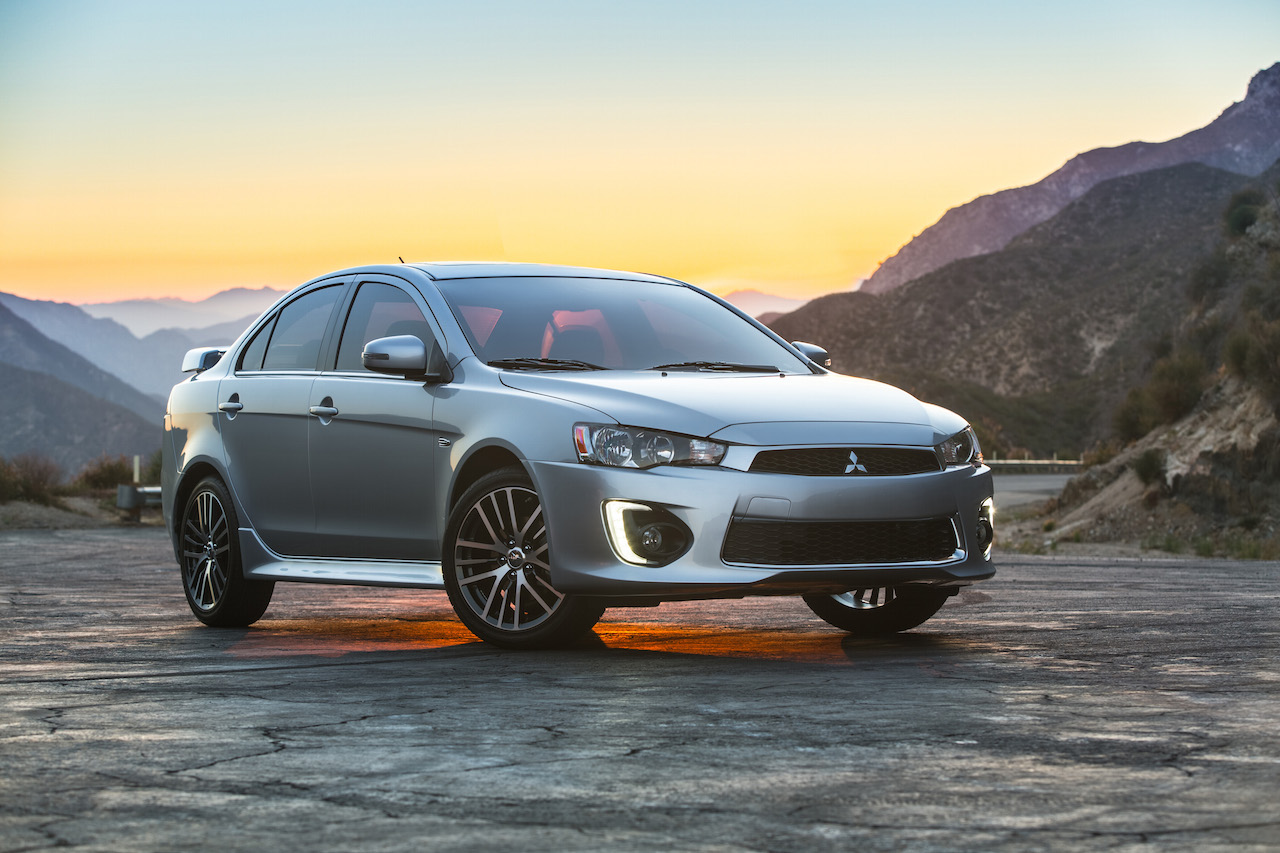 Believe it or not folks, the Mitsubishi Lancer is still with us, in its current form, which has been around since the beginning of time.

Actually, it’s been around since 2007, so that means it’s nearing almost nine years old, so in terms of the life expectancy of your average mainstream car generation, that certainly feels like since the beginning of time.

What it actually is, in my opinion, is proof that Mitsubishi is pretty much on their way to the grave.

Ok, despite this, the 2016 Mitsubishi Lancer is indeed somewhat new, featuring upgraded aesthetics and some new kit. So, what’s new?

Well, the exterior as previously said gets some minor tweaks, which means a revised front-end, new wheels, new taillights and a new rear fascia. The obviously would be sleeker headlights, a front bumper with new daytime running lights, and more streamlined bodywork, which somehow keeps the Lancer from really looking aged to the unassuming pair of eyes. At least that works in their favor.

All are mated to either a five-speed manual or a CVT, while the Ralliart’s automatic is a six-speed dual-clutch box.

Mitsubishi Motors North America, Inc. (MMNA) today announced the fun-to-drive 2016 Mitsubishi Lancer, featuring a new design and a standard features list more impressive than before. With a starting MSRP of $17,595, the Lancer is strongly positioned as a value leader in the compact sedan segment.

“The 2016 Lancer not only looks good with its updated styling, but it drives and performs at a level well beyond its value-oriented price point,” said MMNA executive vice president, Don Swearingen. “The new 2016 Lancer builds upon the legacy of challenging what a compact car can be in terms of design, technology and performance, all at an affordable price.”

Report: Bentley Mulsanne Convertible and Coupe under consideration, other variants of Continental also being studied

September 26, 2011 Omar Rana Comments Off on Report: Bentley Mulsanne Convertible and Coupe under consideration, other variants of Continental also being studied