Tesla finally pulled the wraps off of its highly-anticipated, Model X EV crossover SUV at a special event at their factory in Freemont, California.

Pegged as the world’s first-ever fully-electric mass-production crossover SUV, it basically lives up to our expectations as being a raised Model S sedan with more room.

Boasting a 0.24 cd drag coefficient, thanks to active body work such as the rear spoiler, and simple sleek design void of lots of creases and curves to make it slick as a fish through the air, the Model X promises to serve up lots of range and performance. Speaking of body work, the concept’s original Falcon Wing doors remain, allowing for ease of access. Though, we’d imagine low-clearance roofs and garages may be a challenge.

Inside there’s seating for up to seven people, with that possibly reducing to six, thanks to a 2+3+2 arrangement, front-to-aft, or 2+2+2 arrangements. This is thanks to the lack of need for any underbody tunnels, otherwise required to make room for either driveshafts or exhaust pipes. Instead, in the floor sits the battery pack, much like the Model S, to keep the center of gravity low and to keep the battery away from volatile collision points.

Speaking of which, the powertrain can be had in a couple forms, depending on which version you get. The Model X will be offered in two versions, both all-wheel drive. The 90D features two 255hp electric motors, one at each axle, allowing for a 0-60 time of just 4.8 seconds and a range estimated to crack 257 miles.

Oh yea, and there’s even a Ludicrous Speed upgrade available to drop that down to 3.2 seconds, to possibly make the Model X the world’s quickest crossover SUV in terms of acceleration.

Keeping handling in check is standard adaptive air suspension, lots of active and passive safety gear, supported by a whole range of camera, radar, and sonar-based systems. And get this: there’s even a “bioweapon defense mode” that cleans the air inside of the cabin so much, it created “positive pressure inside the cabin to protect occupants.” So you know, in the event ISIS plans to launch a bioweapon attack against us, you’d be all set with the Tesla Model X.

The order books are open, but the Model X won’t begin shipping until the second half of 2016.

Built electric from the ground up, Model X is designed to be the safest car on the road. Our crash tests indicate that Model X will receive a 5 star safety rating in all categories, the first SUV to ever do so.

Not needing a big gasoline engine under the hood, Model X has a large crumple zone to absorb the energy of a high-speed impact. The battery’s location on the floor gives Model X an extremely low center of gravity, reducing the risk of rollover common in most SUVs. Aluminum pillars reinforced with steel rails protect occupants and the battery while improving roof stiffness.

Model X comes standard with automatic emergency braking and side collision avoidance to prevent accidents from happening in the first place. Tesla makes the only standard AEB system that works at high speed.

Model X is the world’s cleanest SUV on the inside, too. The front fascia is designed with a functional duct that pushes air through the first true HEPA filter system available in an automobile allowing medical-grade air to fill the cabin, no matter what is going on outside.

Model X Falcon Wing doors offer unprecedented convenience, entry, and maneuverability for everyday life. They provide seamless ingress and egress into the second and third row. No longer do parents have to cantilever themselves to avoid hitting their child’s head on the roof as they place them in a car seat.

The double-hinged Falcon Wing doors open up then out, requiring only 30 cm of space on the side of the vehicle. Each door is equipped with capacitive, inductive, and sonar sensors to monitor surroundings and avoid contact with obstacles around the car, making it possible to park in tight spots.

The industry’s first auto presenting door automatically opens and closes as the driver approaches or exits Model X. Why should the driver ever need to touch the door?

Monopost seats move independently, sliding and tilting forward and back. They allow passengers easy access to the third row and give them plenty of foot room when they sit down.

The windshield in Model X stretches up and over the front seat occupants. Second row passengers get a first row vantage point with an expansive view ahead, atop the falcon wing door, and beside them. The windshield’s solar tint transition completes the modern and open feel.

The 17″ center touchscreen seamlessly integrates media, navigation, communications, cabin control and vehicle data into one intuitive interface. Many functions are mirrored on the instrument panel and are voice-activated to focus the driver’s attention on the road.

Whether big or little, there’s a place to store it in Model X. Side pockets, a center console and a blind holster for your iPhone.

Model X provides unprecedented space for passengers and cargo. With three rows of seats, a front and rear trunk, and room under the second row seats, there’s ample room for people, luggage, and big things like surf boards and bikes. For even heavier cargo, Model X is the first electric vehicle with a 5,000 lb. tow capacity.

At the heart of the vehicle is Tesla’s proven electric powertrain, accelerating Model X from 0-60 in a staggering 3.2 seconds and hitting a top speed of 155 mph, all while producing zero emissions.

At 0.24, Model X has the lowest drag coefficient of any SUV in history.

Model X comes standard with an active spoiler that automatically adjusts to three positions for maximum visibility and efficiency. Under 45 mph, the spoiler is positioned so the driver can see above and below it. At higher speeds the spoiler partially retracts for improved highway efficiency (+1.6%), and optimizes the vehicle’s lift distribution. Model X is the only car with an active spoiler equipped with a center-high-mounted stop lamp (CHMSL).

Dual motors digitally and independently control torque to the front and rear wheels to give Model X unparalleled control of traction while increasing performance and efficiency.

Signature Model X comes with a 90 kWh battery providing customers a driving range of 250 miles on a single charge. 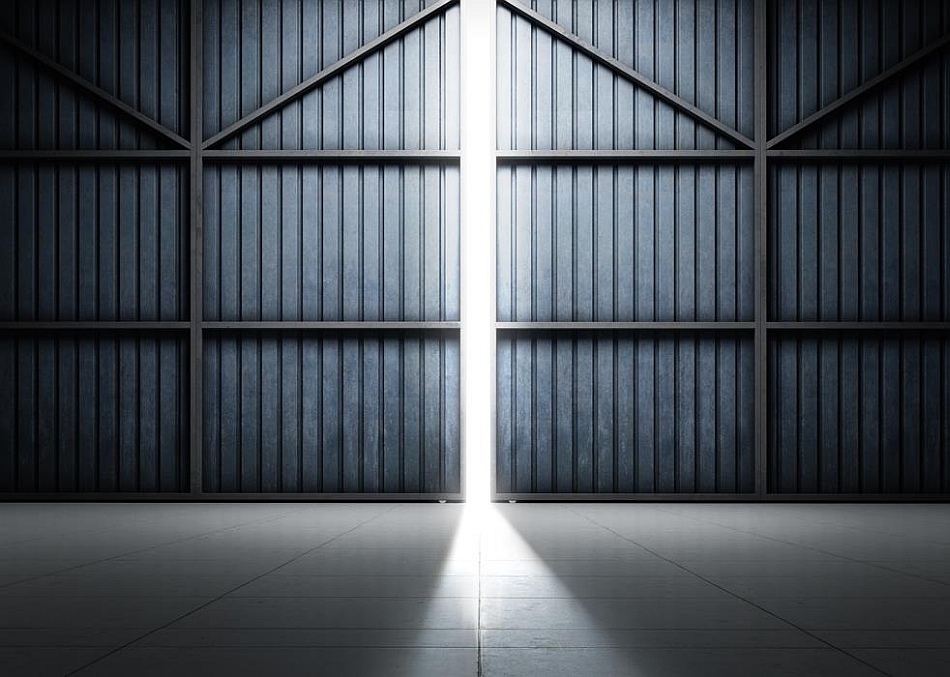 Bugatti teases something via their Facebook, by cracking open some hanger doors

April 9, 2013 Omar Rana Comments Off on Bugatti teases something via their Facebook, by cracking open some hanger doors