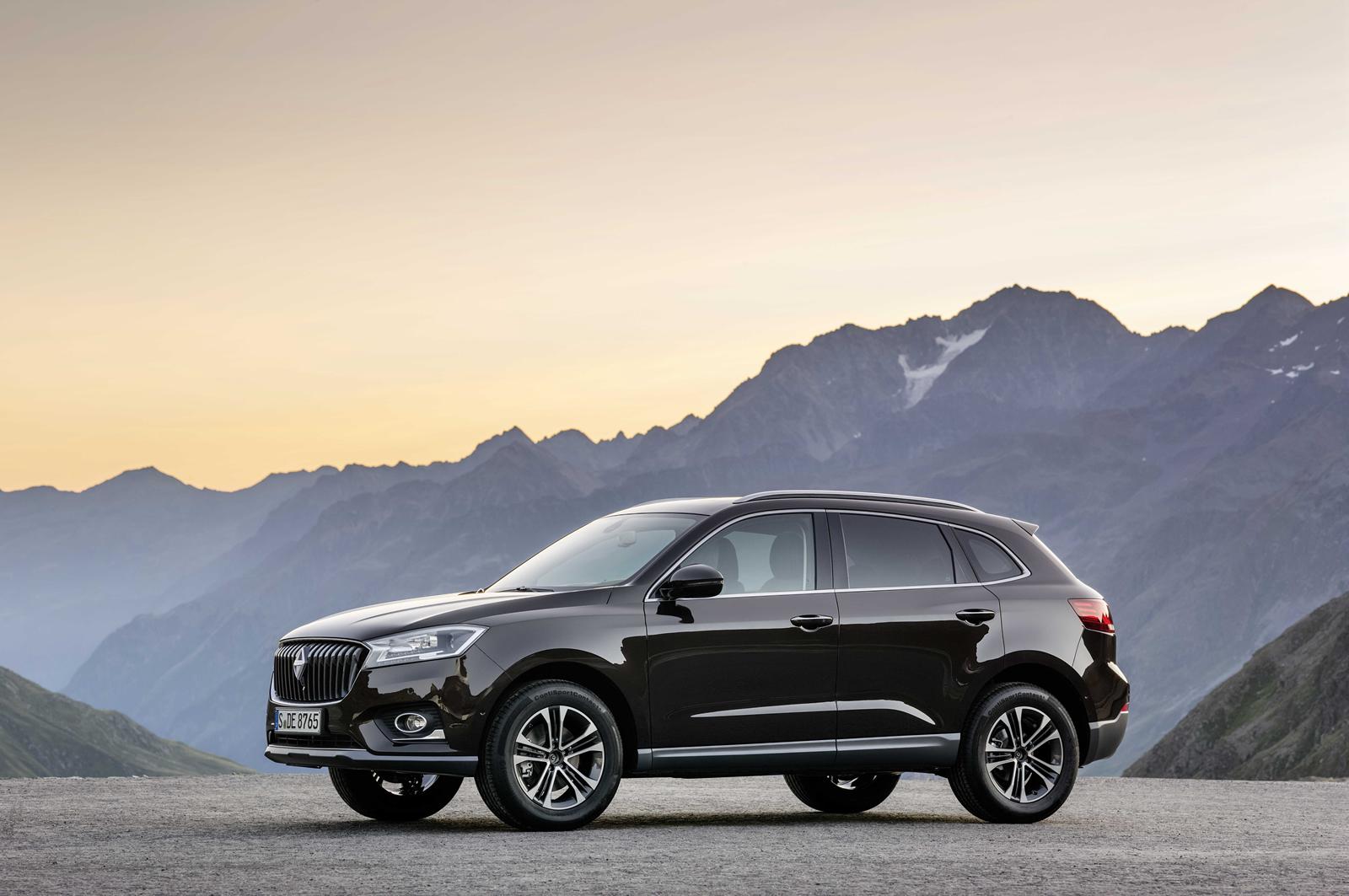 Meet the Borgward BX7. It’s a new midsize crossover from Germany. And no, despite what it looks like, it isn’t some rebadged knock-off of the Audi Q5, though it comes close. Nor is Borgward some company created out of the blue at the hands of some rich, fancy Deutsche entrepreneur who thinks he has the know-how to compete with the best already coming from Germany.

Borgward is actually a long-standing auto manufacturer from Germany that was founded in 1929 as the Borgward Group. It consisted of four small brands: Borgward itself, Hansa, Goliath, and Lloyd.

Borgward was most known for the Isabella in 1954 and were pioneers for some major technological feats in the German auto market, such as air suspension and the automatic transmission in their respective marketplace. But given the strength of its larger counterparts, Auto Union, Mercedes-Benz, Volkswagen, Porsche and BMW, Borgward had a hard time remaining competitive. They suffered major financial woes, leading to a long and consistent legal battle that almost lasted them a half a century.

Fast forward to now however, and they’re back with their first-ever new model.

In 2005, the grandson to original founder, Carl F.W. Borgward, Christian Borgward, partnered up with Karlheinz L. Knoss to reestablish Borgward as Borgward AG in Switzerland, which occurred in 2008. Since then, they hired Norwegian designer, Einar J. Hareide, who’s responsible for the “four-eyed” Mercedes-Benz E-Class model, the W210. Now, after scoring a financial partnership with Chinese truck manufacturer, Foton, they decided to produce a new car after a 54-year hiatus, and that new car is the BX7.

According to several reports, mainly AutoBild.de, the Borgward BX7 is a midsize crossover sporting a 2.0L turbocharged gas four with a dual-clutch seven-speed automatic and all-wheel drive. No power figures exist, but it won’t be the only powertrain offering for the BX7 as the reports indicate the possibility of a plug-in hybrid variant as well with an all-electric range of 34 miles.

This means Borgward seeks to hit the heart of the crossover market and the current demand of its customers for its first attempt back into the competitive automotive playing field, and that’s perfectly fine, since they need a bread-winning core model to help them build some profits to make other cars.

The BX7 will sport the same sort of tech and options found in any other crossover equivalent in its segment, meaning a WiFi hotspot, smartphone connectivity, a 360-degree camera, and a ton of active and passive safety kit–we’d hope so, because, you know, it is 2015.

No word on its availability in the states, since most of America would probably think Borgward is some how related to BorgWarner. But word is it’ll go on sale in Germany for around 26,000 euros, meaning its intended competitor set will involve the likes of the Volkswagen Tiguan and friends.