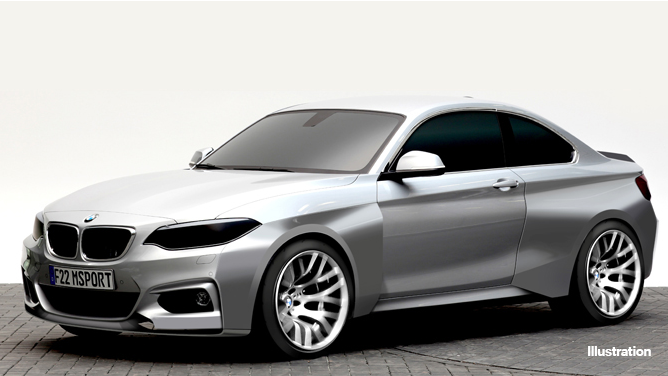 A member on BMW 2-Series enthusiast site, 2Addicts, apparently heard through the grapevine through “insider sources” that a BMW M2 CSL is actually in the works, when the M2 itself hasn’t even been revealed.

So what’s known about this possible M2 CSL? Well, given BMW’s history of making more track-focused versions of their M cars, like the original E46 M3 CSL, the M2’s version will basically be just that.

The insider source said the M2 CSL will be for the Coupes only, so there’s a possibility for a standard M2 convertible, a Concept car is due sometime in 2016 and it’ll be designed and built to pay homage to past CSL models with aggressive aerodynamics and bodywork to match the theme of previous CSL versions.

Though unlike past CSL models, the M2 won’t be the most “extreme version.” It will however be the start of a new beginning for what is supposedly called Power eDrive, a design philosophy to encourage the development of more efficient performance, similar to how Honda coined the cheesy marketing term, “Earth Dreams” for its philosophy of trying to greenify their cars.

This of course means an emphasis on lightweight construction, involving extensive use of carbon fiber reinforced plastics.

Not much else is known, but we could also speculate more power from the BMW M3/M4 sourced 3.0L TwinPower turbocharged inline-six.