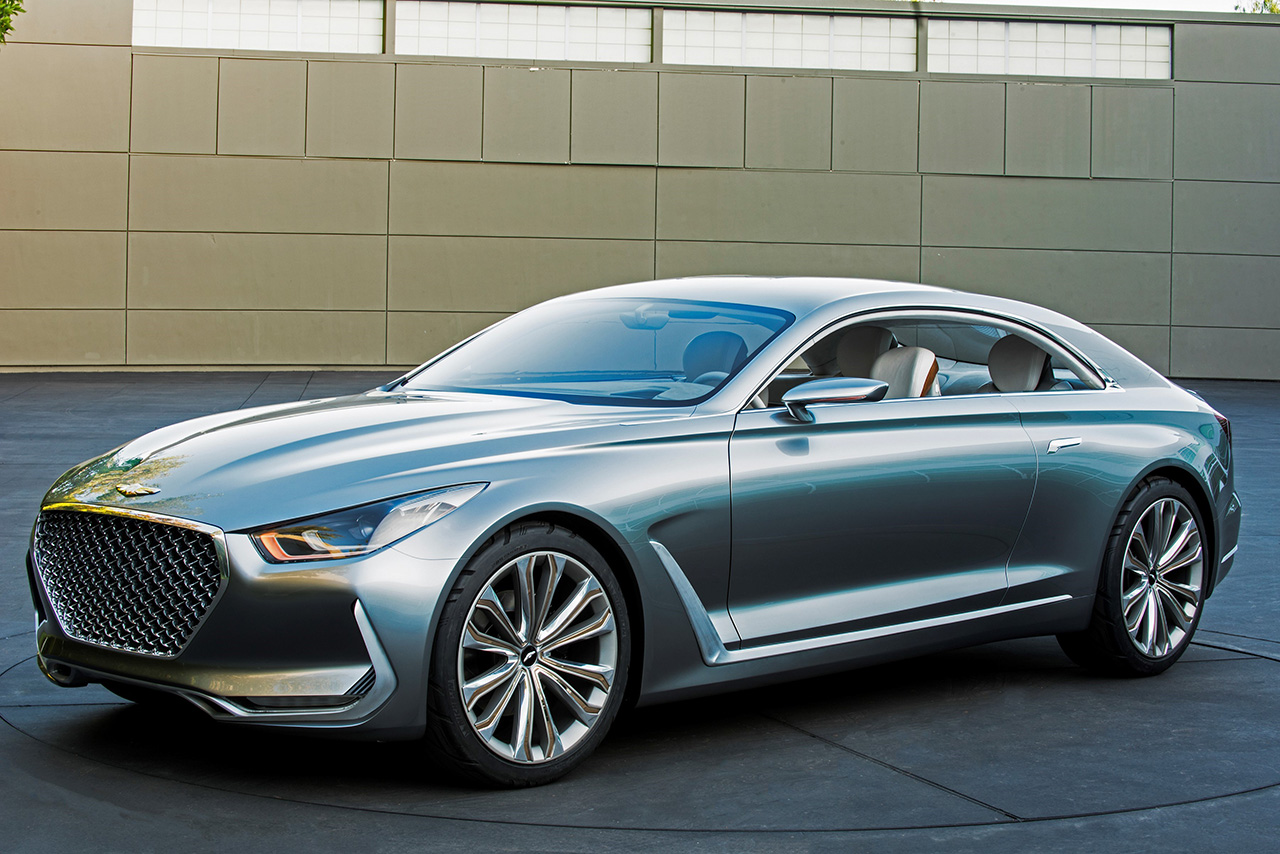 To keep it pretty simple, Hyundai doesn’t produce cars that suck any more. If it was any indication, all you’d have to do is glance over their currently lineup while glancing out the window of your office, home or dungeon to notice that several can be seen plaguing the roads just as much as any other mainstream automaker.

We’ve also written plenty of good things about them, along with many other fellow members of the media and press. As reciprocation, Hyundai’s embraced their positive press and feedback by continuing their trend of new-found success. This even includes moving upmarket into the territories of the well-established mass-markets of affluence, currently preoccupied by the Europeans, Japanese, and now the Americans. And that’s even working out for them.

So much in fact, that Hyundai’s been rumored to be moving much more upmarket to closer compete with these luxury automakers, with supposed plans to make a luxury sports coupe out of the next-generation Genesis Coupe. Now, it seems the South Korean automaker is making that plan into a reality. Meet the all-new Hyundai Vision G Concept.

Built as a new pitch to Hyundai’s hotly anticipated upscale Genesis Coupe, the Vision G incorporates the carmaker’s  latest design theme and elevates it to the ‘enth degree–and boy, is it a stunning looker.

The front is clearly influenced by the current Genesis sedan, with it’s upside-down trapezoidal grille and heavily raked hoodline. It then flows rearward to form a protruding shoulderline, exuding a sense of muscularity and aggressiveness, as it sweeps back and narrows inward towards the trunk. The roofline is kept low and slung for what Hyundai’s Christopher Chapman calls, “a slingshot-like appearance,” which gives the Vision G coupe more of a “shooting brake” profile.

Widened and pronounced wheel wells help accentuate the Genesis Coupe’s angles, and yet breaks them up to avoid giving off the impression that the designer only shaped the car with a ruler and a protractor. And how about those frameless windows with the lack of a B-Pillar, a particularly favorite design feature of mine taken from the likes of classic Mercedes-Benz coupes. All in all, well-played Hyundai, well-played. Very.

Under the long, raked hood sits Hyundai’s epic 5.0L Tau V8 with 420hp and 383 lb-ft of twist, most likely mated to an eight-speed automatic.

Either way, we can’t wait to see what Hyundai has in store for the next Genesis Coupe and if this new concept is any indication, it’s going to truly be an exciting one. You go Hyundai!

FOUNTAIN VALLEY, Calif. Aug. 11, 2015 – Hyundai Motor America revealed the “Vision G” Concept Coupe to a select group of media at the Los Angeles County Museum of Art (LACMA). The concept was described as Hyundai’s inspiration for its family of future premium products that promise luxury, performance and style with the value and responsibility that is the foundation of Hyundai’s brand.

“The concept was designed with coordinated input from Hyundai design studios around the world, but was led by our team here in the U.S.,” said Peter Schreyer, Hyundai’s president and chief design officer. “The design is our interpretation of the idea that Hyundai breathes into all of its vehicles – a DNA that balances design and performance with the idea that you don’t need to be over the top in terms of glitz and stereotypical luxury cues.”

During the design process, Hyundai’s team of designers centered their work on the notion of “chivalry” – a word they felt best defined the idea that one doesn’t need to shout to be noticed and respected. “Vision G” is purposefully understated, despite its size and dramatic lines. One example of this respectful luxury – and a nod to the self-sufficiency of the driver – is a technology that automatically opens the door as if being opened by a valet.

The exterior styling of the concept is highlighted by a long hood, high-beltline and a cabin that presents a slingshot-like appearance. “In keeping with a design that speaks to the owner rather than ‘the spectators’ who might see the car on the road, Vision G appears dynamic and in constant motion,” said Christopher Chapman, head of Hyundai’s U.S. design center and leader of the coupe’s design team. “After all – and if all is right in the world – the only time an owner sees the exterior of the car is when it’s standing still.”

The underlying idea of respectful luxury flows into the interior, underscored by its clarity and simplicity. No glaring examples of luxury, but rather elegant lines and finishes.

“Vision G” will next be shown at the Pebble Beach Concours d’Elegance on Sunday, August 16 in Monterey, Calif. 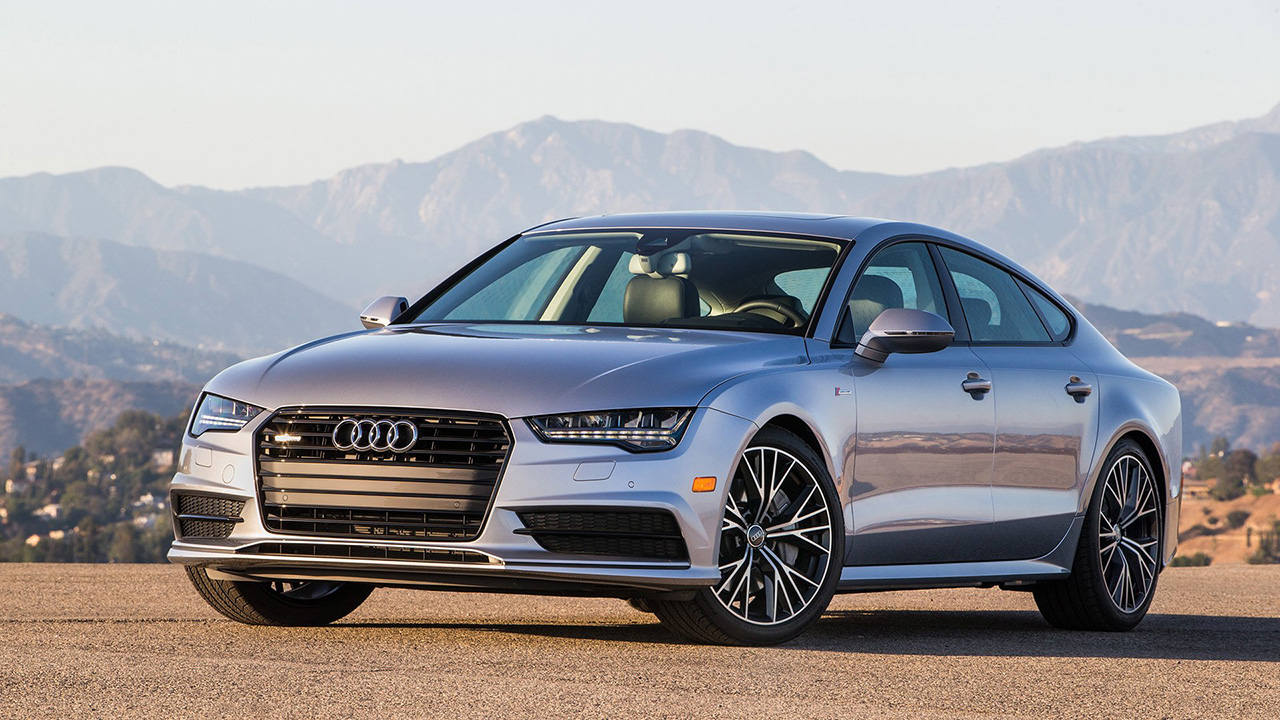 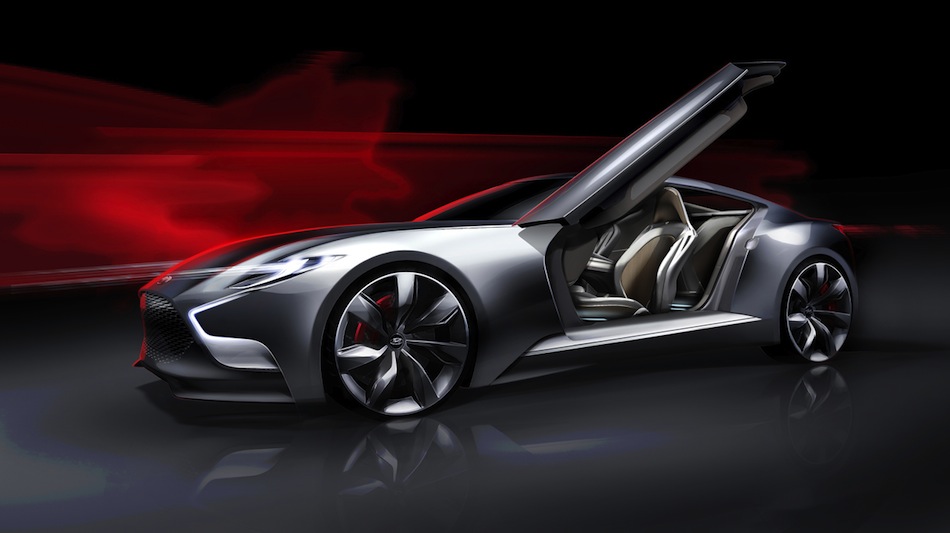 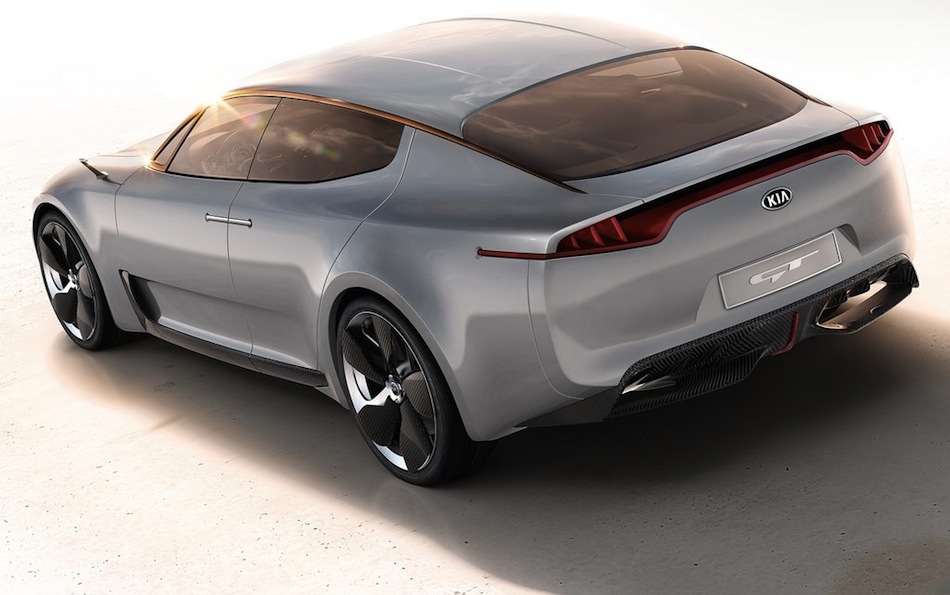 Report: Kia to proceed with GT Coupe, to reach showrooms by 2016

October 23, 2013 Chris Chin Comments Off on Report: Kia to proceed with GT Coupe, to reach showrooms by 2016