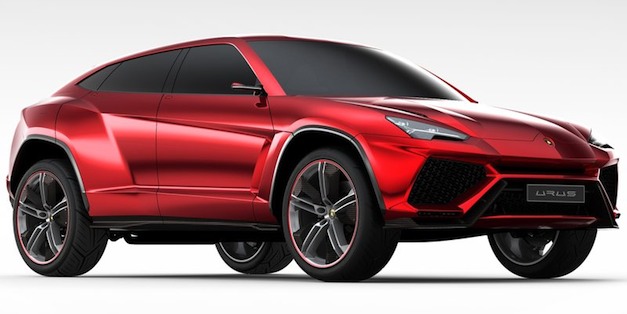 Lamborghini’s been rumored to want to jump on the crossover bandwagon as exhibited by the Urus crossover concept from several years ago.

However, this was not really necessary given the market for this specific type of crossover just didn’t exist and Lamborghini already had the resourceful backing of Volkswagen AG and Audi.

But given the fact that crossovers have grown in popularity exponentially, even in the luxury and supercar segment, Lamborghini just might be forced to produce the Urus. And that’s literally what’s happening, according to Bloomberg, who reports Italy’s own government is trying to push Lambo into producing the Urus by offering the automaker major incentives.

Those type of incentives weren’t exactly disclosed but some were said to involve major tax breaks. Italy seeks to ensure the car gets built on Italian soil to provide jobs for hard-working Italians, instead of outsourcing the assembly and manufacturing to one of VW AG’s other plants around the world.

Dodge Journey to be rebadged as the ‘Fiat Freemont’ in Europe

December 27, 2010 Omar Rana Comments Off on Dodge Journey to be rebadged as the ‘Fiat Freemont’ in Europe