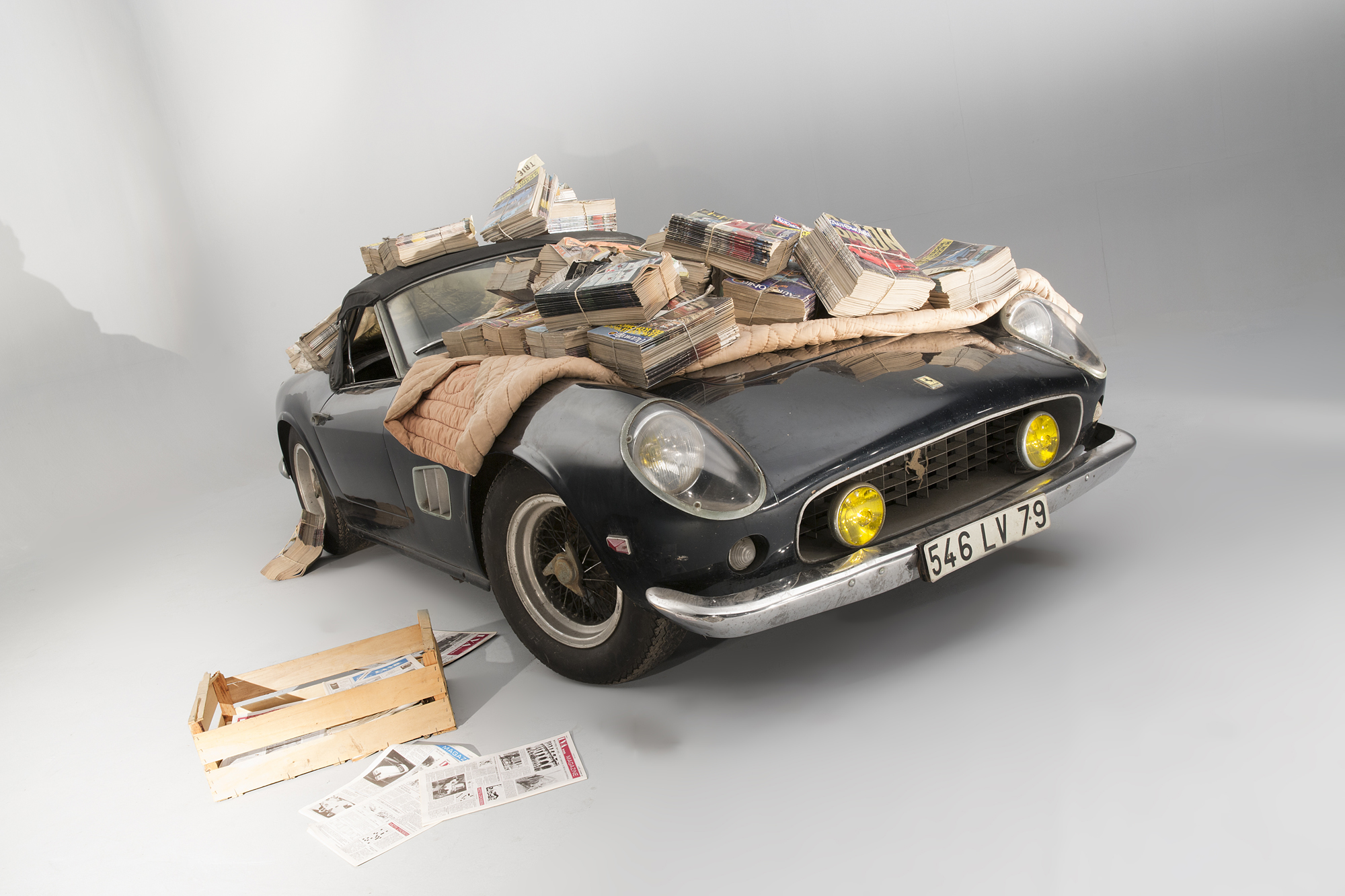 Not too long ago, someone stumbled upon a truly unique collection known as the Baillon Collection, a group of 100 vehicles owned by a French transport tycoon that goes by the name of Roger Baillon.

His plan was to put his collection up for display in a museum but unfortunately, that never happened and the cars were later found as a barn-find. The collection itself was quite extensive, with some cars needing lots of attention to others being in not so bad shape.

One of the more notable cars of the collection was a rather good-condition 1961 Ferrari 250 GT California Spyder with the short-wheelbase, a very rare find–one of just 37 ever made.

Because of how rare it is, the Ferrari recently just set the record for the most ever paid for a 250 GT of any kind. Altogether, the Baillon Collection dialed up as much as $28.5 million in total.

Paris – On Friday 6 February 2015, the collectors’ car department at Artcurial once again caused a stir amongst international collectors who came in huge numbers to the Salon Retromobile. The sale realised 46 165 983 € / 34 260 292 £ / 52 236 667 $, following a marathon two-part auction lasting over 11 hours. The indefatigable Maître Hervé Poulain brought the hammer down on 89% of the lots. Starting at 14.00, over 3,500 people crammed into the saleroom to take part in this historic auction that began with the 59 automobiles in the extraordinary Baillon Collection. Almost 1600 people registered to bid in the sale, with another 1000 connected to the Artcurial Live Bid platform to bid online.

Matthieu Lamoure, Managing Director of Artcurial Motorcars declared: “These exceptional results spring from work that has taken six months. News of the Baillon Collection has travelled around the world. International buyers came together in one room to pay homage to Roger Baillon. This triumph demonstrates the universal passsion for the automobile. This is a significant collection that has enjoyed a significant success.”

« The triumph of the Baillon Collection sale is just reward for the experience of a 40-year career. All eyes have been on Paris and Artcurial, the leading French auction house, that has had the privilege of offering this group of cars. We have been amazed by the response around the world to the announcement of the discovery of the Baillon Collection. These beautiful vehicles have become works of art in their own right. They now go to join private collections and museums around the world, to have another life. » added Hervé Poulain, co-chairman of the Artcurial Group.

Once again, Artcurial Motorcars confirmed its position as leader for Collectors’ Car sales in Continental Europe. Enthusiasts from around the world made their way to Paris, with close to 30 nationalities represented, to celebrate the history of the automobile, in the largest ever collectors’ car sale held in France. During the course of the sale, the auction house set 10 world record auction prices:

Without a doubt the most exciting moment of the afternoon was the appearance of the uncontested star of the sale, the 1961 Ferrari 250 GT SWB California Spider, arriving on the stand as the room plunged into darkness. The saleroom held its breath as the bids rose, before bursting into applause as Maître Hervé Poulain’s hammer fell at 16.3M € / 12.1M£ / 18,5M$ including premium. This is the highest bid in Artcurial’s history.

Pierre Novikoff, specialist in the Artcurial Motorcars department said: “This will go down in history as an extraordinary sale! The Baillon discovery has been an incredible adventure. In addition to the passion it has aroused in enthusiasts, it is the unique story of one man’s dream, carried on by an entire family. The successful sale of the 59 cars in the Baillon Collection reflects the international response by collectors who have been touched by these phantom-like automobiles.”

The collection of Roger Baillon, the inspired industrialist from the west of France who saved a great number of cars from being scrapped between 1950 and 1970, realised 25,15 M€ / 18,7 M£ / 28,5 M$. The 59 « barnfind » lots were all sold, achieving 2,4,6 and sometimes 10 times their estimates, including two world record prices. The public exhibition, staged as a tribute to the museum Roger Baillon had dreamed of, attracted close to 15,000 visitors a day, many of whom had made a special trip from outside France to see these « Sleeping Beauties ». The auction included a pre-emption by the Musée de l’automobile de Compiègne, lot 33, a c.1936 Panhard-Levassor Dynamic X76 coupé junior. This acquisition confirmed the cultural importance of these automobiles.

The sale of the Baillon Collection has been made possible thanks to the long time relationship between Artcurial and the Banque Privée du CIC Ouest.

The second part of the sale, commencing shortly after 17.00, presented some 117 classic and contemporary cars to a full saleroom of enthusiastic bidders. Bidding battles and applause continued throughout the five-hour sale. Three cars changed hands for over one million euros: (lots 117 147 and 193), with eight new world record auction prices, listed below. 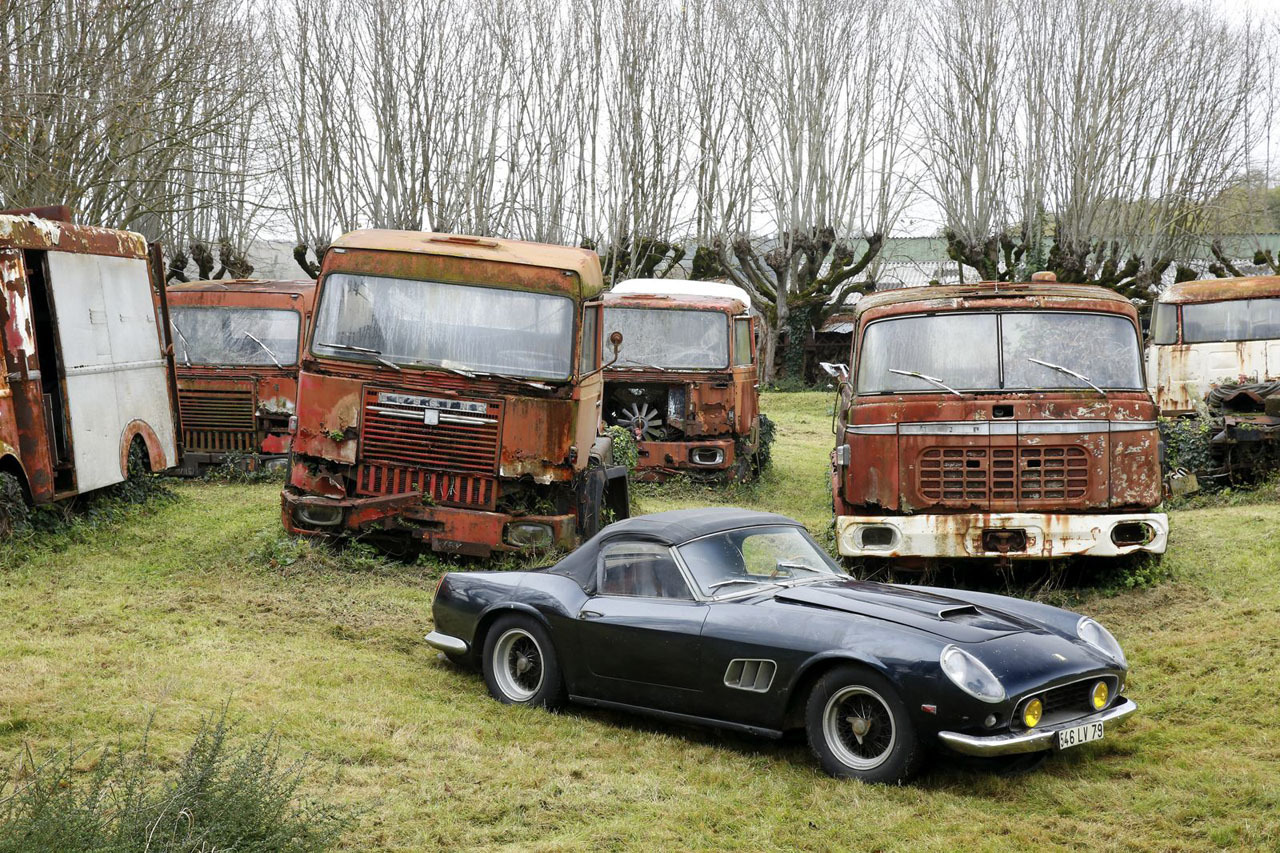 December 9, 2014 Chris Chin Comments Off on Video: This insanely awesome French barn find could fetch a gross net of $18M