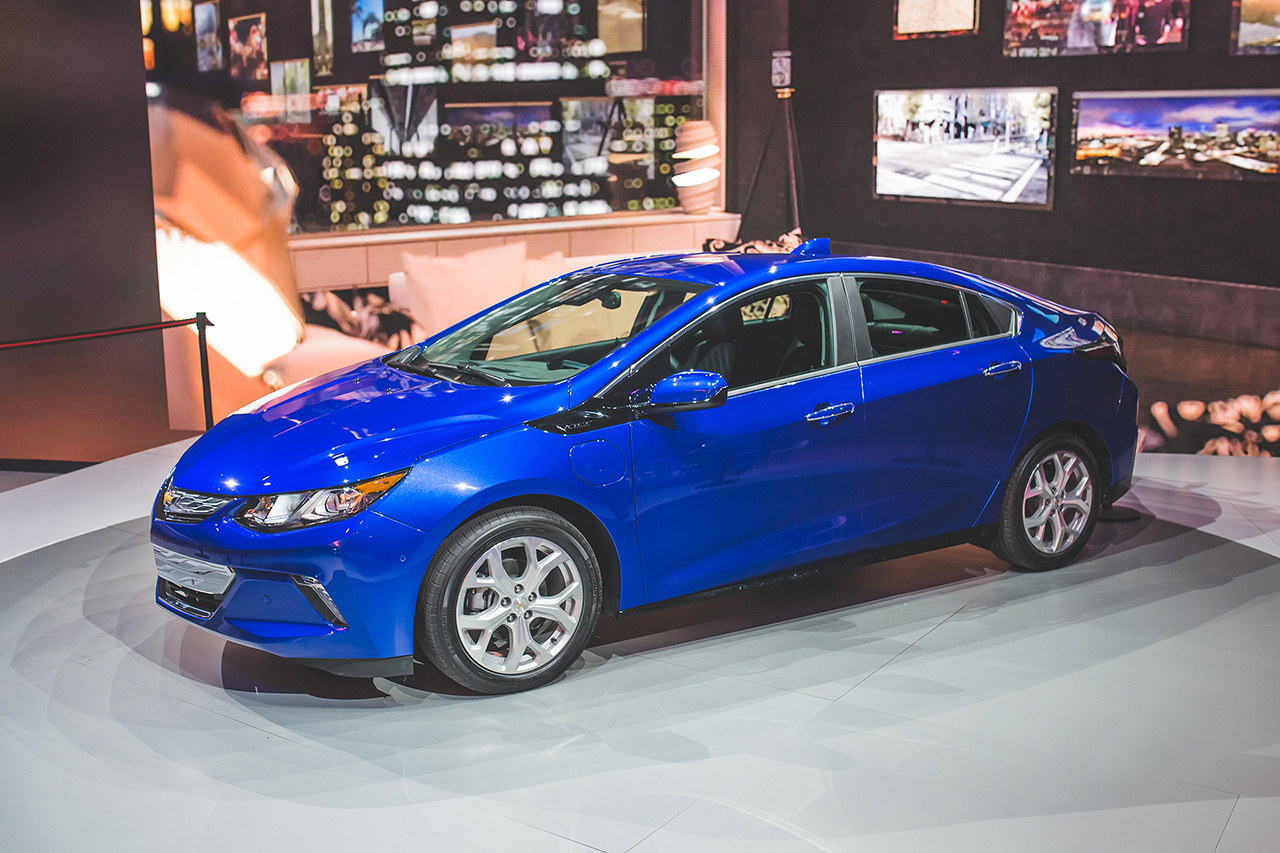 Chevrolet had a big spotlight recent to reveal the all-new 2016 Volt for the second generation.

The new Volt boasts greater EV range, more efficiency and better all around performance. Quite specifically, Chevrolet says the new Volt is capable of at least 50 miles on all-electric power while total driving range, even with the range-extending motor, is rated at around 400 miles.

“The 2016 Chevrolet Volt provides our owners with a no-compromise electric driving experience,” said Alan Batey, president of GM North America, in the press statement. “We believe our engineering prowess combined with data from thousands of customers allows us to deliver the most capable plug-in vehicle in the industry.”

The Chevrolet Volt achieves these figures thanks to a two-motor drive system that’s more efficient and 100lbs lighter than the outgoing design. It consists of a 18.4 kWh battery that’s 20lbs lighter, mated to a 1.5L range-extending motor estimated to provide 41 mpg.

The Volt’s new, efficient propulsion system will offer a General Motors’-estimated total driving range of more than 400 miles and with regular charging, owners are expected to travel more than 1,000 miles on average between gas fill-ups.

“The 2016 Chevrolet Volt provides our owners with a no-compromise electric driving experience,” said Alan Batey, president of GM North America. “We believe our engineering prowess combined with data from thousands of customers allows us to deliver the most capable plug-in vehicle in the industry.”

The 2016 Chevrolet Volt’s technology and range advancements are complemented by a design that blends sculpted, muscular proportions with aerodynamic efficiency, and an all-new interior with seating for five and improved functionality.

Everything from charging the battery and checking the charge status, to the intuitiveness of instrument panel controls were designed for easier use.

“According to independent surveyors, Volt owners are the most satisfied in the industry and they were our compass for developing the next-generation model,” said Batey.

Volt’s flowing, dynamic shape is inspired by the toned physiques of athletes and even the natural shapes of wind-swept sands, with carved body sides and fenders that blend into the hood. The front-end appearance retains the iconic Volt identity, with bright upper and lower grille pads.

Greater attention to detail in the design cues, materials and colors also lends a more premium, contemporary aura to its appearance. It also retains the distinctive Volt signature on the upper front doors, carrying over one of the first-generation model’s identifiers.

Inside, the new Volt includes seating for five. Fresh colors exude an inviting upscale aura – complemented by blue ambient lighting – while the controls are more intuitively placed and simpler to operate.

“Volt owners complete more than 80 percent of their trips without using a drop of gasoline and they tell us they love the electric driving experience. Putting that experience at the center of the new Voltec system’s development helped us improve range, while also making the new Volt more fun to drive,” said Andrew Farah, vehicle chief engineer. “We established a precedent when the original Voltec propulsion system debuted and this newest iteration sets the EV technology bar even higher.”

GM’s industry-leading battery technology has been reengineered for the next-generation Volt. The 2016 Volt will use an 18.4 kWh battery system featuring revised cell chemistry developed in conjunction with LG Chem. While overall system storage capacity has increased, the number of cells have decreased from 288 to 192 as the result of a revised chemistry. The cells are positioned lower in the pack for an improved (lower) center of gravity and the overall mass of the pack is 21 pounds (9.8 kg) lighter.

Like the battery system, the next-generation Volt’s two-motor drive unit delivers increased efficiency and performance along with reduced noise and vibration. The drive unit operates up to 12 percent more efficiently and weighs 100 pounds (45 kg) less than the current system.

Both motors operate together in more driving scenarios, in both EV and extended-range operation. The ability to use both motors helps deliver a 19 percent   improvement in electric acceleration from zero to 30 mph (2.6 seconds) and a 7 percent improvement from zero to 60 mph (8.4 seconds).  GM engineers designed the Voltec electric motors to use significantly less rare earth materials. One motor uses no rare earth-type magnets.

More convenient location-based charging
Using real-world experiences of today’s Volt owners, Chevrolet made the charging system in the next-generation Volt more convenient for customers to recharge the battery – and to check the charge status.

The new and enhanced features include:

GPS location-based charging
“Owners will now be able to set their charging preferences exclusively for “home” charging and the vehicle will automatically adjust to that setting when it is at “home” based on GPS data,” said Farah, the chief engineer. “The new Volt will give owners greater flexibility for charging on their terms and make public charging easier.”

This will allow owners to pre-set their 120V charging level (eight amps or 12 amps) and whether they wish to charge immediately, set a departure time for each day of the week, or set a departure time and a utility rate schedule to charge only at off-peak rates. These setting will only have to be programmed once and the Volt will default to them when the vehicle return to its home location.

New, more intuitive charge status indicators
The next-generation Volt makes it easier for owners to confirm their Volt is charging and gauge charge status. The new status system features a specially designed tone that indicates when charging has begun, with additional tones for delayed charging. It will even indicate if the charge port door was left open after unplugging but before entering the vehicle.

With a glance through the windshield, an updated charge status indicator light on the on the top of the instrument panel will show the approximate charge level through a series of flashes. An available illuminated charge port makes it easier to plug in after dark.

Portable cord set enhancements
A new 120V portable cord set has a simpler, compact design with more convenient storage location. The storage bin for the cord is now located on the left side of the Volt’s rear cargo area, above the load floor, for improved accessibility.

The new, active safety technologies and structural enhancements build on the Volt’s legacy of top safety performance, which include a 5-Star overall New Car Assessment Program rating from the National Highway Traffic Safety Administration for the current model.

Manufacturing
GM is investing $435 million in the production of three products, including the next-generation Chevrolet Volt, at the Detroit-Hamtramck Assembly Plant and future battery technologies at the Brownstown, (Mich.) Battery Assembly Plant, where the Volt’s lithium-ion battery pack is produced.

Since its introduction in late 2010, the Volt has established southeast Michigan as the hub of vehicle electrification development and manufacturing. The next-generation Volt will feature approximately 70 percent U.S. and Canadian components within its first year of production, a nearly 20-percent increase from the first generation.

About Chevrolet
Founded in 1911 in Detroit, Chevrolet is now one of the world’s largest car brands, doing business in more than 140 countries and selling more than 4.8 million cars and trucks a year. Chevrolet provides customers with fuel-efficient vehicles that feature engaging performance, design that makes the heart beat, passive & active safety features and easy-to-use technology, all at a value. More information on Chevrolet models can be found at www.chevrolet.com. 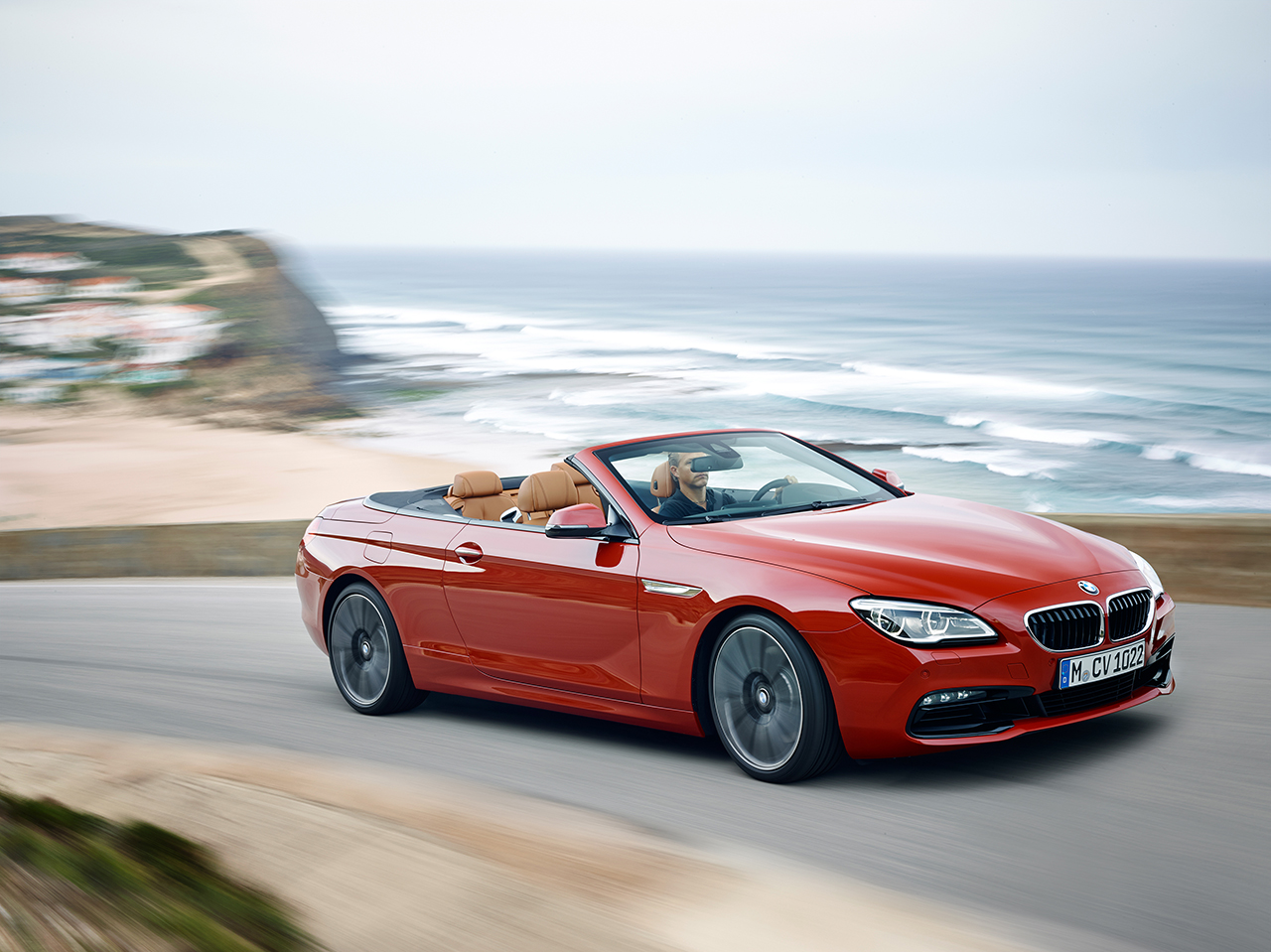 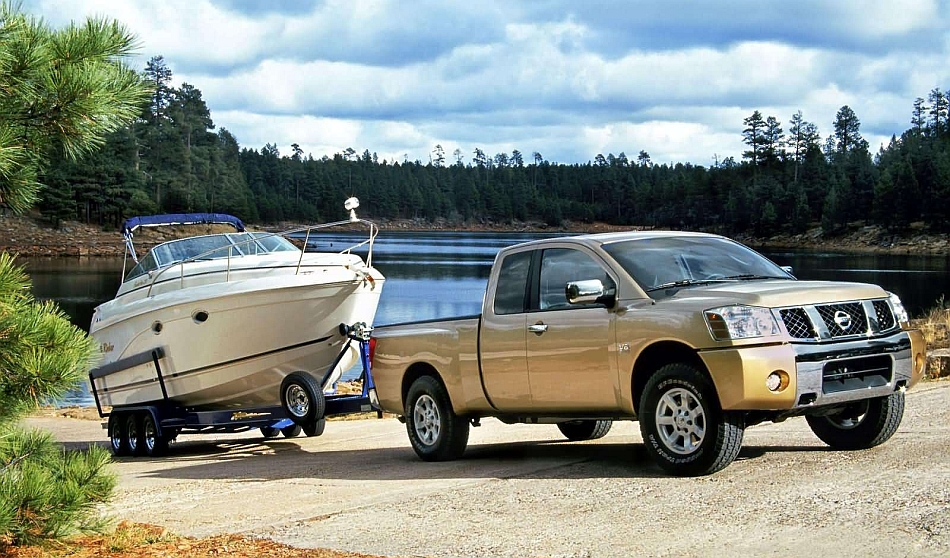