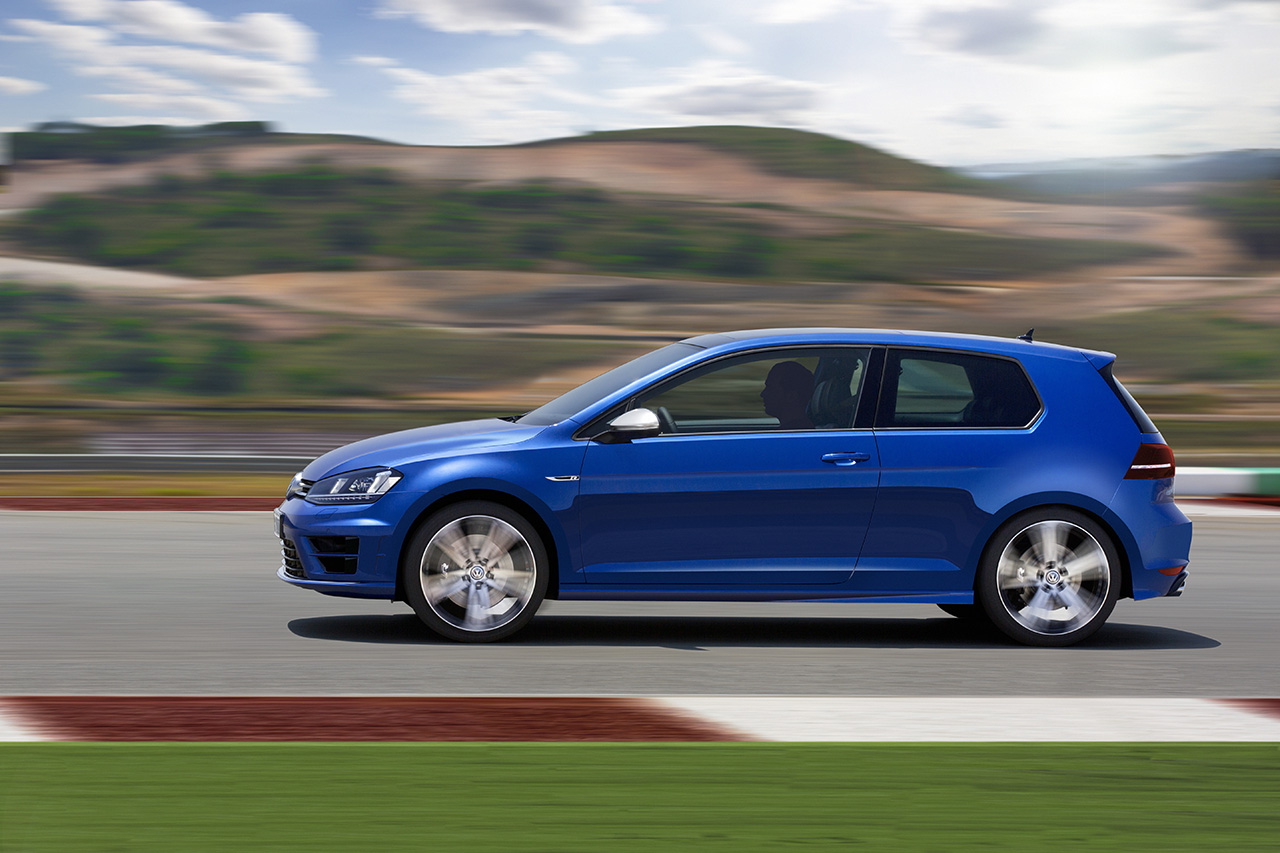 Volkswagen sought the open microphone at the 2014 LA Auto Show to announce the pricing details for the 2015 Golf R hatchback. As expected, it’s pretty high, but with the R comes the title as the most potent Golf ever sold on our shores.

The base Golf R starts life as a Rabbit five-door and gets the whole R treatment, featuring a hyped-up 2.0L TFSI turbocharged four pumping out 292hp and 280 lb-ft of torque with a six-speed DSG automatic and a Haldex-based all-wheel drive system. 0-60 happens in just 4.9 seconds and the Golf R’s top sprint ends at 155 mph as per the usual gentlemen’s agreement.

Only 500 will be made available for North America and is as exclusive as previous versions of Golf R, such as the R32.

– Well-equipped Golf R starts at $36,595 with DSG® dual-clutch automatic transmission
– Technology-rich Golf R with DCC and Nav starts at $39,090 with DSG transmission
– With 292 horsepower, the Golf is the most powerful Golf ever to be sold in the U.S. market
– New Golf R has 36 horsepower and 37 pound-feet of torque more than previous generation model
– First 500 Golf R models can be pre-ordered
– Standard Bi-Xenon headlights with LED turn signals and U-shaped LED DRLs

Herndon, VA – Volkswagen of America, Inc., today, announced pricing for its 2015 Golf R, the fastest and most powerful Golf ever to be sold in the U.S. market . Joining Volkswagen’s extensive Golf family of versatile, sporty hatchbacks, the Golf R starts at $36,595 (plus $820 destination) when equipped with the DSG® six-speed dual-clutch automatic transmission.

With 292 horsepower from its turbocharged and direct-injection EA888 TSI® engine, the all-new Golf R has 36 horsepower and 37 pound-feet torque more than the previous model.

Despite the additional power and torque, the new R model is considerably more fuel-efficient than its predecessor, with an EPA estimated highway fuel economy rating of 30 mpg with the six-speed DSG transmission, up from 27 mpg for the previous, manual -transmission model.

Like all previous Golf R models, the new model transfers its power to the road via a permanent all-wheel-drive system; in this case, the latest version of the 4MOTION® system with a fifth-generation Haldex® coupling. To help ensure great chassis dynamics, there’s a new sport suspension, progressive variable-ratio steering, and a stability control system (“ESC Sport”) which can be deactivated for track driving. Other highlights include the optional DCC® adaptive damping system.

The all-new Golf R is equipped with an extensive package of exclusive features. Along with specially designed bumpers, side skirts, and the option of 18- or 19-inch aluminum-alloy wheels, the Golf R can also be visually distinguished from the GTI by details such as standard Bi-Xenon headlights with newly designed LED daytime running lights (in a dual-U design) and a two-branch exhaust system that has four chrome tips. Inside, the Golf R underlines its position as the flagship of the model range with sport seats with leather seating surfaces, a leather-wrapped three-spoke sport steering wheel, ambient lighting, and R-specific instrumentation.

The Golf R will be launched in the U.S. in the first quarter of 2015 in four -door form only, initially with the DSG dual-clutch automatic transmission. There will be two models: the well-equipped Golf R and the technology-rich Golf R with DCC and Nav, with prices starting from $36,595 and $39,090 for DSG models.

Notes:
This press release and images of the 2015 Golf R are available at media.vw.com. Follow us
@VWNews

Available EPA fuel economy estimates are provided and identified as such. Actual mileage will vary and depends on several factors including driving habits and vehicle condition. 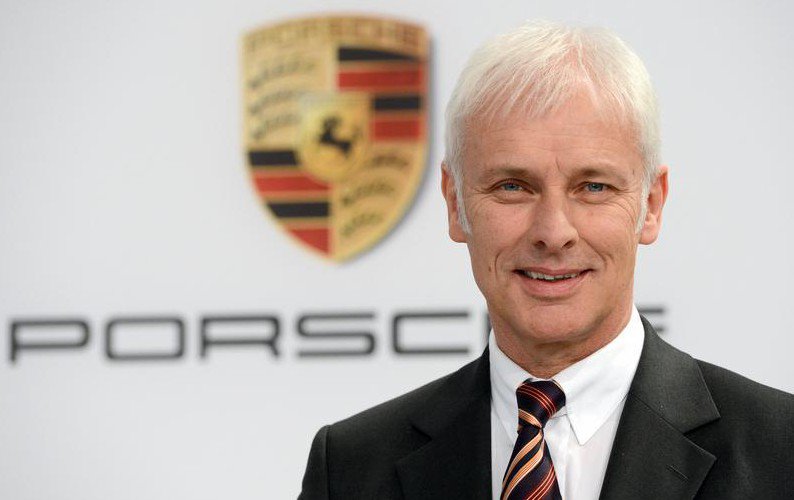 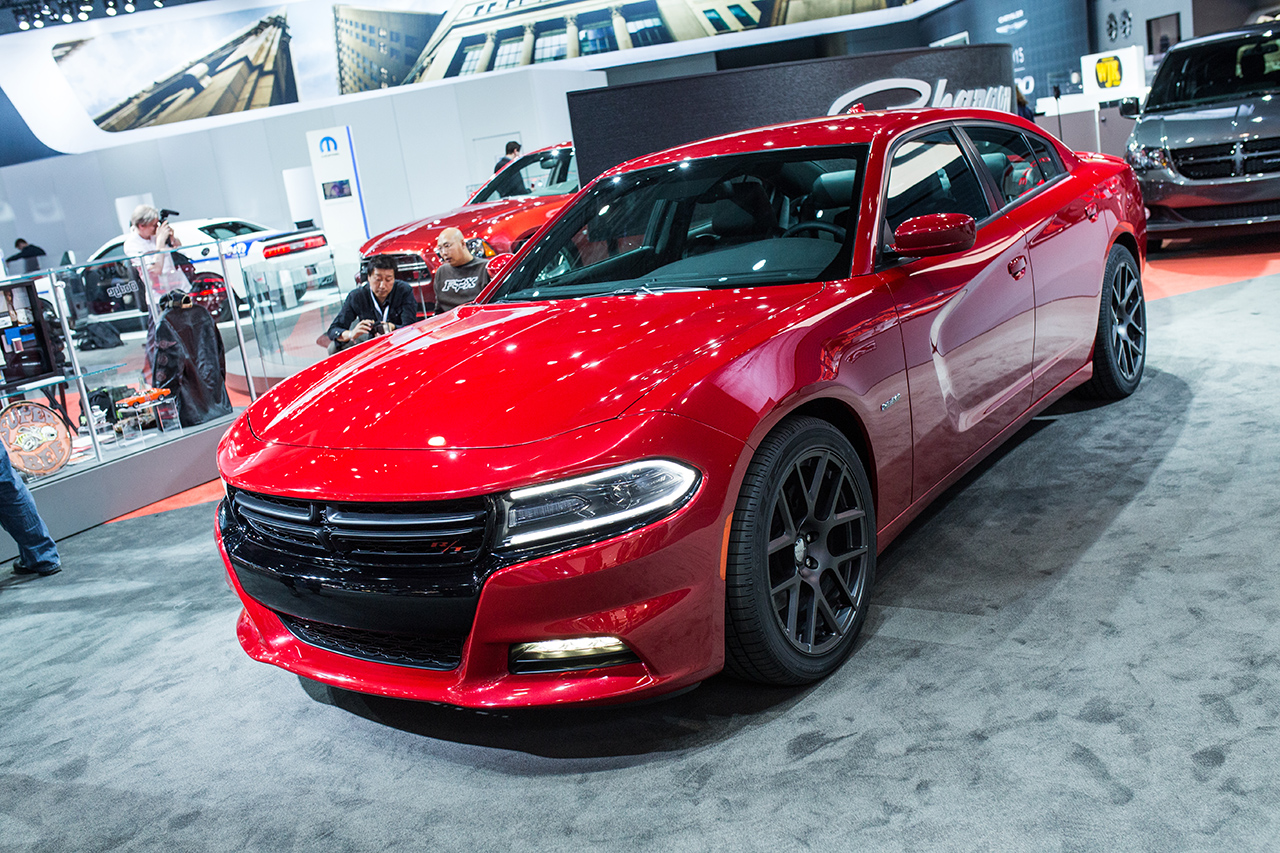