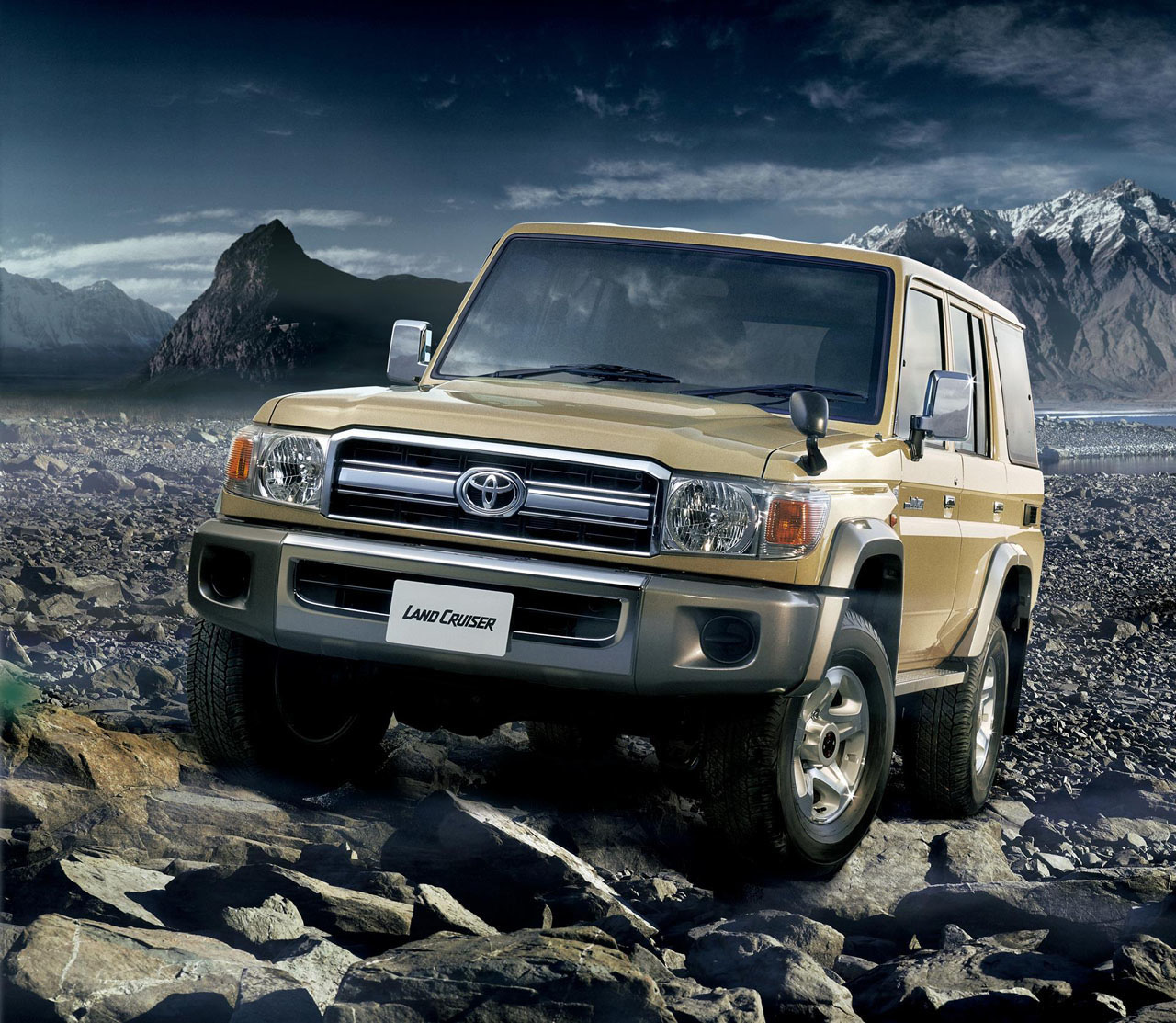 We’re sure that like us, you’re wishing some of your favorite automobile manufacturers would just go on a special nostalgia tantrum, reengineering and building, from new, classic models for the sake of, why the hell not. It’d be like rebuilding the Titanic, giving it air conditioning, top-spec steam turbine engines and the actual ability to withstand, if not avoid, icebergs altogether.

Actually, that’s exactly what Toyota did, in order to celebrate the 30th anniversary for the Land Cruiser 70, produced from 1984, all the way up to 2004. This year marks the 30th year anniversary of this specific Land Cruiser, which has served Japan for quite some time. Even today, the Land Cruiser 70 is still built for select markets, and that’s because it continues to be a smash hit. Also, for the first time, Toyota is offering a double-cab pickup version of the 70.

The latest model has also been tweaked to meet Japan’s latest standards of today, including a new 4.0L V6 with 228hp and 266 lb-ft of torque, lifted straight from Toyota’s current offerings, and is mated solely to a five-speed manual. Sounds like a match made in heaven, like if BMW decided to reengineer and rebuild the first generation E28 M5 with modern 3.0L turbocharged inline-six from 335. The Land Cruiser also gets part-time four-wheel drive and optional front and rear locking differentials.

Check out the press release after the jump and dream on with some video action.

Toyota City, Japan, August 25, 2014―Over the 30 years since its launch, the “Land Cruiser 70″―a milestone model of Toyota’s longest-running nameplate―has gained devoted fans worldwide. Sales in Japan ended in 2004, but to respond to widespread domestic requests for its return to sale and to commemorate its 30th anniversary, Toyota is re-releasing the Land Cruiser 70 in Japan for roughly a year1. Additionally, two special edition versions of current models will go on sale at dealers throughout Japan.

The Land Cruiser 70, first launched in Japan in 1984, has heavy duty specifications adapted for off-road driving. The Land Cruiser 70 will go back on sale today at dealers throughout Japan, and Toyota expects to receive 200 orders a month for the one year period it will be sold. In addition to the four-door van model previously available, for the first time in Japan customers will also be able to choose a double-cab pickup truck. The vehicles will be produced at Toyota Auto Body Co., Ltd.’s Yoshiwara Plant.

The Land Cruiser 70’s ladder-frame construction gives it its legendary robustness and durability. These features are combined with a V6 4.0-liter engine and part-time four-wheel drive to reproduce the Land Cruiser’s classic features, including its excellent drivability. The vehicle incorporates modern interior and exterior design elements and safety features to meet today’s needs.

1. Superior performance to conquer any road

Chassis/Body
The Land Cruiser 70 draws on the heritage of previous models. It has been designed to far more demanding standards than regular passenger vehicles and also leverages 30 years of improvements to realize superior robustness and durability since it launched. The traditional closed ladder frame mounting with cross braces provides a high degree of rigidity for traveling on rough roads, while also offering superior safety and comfort. Generous approach, break-over and departure angles for travel on rugged roads and over obstacles enable the vehicle to drive on grueling terrain beyond the capabilities of a regular passenger vehicle.

The four-door van has a typical Land Cruiser form and offers excellent riding comfort. The Japan-first double-cab pickup truck provides sturdy deck space, and can bear up to 600 kilograms of cargo.

Driving Performance
The V6 4.0-liter 1GR-FE engine is the first of its kind in Japan. The use of VVT-i2 provides high intake efficiency, while a light aluminum cylinder block and an Acoustic Control Induction System (ACIS) enable a 6.6 km/L fuel efficiency (under the Japanese Ministry of Land, Infrastructure, Transport and Tourism’s JC08 test cycle) along with high power performance of 170 kW (231 PS) maximum rpm and 360 N/m (36.7 kgf/m) maximum torque.

The five-gear manual transmission uses triple cone synchros on the second and third gears, achieving superior maneuverability and durability. The vehicle is equipped with a part-time four-wheel drive system (with dual-mode automatic locking hub) which allows the driver to select driveline using the transfer lever bar. This offers the option of quiet and fuel efficient two-wheel drive driving in town and on the freeway, while switching to four-wheel drive provides comfort and driving performance on uneven ground and slippery roads.

An optional extra electric differential lock (front and rear) prevents the vehicle getting stuck due to wheel-spin. Switch-operated locking of the differential gear transfers driving power to the grounded wheels, improving the vehicle’s capability to traverse mud and holes. An optional extra electric winch for the front bumper bar assists in moving the vehicle if it gets stuck, in removal of obstacles and for moving heavy loads.

Design
While the exterior inherits the Land Cruiser’s signature sturdiness, the front takes on a more modern design. In addition to an updated front grille and hood, the modern headlights incorporate turn indicators.

The interior also maintains the signature strength of the Land Cruiser while incorporating modern design features. The instrument panel is highly functional, featuring a straight horizontal design to help the driver stay aware of the vehicle’s position when driving off-road.

A 30th anniversary commemorative emblem is featured on both sides of the vehicle. A special leather key case and leather maintenance record holder are also included.

Safety Equipment
Modern safety adaptations include SRS airbags to assist in passenger protection in the event of a collision, and ABS to ensure greater control in an emergency by preventing the wheels from locking during braking.

The Land Cruiser ZX Bruno Cross is based on the Land Cruiser ZX (of the “200” series currently sold in Japan and elsewhere). Special features include super chrome metallic paint, aluminum wheels and premium nappa leather seats. Additional touches, such as plated side mirrors, emphasize the vehicle’s luxury feel.

The Land Cruiser Prado TX Argento Cross is based on the Land Cruiser Prado TX (of the “150” series currently sold in Japan and elsewhere). The vehicle’s stylish features include a silver and black color scheme on the seat covers and roof railing, an exclusive dark gray metallic paint for the wheels, and a geometric instrument panel.