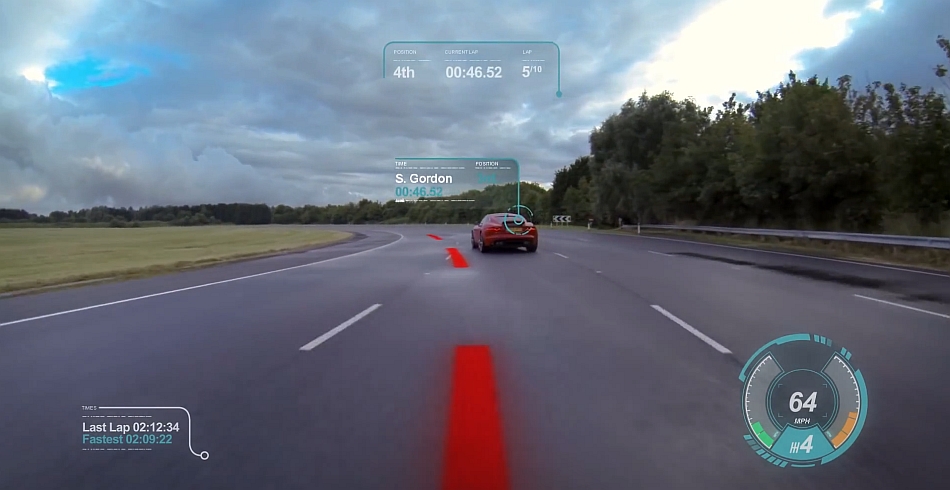 Jaguar seems to want to up its game in the tech department by becoming a leader. Following the announcement of a new engine family from the Coventry-based automaker, Jaguar revealed what they call Jaguar Virtual Windscreen, and it’s exactly what it sounds like.

The system is described as a seriously intensive, all-windshield covered heads-up display and telematics recorder that relays all sorts of information to the driver in a videogame-like fashion. Data like lap times, grid position, a virtual racing line and brake guidance, like in Forza Motorsport and Gran Turismo, can be viewable in said heads-up display. This is essentially Jaguar’s version of Land Rover’s Transparent Bonnet system, allowing drivers of future Land Rovers to see what’s under and ahead of them when off-roading to avoid damaging vital components.

For the breakdown, check out the video and press release after the jump.

Whitley, UK: Jaguar Land Rover is creating cutting-edge technologies to develop new ways to give drivers higher quality, life-like graphics and information that will offer an enhanced ‘virtual’ view of the road or race track.

The ‘Jaguar Virtual Windscreen’ concept uses the entire windscreen as a display so the driver’s eyes need never leave the road. High quality hazard, speed and navigation icons could all be projected onto the screen together. For performance drivers, imagery that could aid track driving includes:

Racing line and braking guidance. Virtual racing lines on the windscreen appear to be marked on the track ahead for optimum racing line, with changes in colour to indicate braking guidance.
Ghost car racing. Improve your lap times by racing a ‘ghost car’ visualisation of your car on a previous lap, or compete against a lap uploaded from another driver.
Virtual cones can be laid out on the track ahead for driver training. These could be moved as the driver’s ability improves.

Dr Wolfgang Epple, Director of Research and Technology for Jaguar Land Rover, said: “We are working on research projects that will give the driver better information to enhance the driving experience. By presenting the highest quality imagery possible, a driver need only look at a display once. Showing virtual images that allow the driver to accurately judge speed and distance will enable better decision-making and offer real benefits for every-day driving on the road, or the track.”

Jaguar Land Rover is developing a gesture control system to keep the driver’s eyes on the road and reduce distraction by limiting the need to look at or feel for buttons and switches to press.

Jaguar Land Rover’s gesture control research uses E-Field Sensing, which is based on the latest capacitive discharge touch screensand gives much greater accuracy than ever before. A smartphone today detects the proximity of a user’s finger from 5mm. The Jaguar Land Rover system increases the range of the sensing field to around 15cm which means the system can be used to accurately track a user’s hand and any gestures it makes inside the car.

“Gesture control has already become an accepted form of controlling anything from TV sets to games consoles. The next logical step is to control selected in-car features. We have identified which functions still need to be controlled by physical buttons and which could be controlled by gesture and carefully calibrated motion sensors,” said Dr Epple. “The system is currently being tested on a number of features including sunblinds, rear wipers and satellite navigation maps. It has the potential to be on sale within the next few years.”

Jaguar Land Rover’s research team is also looking at technology that could replace rear view and external mirrors with cameras and virtual displays. Using two-dimensional imaging to replace mirrors is limited by the fact that single plane images on a screen do not allow the driver to accurately judge the distance or speed of other road users.

Jaguar Land Rover has therefore developed an innovative 3D instrument cluster, which uses the latest head- and eye-tracking technology to create a natural-looking, specs-free 3D image on the instrument panel. Cameras positioned in the instrument binnacle or steering column area track the position of the user’s head and eyes. Software then adjusts the image projection in order to create a 3D effect by feeding each eye two slightly differing angles of a particular image. This creates the perception of depth which allows the driver to judge distance. 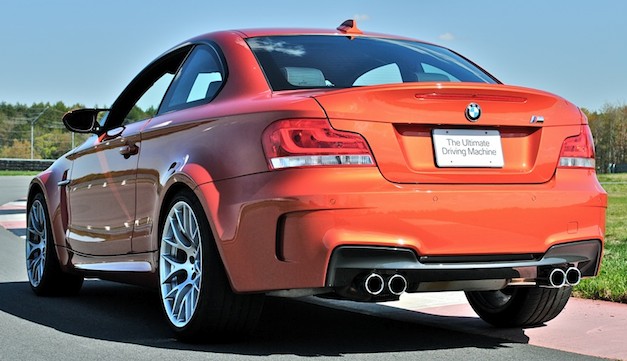 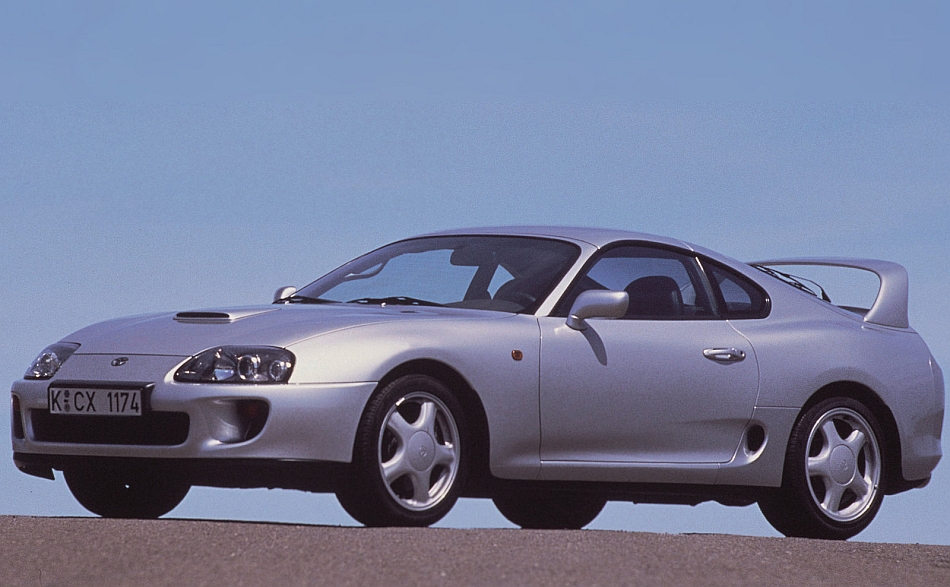 Report: Toyota’s new chairman to be is also pushing for a Supra-like successor 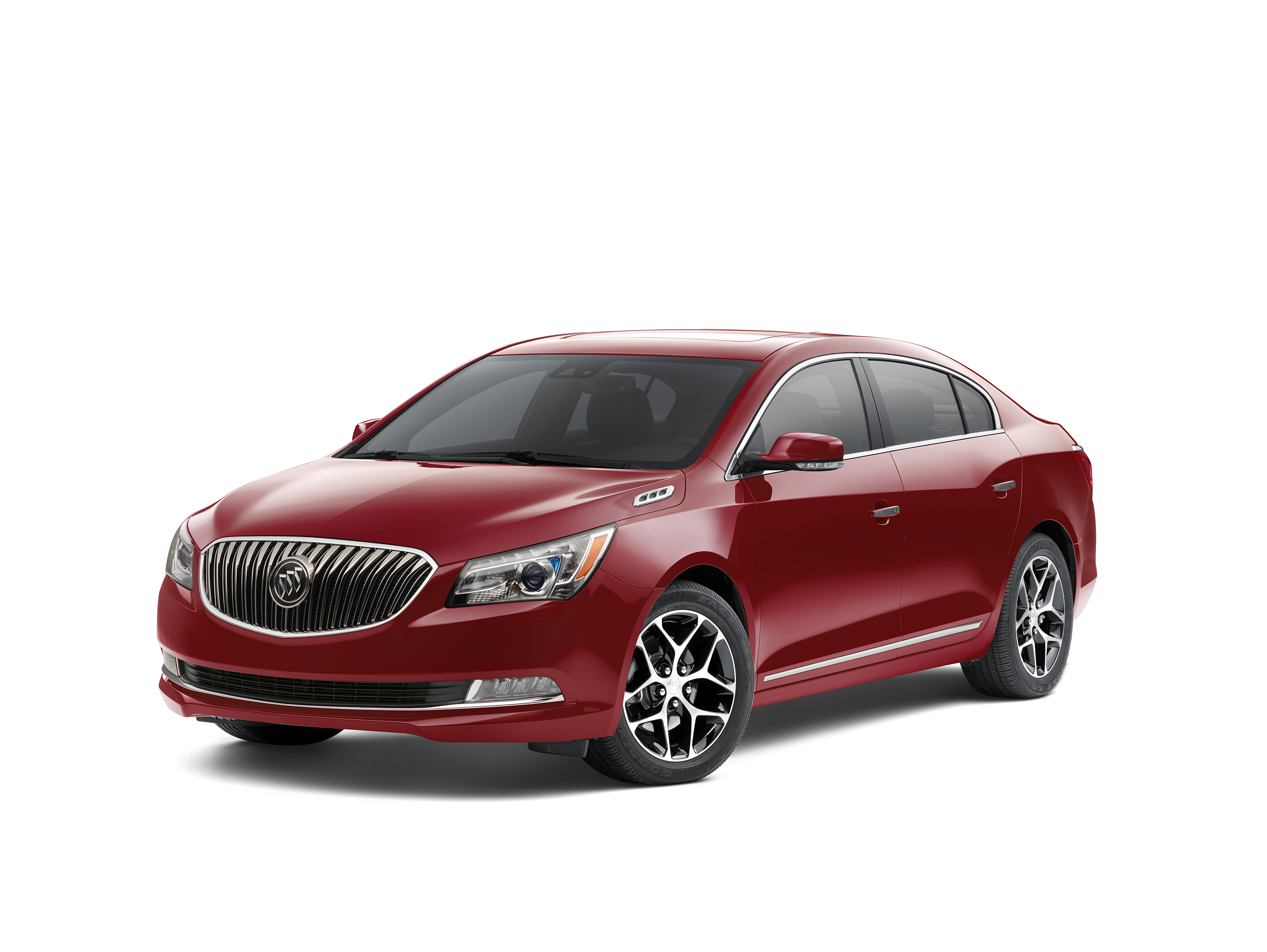