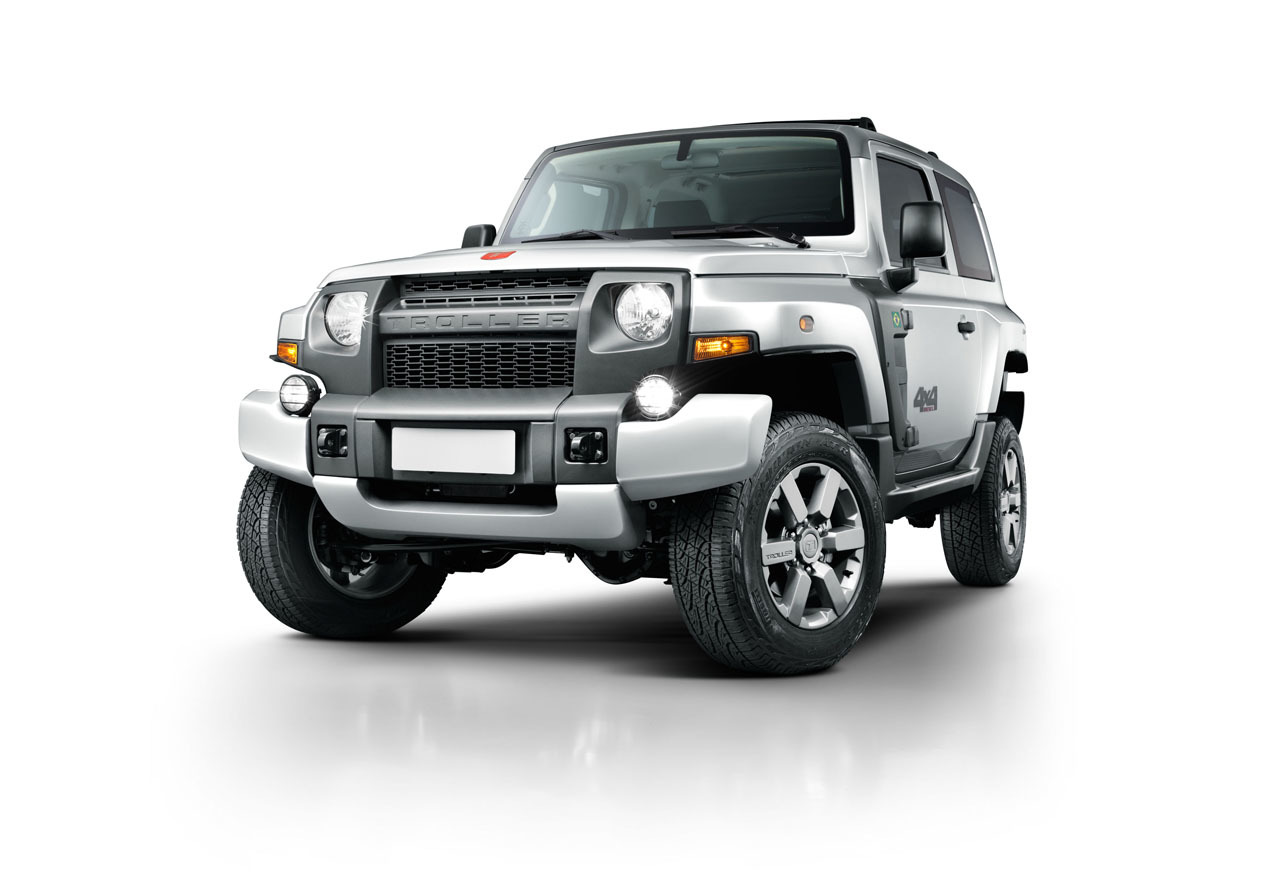 Ford may be making Bronco and off-road lovers envy with lust as the brand revealed a simple, honest-to-Abe SUV, bespoke only to the Brazilian market.

Meet the Ford Troller T4, which is essentially a modern rendition of a simple off-roader. Should you want to think of some competitors, the Jeep Wrangler mainly comes to mind as well as the US-defunct Defender. But more so, it reaches out to the lover of the classic F150-based Bronco, which died off in 1996. Ford did create a Bronco Concepts in the early 2000s, only to leave fans hanging by abandoning the project, and leaving them no other choice except to opt for the F150.

That said, if one were to think of the closest thing projecting what a modern Bronco would be like, the Troller T4 would be the next best thing. But here’s the sad part–it’s only for South America’s largest country.

Power in the Troller T4 is a bespoke 3.2 diesel engine that’s mated to a six-speed manual that even has the appeal to sway the looks of Wrangler owners. Details to the engine aren’t available, though does it really matter in something designed to go slow or moderately slow over rocks and stuff anyway? We don’t think so–but from the sound of it, a hefty 3.2L diesel sounds like an off-roaders wet-dream.

We would love to see Ford pop back into the enthusiast off-roader market–not to discount the F150’s capabilities either. But to see the Troller T4 fight against the Wrangler would be as great as seeing the Mustang and the Challenger battle it out.

Hey, you never know. Our advice: scream loud enough and they will make it.

The model is produced in the factory Troller, fully remodeled. Located in Horizonte, Ceará, she received several investments to enhance their production processes and introduce advanced quality programs for the New Troller T4.

During its development, the utility rolled over 200,000 km under varying conditions of climate and terrain, in different regions of the country and on the slopes of the field Tatuí Evidence in São Paulo. The project also included about 53 thousand hours of virtual development and 22 thousand hours of virtual tests to meet the high standards of strength and reliability required of a legitimate off-road.

Its design was based on the brand concept shown at the last Motor Show in São Paulo and voted the most beautiful “car show” exposure. The New Troller T4 surprisingly strong and spectacular visual muscular lines, a clear demonstration of how an off-road utility can also combine beauty and elegance.

The quality is noticeable in the finish, the bodywork tweaks and details. It is produced with special material called composite, high precision, thanks to innovative manufacturing processes.

The lines of the body reveal the proposal of a new streamlined design with various aesthetic and harmonic elements that highlight your look. The wide fenders integrated into the body, the bonnet with central large-sized, wide doors with sills at floor height and aluminum wheels 17 inches reinforce the rugged look of the vehicle.

The front grille with interwoven plots and LED taillights refer to modernity. In the center, the brand logo Troller seal the vehicle. With a creative palette of exterior colors, the New Troller T4 is also enhanced by the application of gray tint, identified as “London Grey” in parts of the body: the roof, bumpers, running boards, air outlet and accessories. The color contrast highlights the sporty character of the vehicle, showing who is always prepared to face different kinds of challenges.

The New Troller T4 is a fully functional vehicle. It comes with front guard and running boards integrated into the design side of the body. On the roof, a great novelty is the “sky-roof”, ie two paned windows that provide excellent illumination of the cabin and allow the external display.

He also brings baggage with adjustable crossbars, and a spoiler on the rear cover with integrated brake-light. The body of the New Troller T4 displays ground clearance and angles of entry and exit to further extend its off-road capability. Mixed-use tires, air intake in high position prepared for the installation of snorkel and winch are integrated basis for other equipment that contribute to its versatility.

The interior has a new design, with nice visuals and high quality materials, which also offer high resistance and easy cleaning for use in various situations, such as in and out in usual areas of mud and dust on the trails. The various options of bank regulation and the tools at hand easier to find a good driving position.

The New Troller T4 changed the platform, the exterior design and concept of the interior. But it has not lost its original, radical and genuine basis of available off-road, hallmark Troller, gaining even more strength with a new mechanical assembly.

The all-terrain performance is the key point of the vehicle. This attribute is now associated with other positive aspects such as drivability, driveability and comfort for running also in the city. Its 3.2 L diesel engine and manual six-speed transmission will bring a new perspective of power, torque and speed.

“The consumer wins a new generation Troller without losing its rich heritage, its DNA. Rare and very few vehicles in the Brazilian market segment have an impressive powertrain as the New Troller T4. Soon, we demonstrate the practical advantages of this vehicle” emphasizes the Executive Sales, Marketing and Service, Troller, Wilson Vasconcellos Son.

“The view of the first units aims to create an impact and give a positive response to the thousands of fans who await with great anticipation the arrival of the New T4” he says with pride.

The Troller has established itself over the years as the leading brand of off-road Brazil. T4 is synonymous with strength and victory. In sports, he is winning important competitions in Brazil, as the Country Rally, and is attracting the biggest rally of regularity Country: Copa Troller.

Only Brazilian utility with the soul and pulse off-road, the Troller T4 new generation was much better. As highlighted communication created for their presentation: “Much more car. Further Troller “. Other product details will be disclosed at the time of its release.