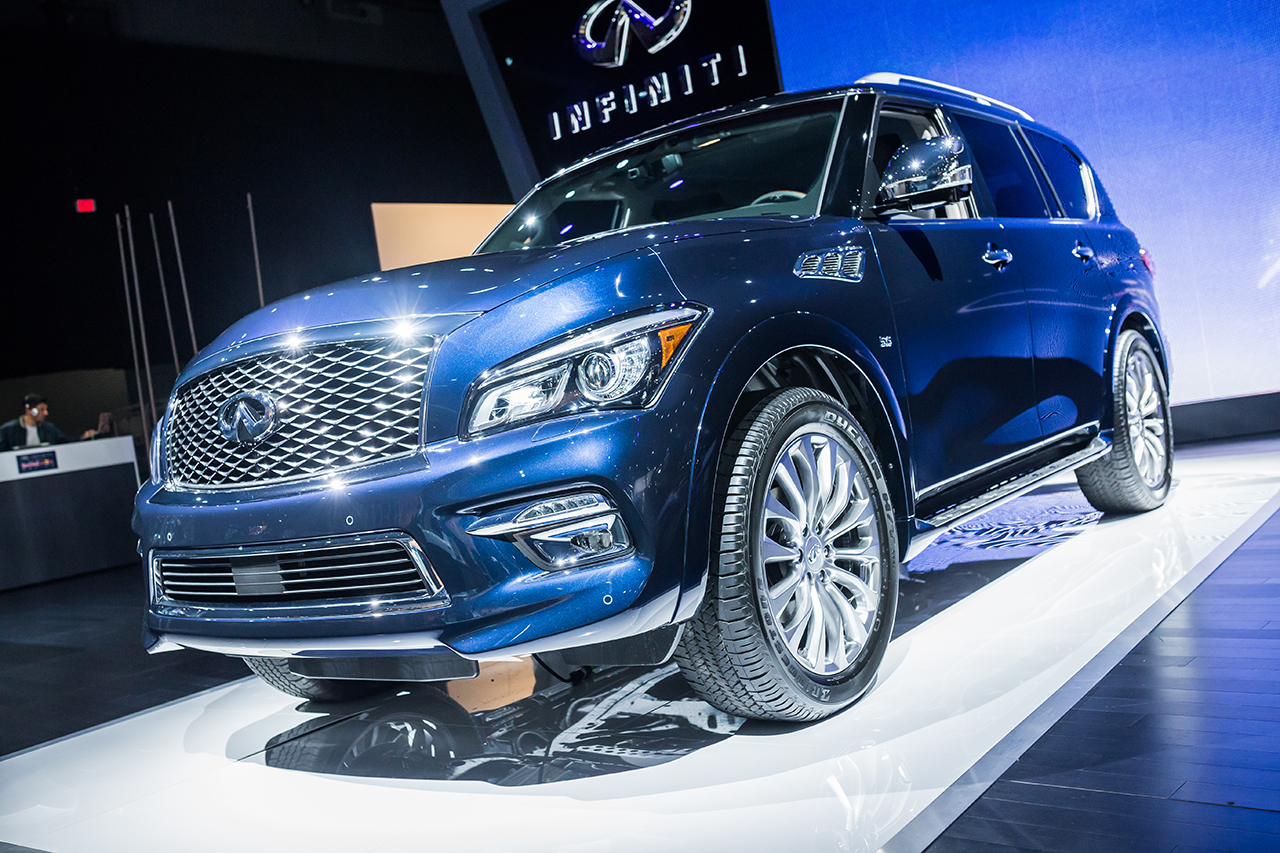 Though some accounts of the QX56’s initial launch may have included terms such as “troll” or “beached whale”, Infiniti has worked very hard to upgrade their flagship SUV to competitors’ standards. Though it’s never been a bad place to sit, the upgraded Nissan’s lines have been softened, color choices have been given an upgrade, and, thanks to revised lighting, the front end looks more reasonable when viewed straight on. Though it’s still no looker, and the weight still eclipses that of a Chevy Tahoe, Infiniti has done everything in their power to make it more palatable.

The truck comes with the existing 5.6 liter port fuel injected V8 from the QX56 with a 7 speed automatic and, if you are so inclined, 7 additional people may ride along with you. If you’re interested in a chromed-out version of the QX56 with 14-spoke 22-inch rims and self-leveling suspension, you’ll have to wait until later this year to pick up the new QX80. For more information, check out the press release after the jump.

The Infiniti QX80 offers a fresh new exterior design and a more crafted interior for 2015, plus additional standard features and technology, bringing Infiniti’s premium full-size luxury SUV closer in look and feel to the dramatic new Infiniti Q50 sports sedan. The new Infiniti QX80 made its world debut at the 2014 New York International Auto Show prior to going on sale at Infiniti retailers in the United States in fall 2014.

As in the 2014 model year, two interior color atmospheres are available – Wheat or Graphite leather-appointed seating – along with two interior finisher colors. The previous Tuscan Burl trim has been replaced with a darker Mocha Burl with a heavier, richer and more reddish wood grain. Also added as part of this interior is new steering wheel trim.

Several new technologies have been added for 2015, starting with the Q50’s advanced High Beam Assist and Predictive Forward Collision Warning (PFCW). The High Beam Assist headlight function, which is standard on all models, utilizes a forward camera to read oncoming or upcoming traffic and automatically dips the high beams to the low beam setting. The high beam setting is restored when the traffic is clear.

The Predictive Forward Collision Warning (PFCW) system warns the driver of risks that lie beyond the driver’s field of view. It not only can sense the relative velocity and distance of a vehicle directly ahead, but also of a vehicle travelling in front of the preceding one. Also added are standard 3-Blink one-touch turn signals

The 2015 Infiniti QX80 again offers a unique combination of inspired design and performance that makes it stand out in the luxury performance SUV class. The QX80’s unmatched combination of power, strength and luxury style makes it capable of transporting up to eight adults and their belongings with spacious elegance.

The QX80’s drivetrain is rugged enough to handle tasks such as towing boats or trailers (8,500-pound towing capacity, when properly equipped), while being equally at home transporting friends and family for a night on the town.

All Infiniti QX80s include a high-stiffness frame structure that enhances ride comfort while reducing noise, vibration and harshness. The QX80 is offered in rear-wheel drive and four-wheel drive, with the AWD model featuring Infiniti’s proven All-Mode AWD® system with Auto, 4H and 4L modes.

The QX80’s suspension is an independent double-wishbone design front and rear, with Dual-Flow PathÒ twin tube shock absorbers and an automatic rear leveling system that seeks to maintain uniform ground clearance and departure angle, even when towing or carrying cargo, by automatically adjusting the air pressure in the system’s air bladders. In addition, an advanced Hydraulic Body Motion Control system is available on both 2WD and AWD models as part of the Deluxe Technology Package. The system helps to reduce body lean in turns, resulting in improved ride comfort for passengers in all three rows. Suspension travel is automatically controlled by hydraulic chambers integrated into each shock absorber.

The driver’s seat is 10-way power adjustable, including 2-way power lumbar support. It features a standard dual occupant memory system for the driver’s seat, steering wheel and outside mirrors.

The QX80’s standard Around View® Monitor with Front and Rear Sonar System includes the advanced Moving Object Detection (MOD) system. Around View® Monitor utilizes four small superwide-angle cameras – mounted on the front, side and rear of the QX80 – to provide a virtual 360° view of objects around the vehicle, helping to maneuver it in tight spots. The MOD function helps enhance the driver’s situational awareness by providing visual and audible warnings (front or back range object detection) if the system detects large moving objects within the displayed image in situations such as when pulling out of a parking space.

May 5, 2010 Omar Rana Comments Off on Dealers shown new Ford Explorer, some say it looks like larger Ford Edge 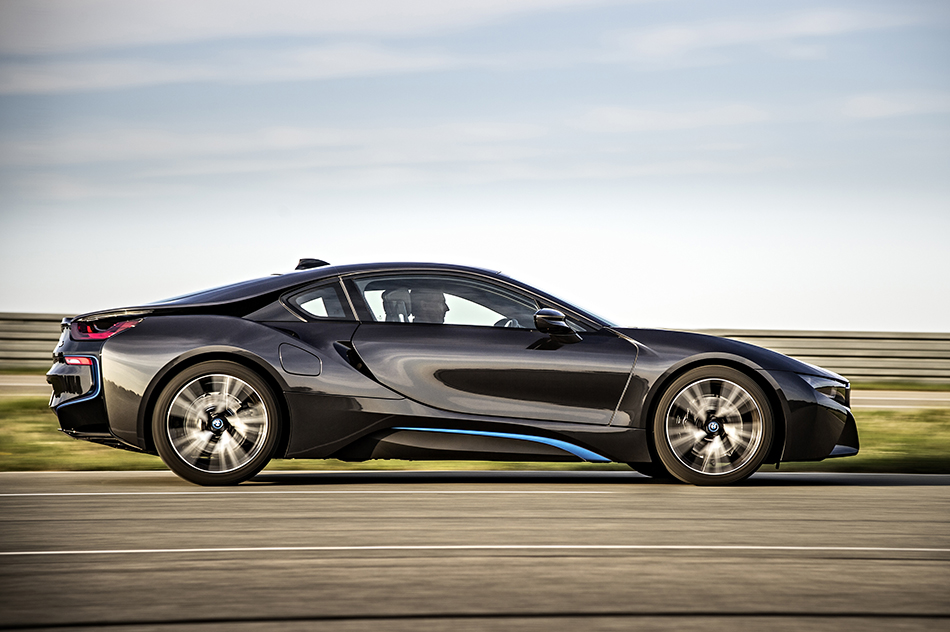 Report: BMW still on track for a mid-engined supercar dubbed the M8

December 4, 2013 Chris Chin Comments Off on Report: BMW still on track for a mid-engined supercar dubbed the M8

Video: Bugatti teases its follow-up to the Veyron, with some video of some road

August 19, 2015 Chris Chin Comments Off on Video: Bugatti teases its follow-up to the Veyron, with some video of some road