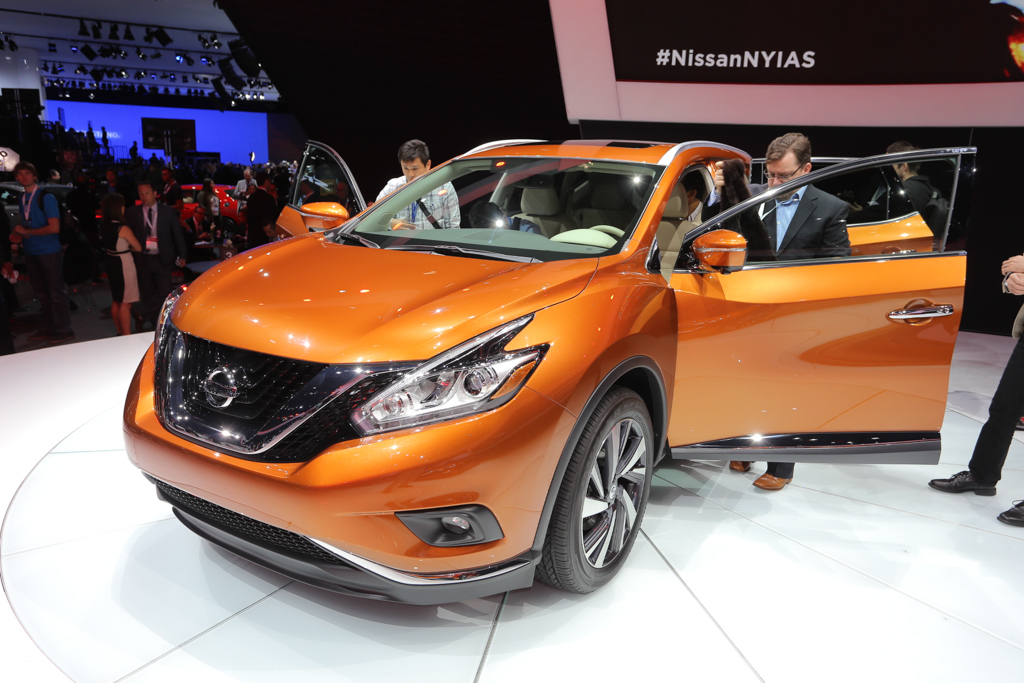 It could be following its foremothers’ footsteps as well, or instead. Aimed at folks willing to spend 30 or 40 large on a 5-seater SUV that’s not a Pathfinder, Nissan has not broken new ground with the all new Murano crossover, but they are offering an appropriately updated product. Power comes from a 3.5 liter DOHC V6 plugged into an XTronic CVT transmission.

Nissan is not advertising any particularly new features, and much of the switchgear while not looking outdated, fails to color outside the lines. There is an 11-speaker Bose sound system, an 8-inch infotainment touch screen interface, and the option of AWD or FWD for each of the trim levels (S, SV, SL, and Platinum). For a few more tidbits, check out the press release after the jump.

Nissan provided an early look at the all-new 2015 Nissan Murano prior to its world debut at the 2014 New York International Auto Show. The official reveal takes place on Wednesday, April 16th at a press conference at New York’s Jacob Javits Center. The dramatic new Murano will be on display to the public at the show from Friday, April 18 through Sunday, April 27, 2014.

While the Nissan Murano has always stood out from ordinary crossovers with its refined yet daring and futuristic design, the new third-generation Murano kicks it up many notches with its concept car-like styling, premium interior and advanced, purposeful technology.

“Murano owners live in an environment – home, work and car – that is beautiful, well-designed and efficiently run. They are social and embrace technology,” said Andy Palmer, Executive Vice President, Chief Planning Officer (CPLO) of Nissan Motor Co., Ltd. “The new Murano had to embrace all of these values, while also taking a major leap forward in terms of its ‘Wow’ factor.”

As the halo vehicle for Nissan’s expanding range of bold crossovers and SUVs, the latest Murano also expresses a new Nissan design direction – including its V-motion front end, LED boomerang lights and the unique “floating” roof.

The breakthrough exterior design carries into the interior, which offers an engaging social lounge feel through features such as the refined lower-height instrument panel, wide center console, advanced NASA-inspired Zero Gravity front and outboard rear seating, and the airy atmosphere created by the large windows and oversized Power Panoramic Moonroof.

The 2015 Nissan Murano will be offered in four grade levels when it goes on sale in late 2014: S, SV, SL and Platinum. Each is available in front-wheel drive or all-wheel drive.