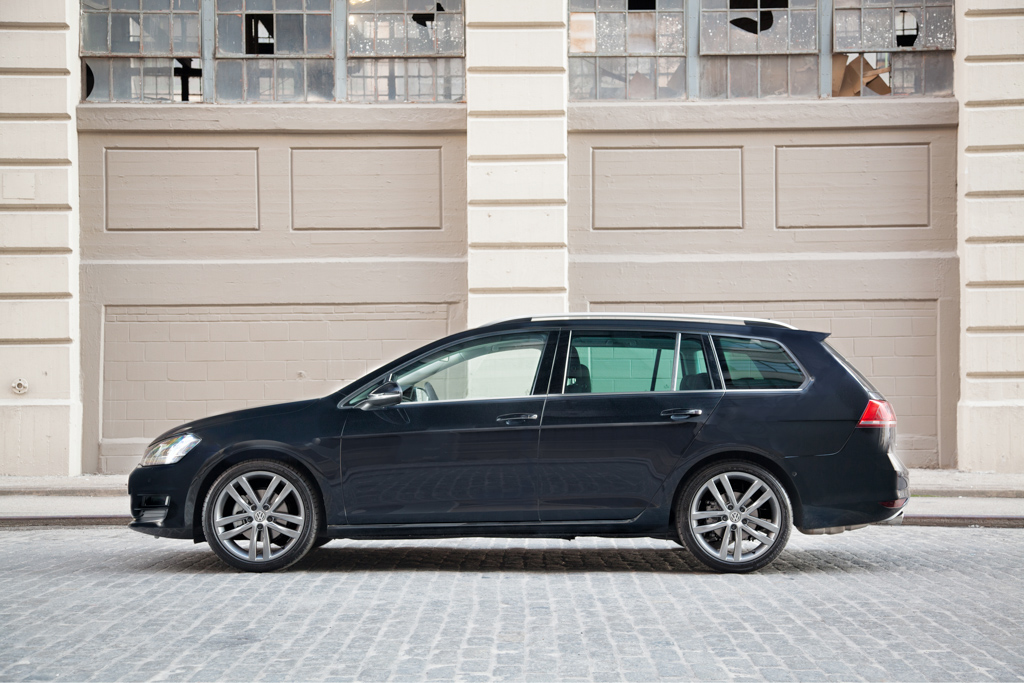 Though VW lightly uses the term “concept” here and there for its appearance at the New York Auto show next week, what you see here is essentially the replacement for the Jetta SportWagen. Using the Golf nomenclature, VW is offering an all new replacement fitted with either the 170 bhp 1.8 liter four cylinder gas engine mated to a 5-speed stick or a 6-speed auto or the 150 bhp CleanDiesel four, which will be plugged into a six speed manual or VW’s DSG dual clutch automatic.

Compared to the previous generation, the new car is closer to the ground, offers up to a 17 percent gain in economy, is more slippery through the air, and offers a lower loading height for the cargo area. As indicated by the concept car, four wheel drive will be available. Historically, the Jetta wagon has been pretty close to the Subaru Impreza, so, depending upon which options VW plans to shove down the throats of AWD buyers, this could be something of an upset.

On the more upscale side of things, the typical VW options of a panoramic sunroof, bi xenon headlamps, LED daytime running lights, leather and heated seats are all there. Other optional extras include automatic climate control and 18″ alloys.

If the proportions look different on this car than the previous model, that is because they are. VW specifically moved the front wheels forward on this car, which is meant to give it a more upscale appearance, though because the car uses VW’s MQB architecture, the distance between the pedals and the centerline of the front wheels remains the same. For more information, check out the press release shortly after the jump.

Herndon, VA  –  Volkswagen of America, Inc. will debut a concept version of the latest SportWagen model that features a 4MOTION® all-wheel drive system and the new EA288 TD®I Clean Diesel engine at the New York Auto Show. The concept previews the all-new Golf SportWagen that goes on sale in early 2015. Based on the new MQB (modular transverse matrix) architecture, the Golf SportWagen will continue the trend introduced by the seventh generation Golf whereby it is lighter, bigger, roomier, more fuel efficient and more powerful than the outgoing SportWagen model.

Thanks to the extensive use of high and ultra-high strength steels, the new SportWagen bodyshell is lighter than the current Jetta SportWagen and offers an enhanced crash structure. Throughout the car, incredible attention to detail has optimized components—such as the seats, air conditioning unit, and even the electrical architecture—to help save weight.

The Golf SportWagen is 1.1 inches longer and 0.7 inches wider than the current SportWagen model. It is also 0.9 inches lower, which benefits both aerodynamic performance and the car’s proportions: the CdA number has been reduced by almost 10 percent compared with the previous generation. The interior package has been optimized to give more rear-seat leg- and shoulder room. Although the new SportWagen’s overall height was lowered by nearly an inch, front and rear headroom has been improved by 0.4 inches.

The SportWagen has long been a top choice for customers who want a car that’s fun to drive and offers a large cargo area that is truly versatile. This new SportWagen is even more appealing, offering nearly 10 percent more cargo room with the rear seats folded than the outgoing model. Essentially, the Golf SportWagen provides a sportier alternative to compact SUVs.

The new SportWagen will be offered with two powertrains. The Golf SportWagen will be powered by a 170 horsepower, 1.8-liter turbocharged and direct-injection four-cylinder TSI® engine, mated to five-speed manual or six-speed automatic transmissions. These powertrains offer manufacturer highway fuel economy that’s improved by as much as 17 percent compared to the 2.5-liter Jetta SportWagen.

The TDI Clean Diesel model will be powered by the new EA288 2.0-liter common-rail, turbocharged and direct-injection diesel engine that makes150 horsepower, an improvement of 10 hp over the current SportWagen model. The TDI model will have a choice of six-speed manual or DSG® dual-clutch automatic transmissions.

The design team, led by Walter de Silva (Group Design) and Klaus Bischoff (VW Brand Design), created a timeless and sophisticated new SportWagen, using the principles of Volkswagen’s Design DNA. Thanks to the MQB architecture, which dictates a fixed relationship between the front wheel centerline and the pedals, the car’s proportions have changed. The front wheels, for example, are now 1.7 inches further forward than on the current SportWagen design. This has created what Bischoff calls “‘a cab backward impression’. That’s what we call the proportions of premium-class vehicles, where the hood is long and the passenger compartment is a long way towards the back.”

Along the lines of the new Golf 7, the SportWagen will bring a number of available new features to market including a panoramic sunroof, 12-way power driver’s seat, Climatronic® automatic climate control, Bi-Xenon headlights with LED DRLs and the Advanced Front-lighting System, Park Distance Control, and available 18-inch aluminum-alloy wheels.

In addition, the new SportWagen features a new standard driver assistance system called the Automatic Post-Collision Braking System. This system automatically engages the vehicle’s brakes after it is involved in a collision in order to help reduce secondary collisions and to help bring the vehicle to a stop. The system is triggered when the airbag sensors detect a primary collision and it is limited to a maximum retardation rate of 0.6g by the Electronic Stability Control (ESC) unit. The driver can effectively override the system at any time; for example, it is disabled if it recognizes that the driver is accelerating. The system is also deactivated if the driver initiates braking at a higher rate than 0.6g. 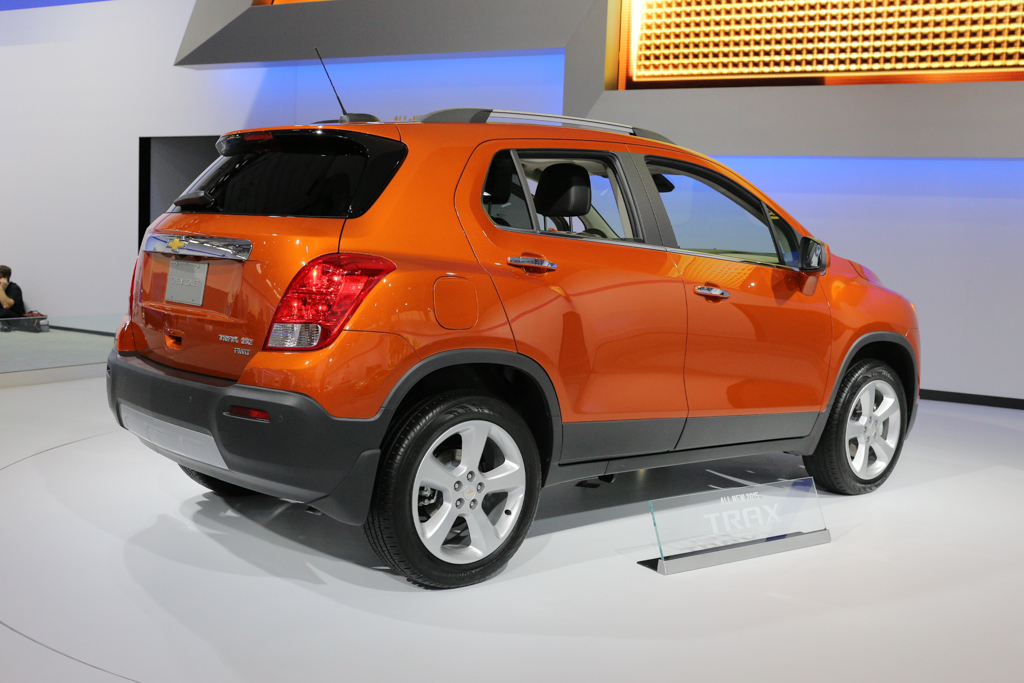 2014 NYIAS: GM plops the Mexican-market 2015 Chevy Trax into the US and China 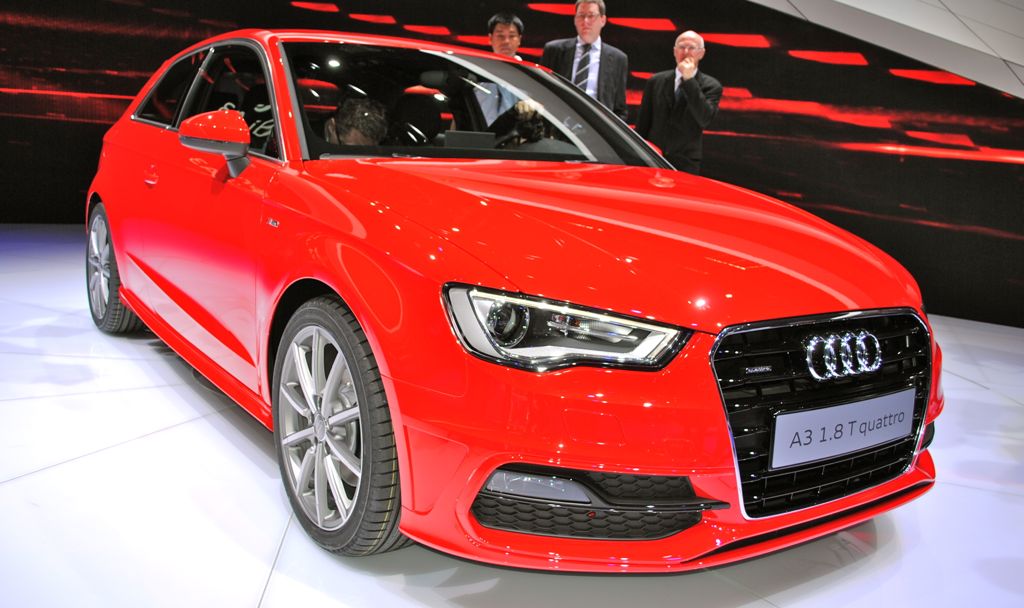