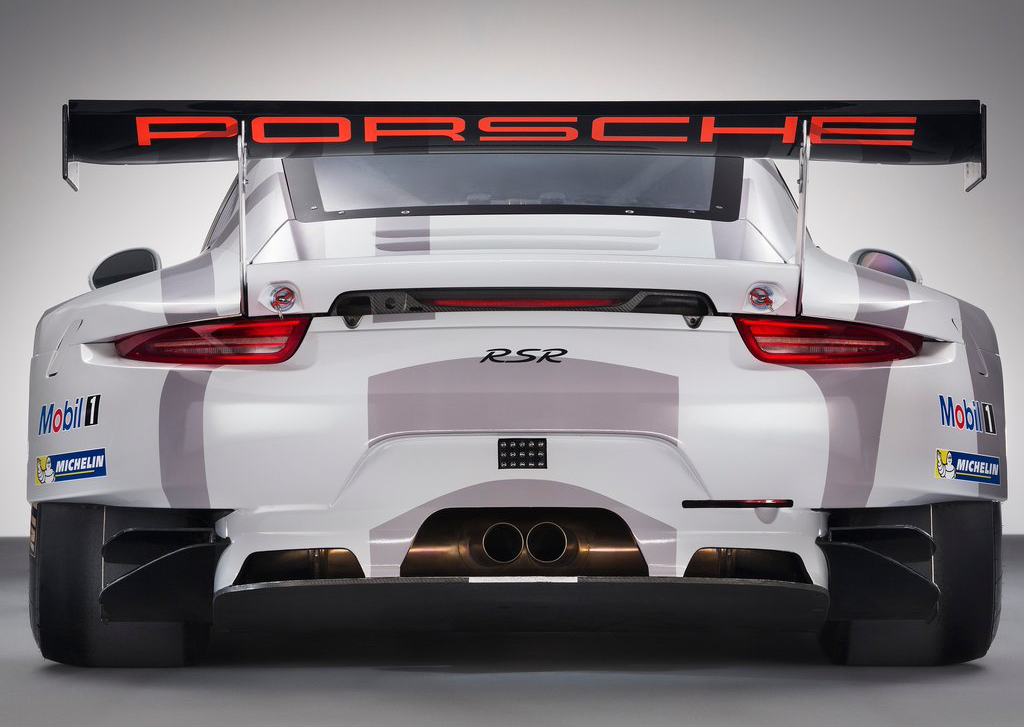 For Geneva, Porsche has daylighted their newest racecars: the 911 RSR for the LeMans GT class and the 919 Hybrid Prototype. The fettled 911 features a 4 liter flat six chucking out 470 bhp and remains largely unchanged from the previous version. I think it is fair to say that the bulk of the upgrades made to the RSR are in aerodynamics and weight distribution, specifically lowering the car’s center of gravity compared to the previous variant. Service access to the car has been significantly revised, including quick release features for the nose, lid and front apron. For the driver, the biggest ergonomic and safety changes will likely be upgrades to the cornering lights fitted to the car and a redistribution of the controls.

The 919 is a fully functional science experiment, which looks as well as it goes. Conventional power comes from a two liter turbocharged gasoline engine that revs up to 9,000 rpm. Designed for the Premier class, this prototype uses an 8 megajoule energy recovery and boost system. Energy used in braking can be applied to the front wheels to provide additional power as it becomes available to the driver. This emerging hybrid function in racing is technology that is based off one of Porsche’s street legal cars, the 918 Spider. For more information, be sure to check out both press releases below.

In its first appearance in the 24 Hours of Le Mans, the Porsche 911 RSR shone 2013 with magnificent first and second place finishes (GT-Class). The GT racer from Weissach, which is distinguished by its systematic lightweight design and refined aerodynamics, has been further improved in many aspects for 2014. And with success: it started the 2014 season impressively as class victor at the 24-hour race at Daytona.

The 911 RSR, which is used in the 24 Hours of Le Mans and the new United Sports Car Championship in the USA and Canada as part of the WEC World Sportscar Championship series, made its appearance in 2013 as a successor to the successful 911 GT3 RSR. It is based on the seventh generation of the 911 sports car icon. As in its production car counterpart, its wheelbase was lengthened by a full ten centimetres. A new wishbone front suspension replaces the previously used MacPherson sprint strut suspension. The lightweight racing gearbox is also a special new development by Porsche Motorsport. Its six gears are shifted by shift paddles on the steering wheel. The 470 hp four-litre flat six engine was taken from the previous model and optimised in its details.

One of the central focuses in developing the 911 RSR was to attain a balanced weight distribution. The vehicle’s centre of gravity is also significantly lower than in the previous model. Carbon fibre material assumes a special significance here. The front and rear wings, front and rear lids, the doors, underbody, wheel arch panels, rear wing, dashboard and centre console are made of this exceptionally lightweight and strong material. In addition, all windows are made of very thin and lightweight polycarbonate. The familiar lightweight lithium-ion battery of the GT street models also makes a contribution towards weight savings.

The look of the new 911 RSR is marked by broad flared wings and a deep cooling air channel at the front end. The new air flow system enables a centrally located radiator at the front end, which operates even more efficiently than in the previous model. Climate control of the interior was also made more efficient. For enhanced service friendliness and shorter repair times, a quick-change concept for body parts was tuned for long-distance racing. The nose, front lid and rear apron are attached with quick-action clamps and can be replaced within just a few seconds.

The static cornering lights that are positioned very low in the front end improve the driver’s view in bends. This improves night-time driving safety. The reflective labels on cockpit controls, combined with anti-glare interior lighting, provide for optimal legibility in darkness. The layout of switches on the new steering wheel was developed together with the Porsche factory drivers. From the outset, they contributed their wealth of experience in GT motorsport to the design of the 911 RSR.

The 911 RSR was systematically further improved for the 2014 season. The redesigned front end, for example, and the new rear wing provide for optimal aerodynamic balance and therefore for greater stability in fast driving through bends. Even more precise steering response, which leads to better vehicle handling in bends at slow and moderate speeds, was attained by optimising front suspension kinematics. Further improvements to the car’s structural rigidity result in more precise steering response. Also new is the engine air induction system, which was optimised in its details, such as in its air filter geometry, which contributes towards reducing the effects of contamination on power output. The new FT3 safety fuel tank with a lowered centre of gravity enables improved filling under race conditions.

Live telemetry that is permanently transmitted to the command station via the car’s roof antenna ensures that engineers are always well informed of all relevant vehicle data with over 200 measurement values. In addition, all data is stored on a memory card in the vehicle.

“The most spectacular 911 ever”

“The 911 RSR was further optimised in many aspects. The wide rear wheel rims and refined aerodynamics have improved consistency over a sprint,” says Porsche factory driver Jörg Bergmeister. “This is undoubtedly the best 911 that I have ever driven. It still always feels like a 911, but it can do practically everything better than the previous model. And on top of that, it is also in my eyes the most beautiful and most spectacular 911 ever.” His team-mate Patrick Pilet adds this: “Last season, we strove constantly to develop the car further. The better weight distribution, in particular, has had a positive effect on performance. The 911 RSR is now more stable over the rear axle and gives the driver a greater sense of trust. This allows the driver to probe performance limits faster.”

Porsche is returning to the top category of the famous endurance race classic at Le Mans and the World Endurance Championships (WEC) for sports cars with its newly developed 919 Hybrid. The LMP1 prototype, which is designed for extreme efficiency, is the most complex race car that Porsche ever put on wheels.

It serves as a research platform for fundamental technology to be used in future production models, with its combination of two different energy recovery systems and a downsizing turbocharged engine. So the real winner of Porsche factory racing is already clear: it is the customer.

The World Endurance Championship (WEC) for sports cars launches into a new era, beginning on 20 April at Silverstone in Great Britain. The season highlight, Le Mans, follows in June. The newly formulated regulations for the top class of this World Championship has completely changed in focus. From now on, the sporty performance of the LMP1-H prototypes will be rated in direct relationship to their energy efficiency. While the allowable fuel quantity per lap was reduced by around 30 per cent compared to the prior year, the amount of energy of the obligatory hybrid systems that can be used in the race was dramatically increased. This shifts technologies into the limelight that are most significant for future production vehicles. From the perspective of Porsche, that is a decisive argument for a return to the top league of sports car racing.

Maximum efficiency of all elements as development goal

Porsche engineers are taking on the challenges of the WEC regulations with innovative solutions and all the creativity they can muster. The development of the Porsche 919 Hybrid began in mid-2011 – literally on a blank sheet of paper. As newcomers, the developers had to do without the greater experience that their competitors in the LMP1 category enjoyed. However, they were able to access the know-how that Porsche had acquired in its racing success with the 911 GT3 R Hybrid and the 918 Spyder super sports car, which is also hybrid-driven.

The exceptional efficiency of the highly complex technology of the Porsche 919 Hybrid is the result of a carefully balanced overall concept. From the combustion engine to the energy recovery systems, chassis and running gear, aerodynamics and driver ergonomics, the sum of all individual components forms an exceptionally effective unit. It all serves one goal: a maximum of sporty performance within tight fuel economy constraints.

In choosing a hybridised drive concept, the newly formulated WEC regulations gave Porsche developers great freedom. The drive system of the new LMP1 race car is based on a four-cylinder petrol engine that is as compact as it is lightweight. It performs load-bearing functions within the chassis based on its V-construction, which also offers thermodynamic advantages. The petrol engine, which reaches a maximum engine speed of around 9,000 rpm, is a frontrunner in terms of its downsizing philosophy with its 2.0 litres of displacement, direct injection and monoturbo charging.

It also features two different energy recovery systems. Fundamentally new and especially innovative is the recovery of thermal energy from exhaust gases. An electric generator is used here, which is powered by the exhaust gas stream. The functionality of the second hybrid system is known from the Porsche 918 Spyder. Here, a generator on the front axle utilises braking phases to convert kinetic energy into electric energy. It is also stored in highly-advanced water-cooled lithium-ion battery packs until the driver needs the extra energy. Then the front generator is operated as a single electric motor and drives the two front wheels via a differential in the acceleration phases. This gives the Porsche 919 Hybrid a temporary all-wheel drive system, because the petrol engine directs its power to the rear wheels in a conventional way.

Intelligent management of this additional available energy assumes a special role here. Of course, the strategic focus of the racing engineers is always on the most efficient use of available power. This means an optimal lap time. The driver can choose from several automated drive modes that have an effect on vehicle dynamics as a function of the traffic situation, course layout and weather conditions. At this point, the developers made use of knowledge gained by Porsche with the 911 GT3 R Hybrid, including at the 24-hour race on the Nürburgring.

The allowable petrol fuel consumption depends directly on the amount of electrical energy that the driver can call up per lap in what is known as the Boost function. Race rules distinguish between four levels ranging from 2 to 8 megajoules (MJ). Porsche is developing the 919 Hybrid for the “Premiere class” with an energy recover capacity of 8 MJ. This requires the use of high-performance energy recover and storage systems, which need to be sized larger and heavier. A flow meter device also limits the amount of fuel flow. Example of Le Mans: Here, the turbocharged petrol engine, which is driven at full load for 75 per cent of the 13.65 kilometre lap, only has 4.64 litres of fuel available. In the 2-MJ class, the figure is 5.04 litres. 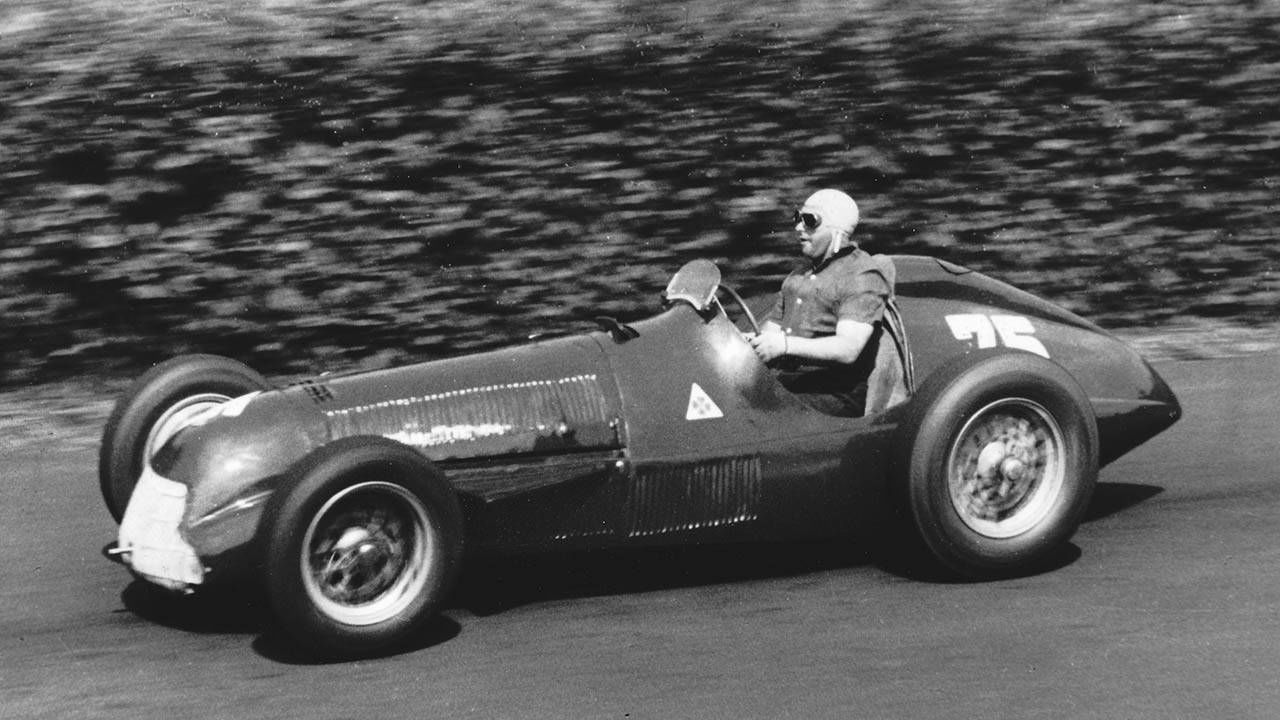 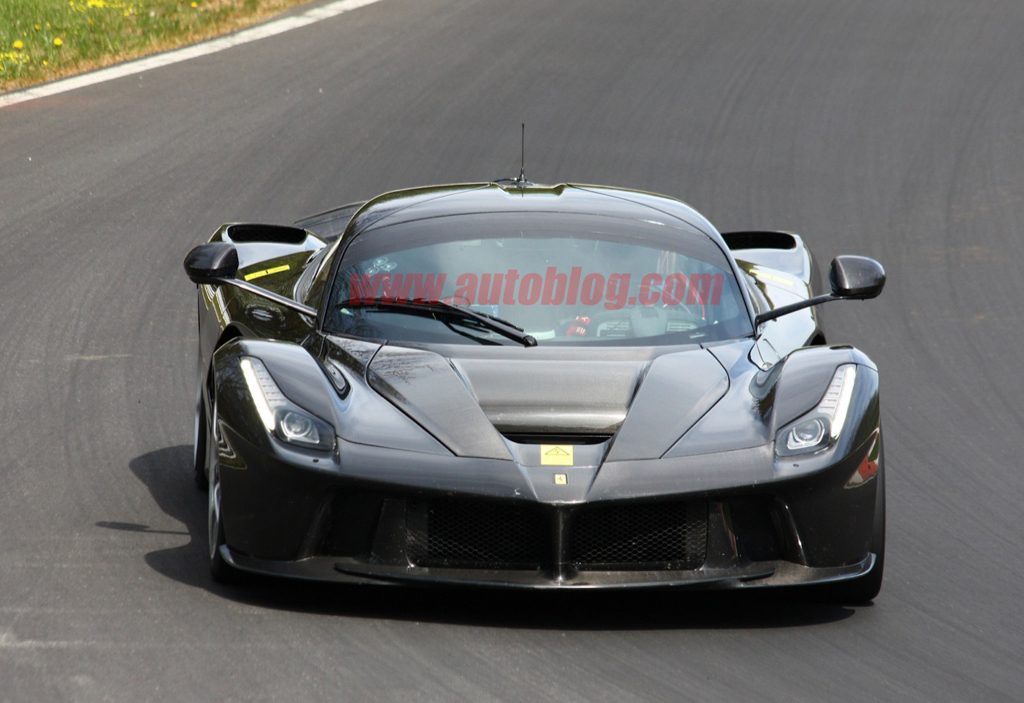 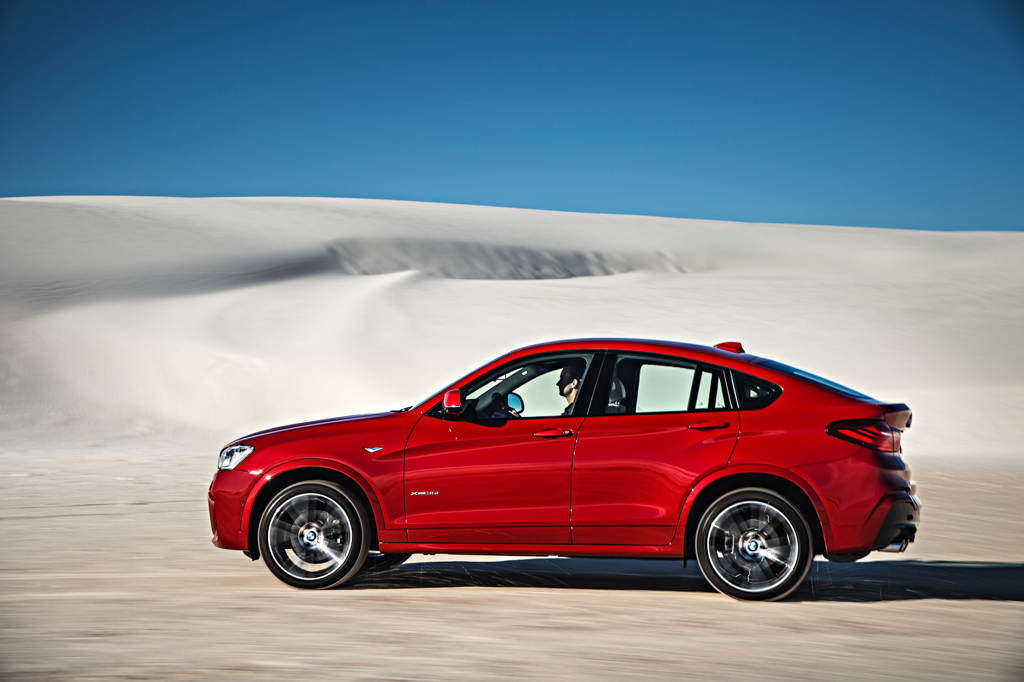