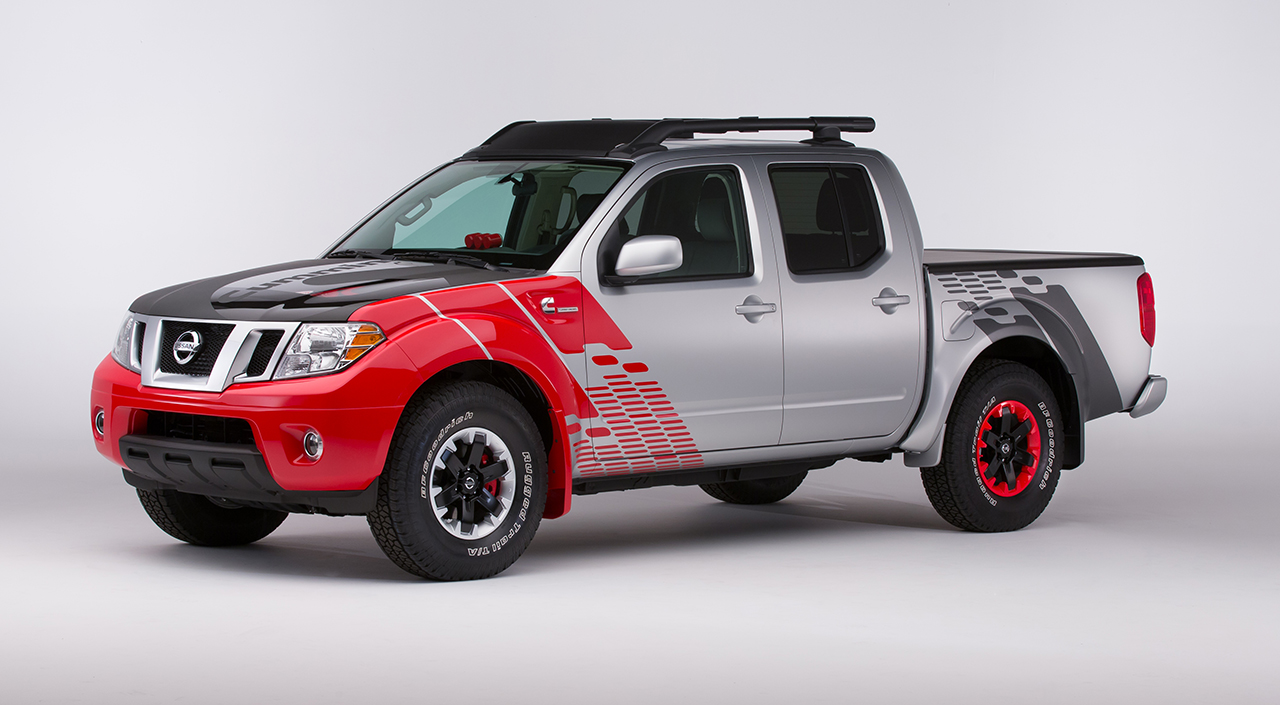 Amidst recent reports that Nissan tied a knot with renowned diesel engine maker, Cummins, Nissan brought a Cummins diesel-powered Frontier to the Chicago Auto Show to prove that they’re rather serious about this partnership.

As the light-duty diesel wars begin to pick up as diesel finally gets its foothold in the North American market, this Frontier Runner Concept is a thorough example of that. The diesel mill is a 2.8L turbocharged inline-four producing around 200hp and a strong 350 lb-ft of twist, mated to an all-new eight-speed automatic. This allows for a fuel economy boost of around 35 percent over the Frontier’s standard 4.0L V6.

CHICAGO – Nissan is renewing its commitment to the mid-size pickup segment, long a part of its sales success in the United States, with the creation of the Frontier Diesel Runner Powered by Cummins™. This project truck, based on a Frontier Desert Runner 4×2 model, serves to both gauge the market reaction to a Nissan mid-size pickup with a diesel engine and plot a potential future direction for the Frontier.

The Frontier Diesel Runner Powered by Cummins arrives a mere six months after the announcement of a partnership with Cummins Inc. to provide a 5.0-liter turbo diesel V8 in the next-generation Titan full-size pickup, which will arrive in calendar-year 2015.

“Frontier continues to be a huge success story for us, with more than 60,000 units sold in 2013,” said Fred Diaz, senior vice president, Sales & Marketing, Parts & Service, U.S.A, Nissan North America, Inc. (NNA). “Nissan has always valued the mid-size pickup segment, and with this technical study project, we are looking to explore what is possible for the next-generation Frontier. We are always looking for ways to engage our customers, innovate and take the segment in an evolutionary direction.”

At the heart of the Frontier Diesel Runner Powered by Cummins is a 2.8-liter 4-cylinder diesel engine designed to meet or exceed future emissions standards. As adapted for use in this truck, the engine produces nearly 200 horsepower and more than 350 lb-ft. of torque, while increasing fuel economy 35 percent over a V6-powered two-wheel drive 2014 Frontier.

Backed by a ZF 8HP70 8-speed automatic transmission, the two-wheel drive diesel Frontier maintains, and even increases, the usability of a Frontier truck. Along with the mileage increase, payload and towing capacity are expected to be in range of that offered by the V6-powered Frontier.

While not a “plug-and-play” engine and transmission installation, many of the Frontier Diesel Runner project’s key components, from the body to wiring harnesses to the radiator and more are from a production 2014 Desert Runner.

Collaboration between Nissan and Cummins stems back to a U.S. Department of Energy project called “ATLAS” (Advanced Technology Light Automotive Systems) which began in 2010. Over the course of “ATLAS,” Cummins installed 4-cylinder engines into two Nissan Titan trucks as an ongoing platform for research on the next-generation of 4-cylinder automotive clean diesel engines. Research compiled during the “ATLAS” program helped to shape the Cummins engine used in the current project.

“We’ve been building pickup trucks in the U.S. for more than 30 years and sellig them here for even longer than that, even offering 4-cylinder diesel in our U.S. pickup truck in the 1980s,” said Pierre Loing, vice president, Product Planning, NNA. “With this Frontier Diesel Runner project truck, we can reflect on our extensive heritage while also looking to the future and the changing demands of mid-size pickup buyers.”

Along with carbon film-coated features such as the chin spoiler, mesh grille, roof rack, aerodynamic full-bed tonneau cover and tailgate spoiler, the hood of the vehicle draws special attention. A partially transparent acrylic hood insert serves as a window to the engine bay, where all powertrain-related elements continue the red theme. The special carbon fiber engine cover, seen through the hood insert, features an oversize Cummins logo, with a red center, black carbon sides and hidden illumination. “Cummins Turbo Diesel badges” are also recessed into both front fenders.

The 16-inch wheels, borrowed from a Frontier PRO-4X, have been treated with a special two-tone paint – Arrest Me Red for the rear wheels and Silver in front, each accented by satin black paint. The brake calipers have also been custom painted in contrasting colors – red front and silver rear.

The Frontier Diesel Runner’s interior mirrors the silver and red exterior design, with red accents throughout and carbon-trimmed seats and panels. The front and rear seats feature carbon-print leather appointments with grey accent stitching and black-on-black “Tracks” embroidery. The carbon film-wrapped instrument panel is highlighted by red-tinted gauges and a special black-faced diesel-specific three-gauge pod on top of the C-cluster. Completing the interior enhancements are embroidered floor mats and theme-colored shifter knob and steering wheel.

The Frontier Diesel Runner Powered by Cummins will be showcased throughout the consumer days of the 2014 Chicago Auto Show at McCormick Place, Chicago. Nissan and Cummins have also built a separate development vehicle that is currently undergoing rigorous real-world testing.

“We hope consumers in Chicago and across the U.S. will let us know what they think of the prospects of a diesel engine in this segment,” Loing added. 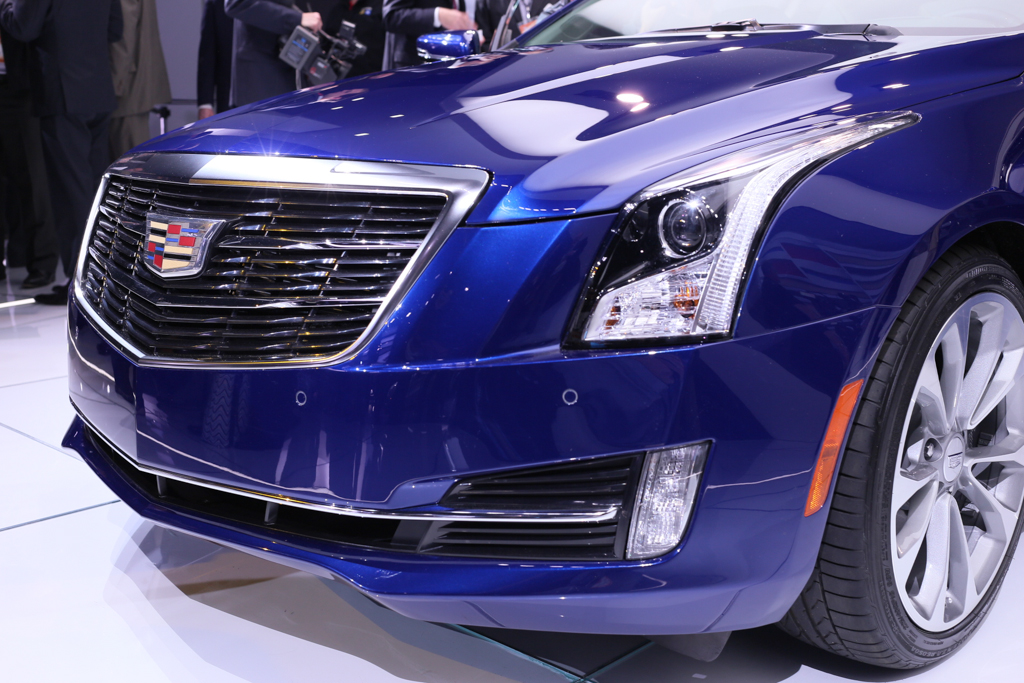 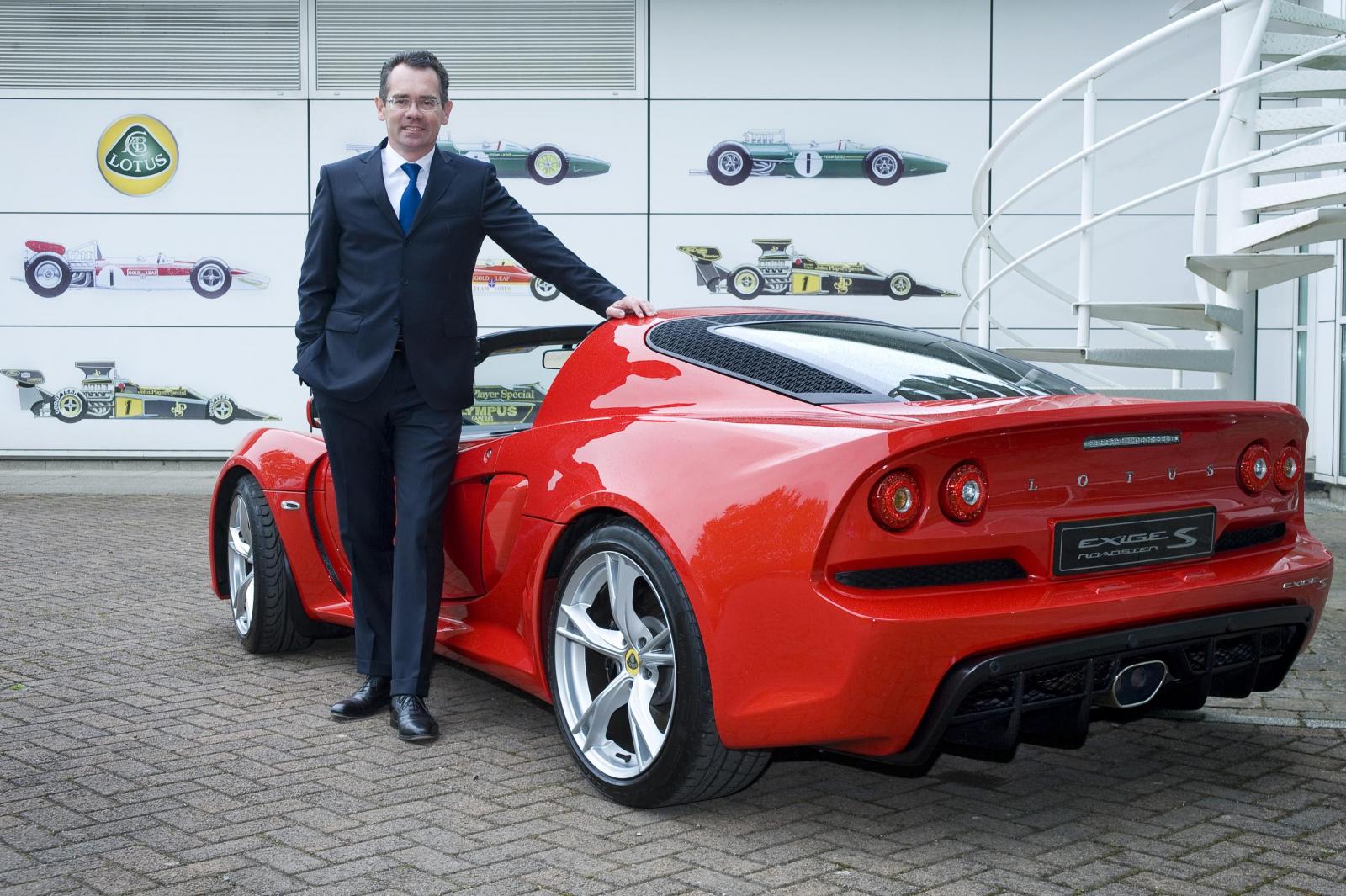 May 5, 2014 Chris Chin Comments Off on Lotus gets a boost with a new CEO to continue the growth of the brand 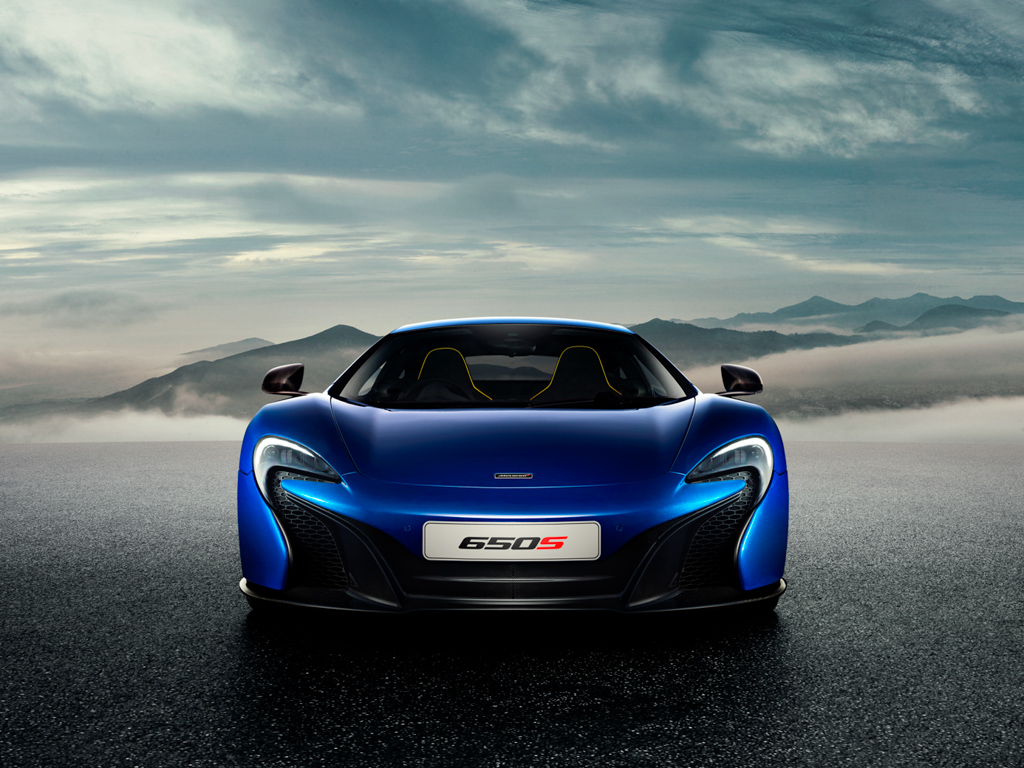