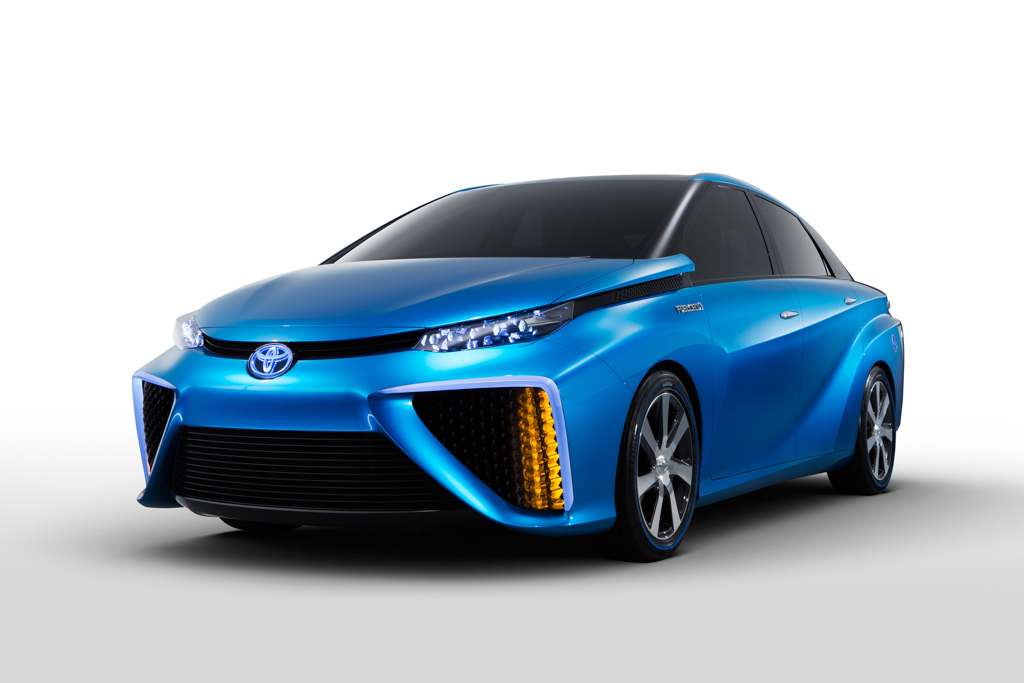 Toyota has just announced a new, affordable, midsize, four-door sedan named the FCV, which is powered by a hydrogen fuel cell system producing about 130 horsepower. This gives it a range of about 300 miles and it hits 60 miles per hour about 1o seconds. While some of that doesn’t sound exciting, two words are now cohabiting in the same sentence: “hydrogen” and “affordable”. In the same way that the Nissan Leaf, Chevy Spark and others shocked, (sorry) the world when they became available for relatively little outlay, this is a big jump by one of the world’s biggest automakers.

Thanks to the copious filling stations in California, the car will primarily be launched in California, but the intent is for it to trickle in throughout the country as filling stations become available. Speaking of which, filling should take 3-5 minutes, not unlike a gasoline-powered car. Pricing and other details will get firmed up soon enough, but there are some tidbits that have come out of this announcement that remind one of initial electric car offerings:  this could not have happened and will not happen without the use of taxpayer’s dollars.

The State of California has pledged $200 million to build 20 new filling stations in the next year throughout many of the state’s nooks and crannies, allowing the car to not just be an academic exercise in commuting for the well off folks located near the token hydrogen stations, but as a more usable, weekend-able car. California also aims to build 40 by 2016 and 100 by 2024. The car goes on sale as a 2015 model, feel free to check out the full press release after the jump.

Reasonably priced hydrogen fuel cell electric targets 300-mile range, 3-5 minute fill-up
LAS VEGAS (Jan. 06, 2014) – “We aren’t trying to re-invent the wheel;  just everything necessary to make them turn,” said Bob Carter, senior vice president of automotive operations for Toyota Motor Sales (TMS), U.S.A. Inc., at the opening of CES, the world’s largest trade show. “Fuel cell electric vehicles will be in our future sooner than many people believe, and in much greater numbers than anyone expected.”

Two vehicles shared the stage at the Toyota press conference: The FCV concept, showing what the four-door mid-size sedan will look like in Radiant Blue; and the camouflage-taped engineering prototype used for extensive and extreme on-road testing in North America for more than a year.  The prototype has consistently delivered a driving range of about 300 miles, zero-to-sixty acceleration of about 10 seconds, with no emissions, other than water vapor.  Refueling of its hydrogen tanks takes three to five minutes.

“Hydrogen works beautifully with oxygen to create water and electricity and nothing more,” said Carter. “For years, the use of hydrogen gas to power an electric vehicle has been seen by many smart people as a foolish quest. Yes, there are significant challenges. The first is building the vehicle at a reasonable price for many people. The second is doing what WE can to help kick-start the construction of convenient hydrogen refueling infrastructure.  We’re doing a good job with both and we will launch in 2015.”

For the last 20 years, Toyota’s investment in fuel cell R&D has been massive.  Since 2002, Toyota has been testing and developing a series of prototypes in North America. In those 11 years – and more than a million miles – it has dramatically reduced the cost of building a fuel cell powertrain.  In fact, Toyota estimates a 95-percent cost reduction in the powertrain and fuel tanks of the vehicle it will launch in 2015, compared to what it cost to build the original prototype in 2002.

The FCV represents a major engineering achievement, where the size and weight of its powertrain system was significantly reduced while maintaining an impressive total power output of more than 100kW. A fully-fueled vehicle will be capable of supplying enough energy to power a house for a week in an emergency. Engineers are currently looking to develop an external power supply device that could be used in this manner.

“There’s no doubt, that the success of this technology will depend less on the genius of the car, than on the ownership experience,” said Carter. “Cost is one thing, but convenience is another.”

Focusing on California, where the vehicle will be launched initially, Toyota has partnered with the University of California Irvine’s Advanced Power and Energy Program (APEP) to help map out potential locations for new hydrogen fueling stations.

The APEP spatial model considers a variety of data including R.L. Polk ownership of hybrid and electric vehicles, traffic patterns, population density, and so on.  The model is based on the assumption that owners want to reach a refueling station within 6-minutes.

What the model produced was an initial cluster map that requires only 68 station sites in the San Francisco Bay area and Silicon Valley, as well as Los Angeles, Orange and San Diego counties.  If implemented, the mapped system could handle a fuel cell population conservatively estimated by APEP at about 10,000 vehicles.


“Stay tuned,” added Carter, “because this infrastructure thing is going to happen.”

While specific sales volumes will be announced closer to launch, Carter said that Toyota has revised initial market plans and requested additional vehicles.  More information will be announced in the weeks and months ahead, including U.S. sales volume targets, the name of the vehicle and comprehensive specifications and performance data.   Consumers interested in learning more about the Toyota Car of the Future can visit www.toyota.com/fuelcell. 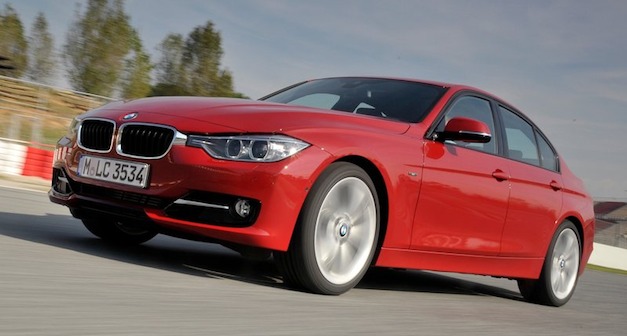