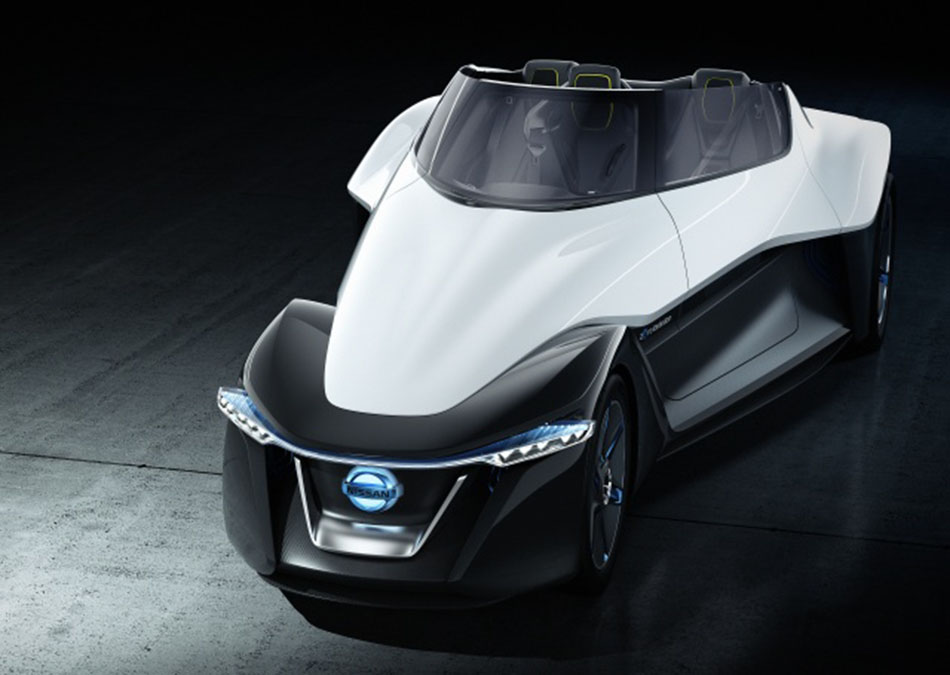 Nissan has sold over 87,00 copies of their LEAF electric hatchback and is now branching out to different markets by adapting an existing van, updating the LEAF in two variants, and releasing two new concepts at this year’s Tokyo Auto Show. Nissan released a sports car concept, but perhaps more interestingly, they are offering something akin to the rather insidious single-driver car pushed by Jeremy Clarkson on TopGear.

The concept car looks like a single seat golf cart riding between two motorcycles; but the policy behind it is interesting: this is the ride offered in a one way shared vehicle program (in Japan) like ZipCar; it is interesting because the program is partially municipal and partially state-funded.

The program commenced in early October already has 2,700 members. The BladeGlider EV sports car concept has a three seater layout similar to the McLaren F1, lots of blue accents and hints at the Nissan ZEOD RC electric LeMans racecar. Details are scant, but Nissan is keen to point out that this is not just a mock up; it is a prototype for an upcoming production car.

Another car that is not on the consumer menu is Nissan’s autonomous Leaf; now that nearly everyone including Google is going after the nonexistent autonomous car market; Nissan has committed to selling an autonomous car by 2020 and to have the technology available in all of its models within two vehicle generations after 2020.

The two production cars offered up are a LEAF that appears to have gone through a mid-cycle refresh for the Japanese market and an electrified version of the existing NV200 passenger van. The van will be offered in the summer of 2014 in Europe and at the beginning of MY 2014 in Japan. 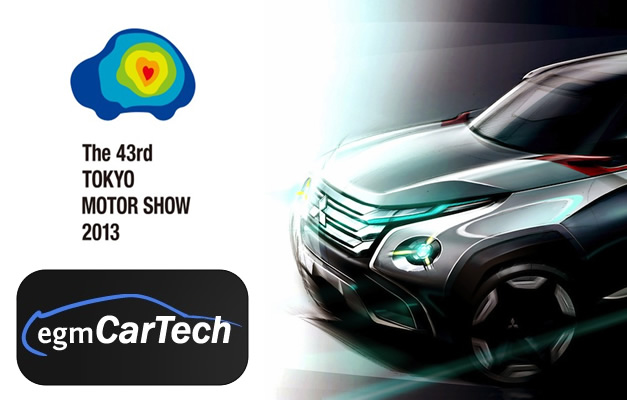 YOKOHAMA, Japan (November 20, 2013) – Nissan Motor Co., Ltd. is continuing to take the lead in ground-breaking innovation in the pursuit of zero emissions, by expanding its leadership of electric vehicles into new product segments.The company already dominates in electric passenger vehicles. Launched in December 2010, the Nissan LEAF is the best-selling pure electric vehicle in history with more than 87,000 on the roads worldwide. Zero tailpipe emissions, powerful acceleration, quietness and refinement as well as exemplary safety and reliability mean more and more drivers are embracing the utterly unique features of an EV. Now Nissan is challenging itself to bring the benefits of zero emissions to new customers.With the successful introduction of the world’s first mass-produced 100-percent electric-powered vehicle back in December 2010, the Nissan LEAF has truly changed the way the world thinks about mobility. At the 2013 Tokyo Motor Show, a total of five dynamic EVs are on Nissan’s stand.

Joining the forward-thinking self-driving Autonomous LEAF in the Nissan display will be the NISSAN BladeGlider, e-NV200, NISSAN New Mobility CONCEPT and Nissan LEAF Aero Style. Together they represent Nissan’s vision for future mobility. NISSAN BladeGlider – Leading Edge EV Technology Drives The Future From “driving” to “gliding” in a hyper-agile and ultimately efficient EV, NISSAN BladeGlider shifts the engineering paradigm to reveal a new dimension of driving fun and excitement. Aerodynamically-focused, Nissan BladeGlider offers drivers and passengers a new sense of glider-like driving pleasure, evoking exhilaration through its nimble and intuitively controlled handling that stems from its swept-wing form and gliding roots.

Disrupting and challenging the status quo, the NISSAN BladeGlider shares sustainable engineering values with both the Nissan LEAF and the Nissan ZEOD RC, the futuristic-looking competition machine which will make its debut in next year’s 24 Hours of Le Mans endurance race.

“Electrifying” the 24 Hours of Le Mans with the Nissan ZEOD RC is just the first step in changing the face of motorsport and making it once again relevant to what we actually drive on the road. This is Nissan’s challenge to redefine the existing concept of motorsports competition. The NISSAN BladeGlider on display on the stand is not just for show. It demonstrates the innovation and excitement of the Nissan brand and Nissan’s Zero Emissions Mobility leadership as an exploratory prototype of upcoming production vehicle. e-NV200 Based on the highly acclaimed and space-efficient NV200 compact cargo light commercial vehicle, Nissan’s e-NV200 is the second Nissan electric vehicle to be marketed globally. A user-friendly small van is set to electrify the light commercial vehicle segment, further solidifying Nissan’s zero emissions leadership. It will be launched in mid of 2014 in Europe and within fiscal year 2014 in its home market in Japan.

The e-NV200 provides exceptionally smooth acceleration and quietness, driving characteristics that are unique to EVs. It emits no CO2 at the point of use, making new business applications possible, such as driving indoors. The e-NV200’s enviable running cost – a priority for most companies – will be highly attractive when competing in the commercial vehicle marketplace.

One such scheme is already underway in Japan. Called “choi-mobi” (which means “easy mobility” in Japanese) it is the country’s first large-scale one-way car sharing scheme with ultra-compact mobility. Launched on October 11 it already has more than 2,700 members.

In August, Nissan announced it would be ready with commercially-viable Autonomous Drive by 2020, as part of its goal of working towards ‘zero fatalities’, a key pillar of the company’s research and development alongside ‘zero emissions’. To fulfill Nissan’s brand promise of Innovation and Excitement for Everyone Autonomous Drive will be available across the model range within two vehicle generations after 2020.

EVs are well-suited to autonomous driving because all of actuation devices are electrified. The Future Is Here A full 100 years have passed since the automobile was born. With the next century in focus, Nissan is delivering a series of EVs and zero emission vehicles that are challenging the pre-existing notions of how man moves around his planet. Nissan is the leader in this new form of sustainable transportation, and is entering new segments of the auto market with electric vehicles. Nissan’s zero emission technology is disrupting the auto industry, from the car customers drive every day to the highest level of motorsports to commercial vehicles.

February 4, 2010 Omar Rana Comments Off on Think puts together U.S. EV-Ready Cities Index, shows which cities are ready for EVs