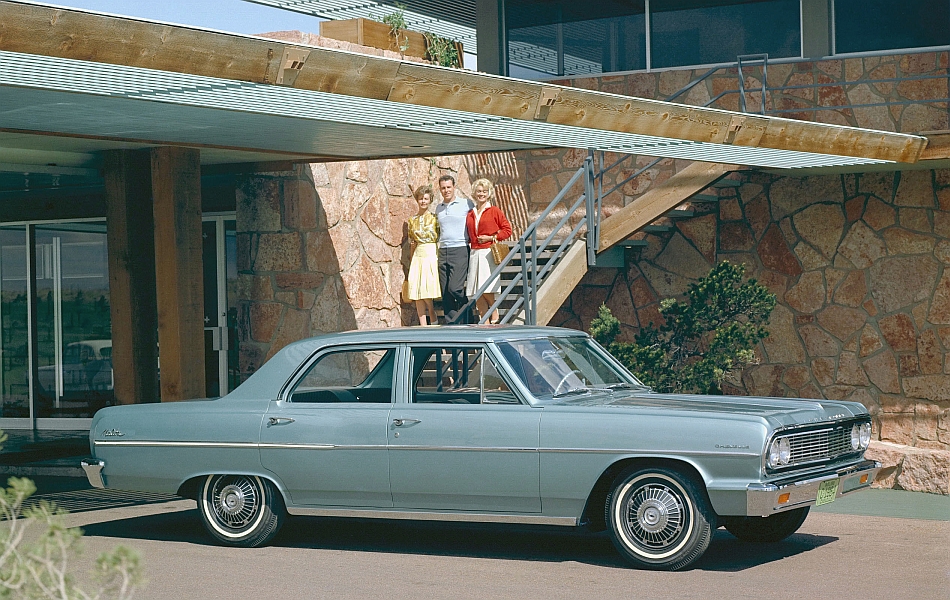 Chevrolet celebrated a recent milestone, involving one of the brand’s longest lasting nameplates, even despite a 14-year hiatus in 1983.

The Malibu turns 50 next year, after being introduced originally as a luxury trim to the midsized Chevrolet Chevelle. Offered with a 3.2L inline-six—oh, those were the old days…—complete with pushrods and a single barrel carburetor, the 1964 Chevrolet Malibu could be had with either a 3-speed manual or a 2-speed automatic. And for 1964, the curb weight hovered around 2,870lbs, which is not at all what you’d expect from a 1960s American iron.

The latest Malibu, the eighth generation, was introduced in 2013 and then mildly refreshed in 2014 to tackle some concerns addressed in feedback. It is now powered by a 2.5L EcoTec four-banger with direct fuel injection, good for 196hp. Swapping cogs is GM’s latest six-speed automatic.

For a quick breakdown of the Malibu’s history, check it out after the jump.

DETROIT – In 1964, a gallon of gas cost 30 cents and a movie ticket cost $1.25. The Dow Jones Industrial Average closed the year at 874 and The Beatles made their historic appearance on the Ed Sullivan show. It was also the year Chevrolet introduced the Malibu.

What a difference half a century makes.

The 2014 Malibu is a technologically advanced midsize sedan delivering efficiency, comfort and connectivity unimagined in 1964. Compared with the 2013 model, a new, standard 2.5L engine with stop/start technology contributes to 14 percent greater fuel economy in the city (25 mpg) and 6 percent improved mileage on the highway (36 mpg).

Stylish for its day, Malibu made its mid-1960s debut as Chevrolet’s first “intermediate” car – and one of the first midsize cars in America. Before then, Chevrolet’s passenger car lineup consisted of a range of full-size models, headlined by Impala, along with the compact Chevy II (Nova), Corvair and Corvette.

Named for the Los Angeles-area enclave that was center of the beach culture in the 1960s, the Malibu was the top trim line for the intermediate platform, which also included the Chevelle as an entry-level model, and the El Camino truck. It was lauded for its robust, body-on-frame construction and responsive coil-spring front suspension.

The 2014 Malibu is the eighth generation of the nameplate and its standard 2.5L four-cylinder engine delivers 65 percent more horsepower than the original Malibu’s standard 3.2L six-cylinder. The technological progress extends to safety, comfort and connectivity features. What has not changed is Malibu’s mission as a midsize car with styling that stands the test of time.

Although originally launched as premium sedan for families, the first Malibu was quickly caught up in the muscle car wars of the 1960s and soon after its introduction, the sporty Malibu SS was born. The Chevelle SS took the lead for Chevrolet’s muscle cars in 1966 and the Malibu continued as the premium model, tailored for the growing number of suburban customers who sought roominess yet efficiency for their long commutes everyday.

Based on the original intermediate platform, the 1968-72 models’ dimensions shifted with a slightly shorter 112-inch wheelbase for coupes and convertibles and a longer, 116-inch wheelbase for sedans and wagons. Like the 1964-67 models, each model year in the second generation had distinctive year-over-year styling differences.

The 1973 introduction of the third-generation Malibu brought a new frame that retained the previous 112-/116-inch wheelbases, but to accommodate new federal crash standards, the bodies grew about five inches in length and one inch in width.  A European-inspired Laguna model briefly dethroned the Malibu from its perch atop the midsize hierarchy.

Chevrolet discontinued the Chevelle line after 1977 and the next generation of downsized midsize cars would stick strictly with the Malibu name from 1978 onward. They were a foot shorter and more than 500 pounds lighter, offering V-6 and V-8 engines. There was even a dedicated police car package.

After a five-year run with the fourth generation, the sun set on Malibu from 1984 until 1997, when it was reborn as an all-new, front-wheel-drive sedan, offering four- and six-cylinder engines. It was named Motor Trend Car of the Year for 1997.

Malibu moved to GM’s award-winning global architecture for 2004, offering greater technology, efficiency and performance – including the return of the Malibu SS, which featured a 240-horsepower 3.9L V-6. The Malibu range also included the Malibu Maxx five-door extended sedan, which offered greater cargo room and innovations such as the ability of the rear seat to slide seven inches fore and after and reclining rear seat.

Riding on an enhanced, longer version of the architecture introduced on the 2004 Malibu, the seventh-generation models introduced greater levels of refinement, performance and efficiency – along with enhanced safety features, including standard head curtain side air bags. It was voted the 2008 North American Car of the Year at the North American International Auto Show in Detroit.

Redesigned for 2013, Chevrolet further enhanced Malibu for 2014 with greater efficiency, new connectivity features, comfort enhancements and a new front-end appearance. It offers the segment’s first engine with standard stop/start technology and an available 2.0L turbo engine with 259 horsepower that continues a performance legacy established 50 years ago. 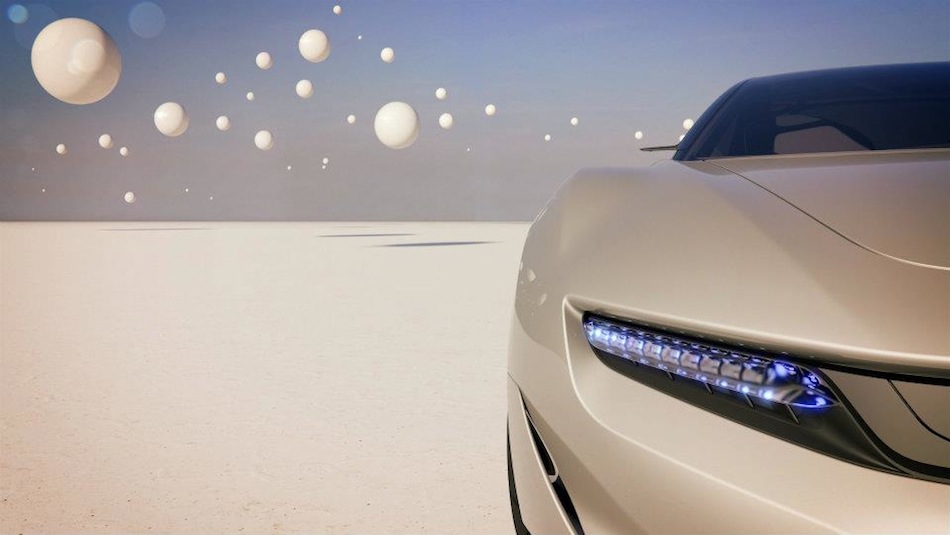 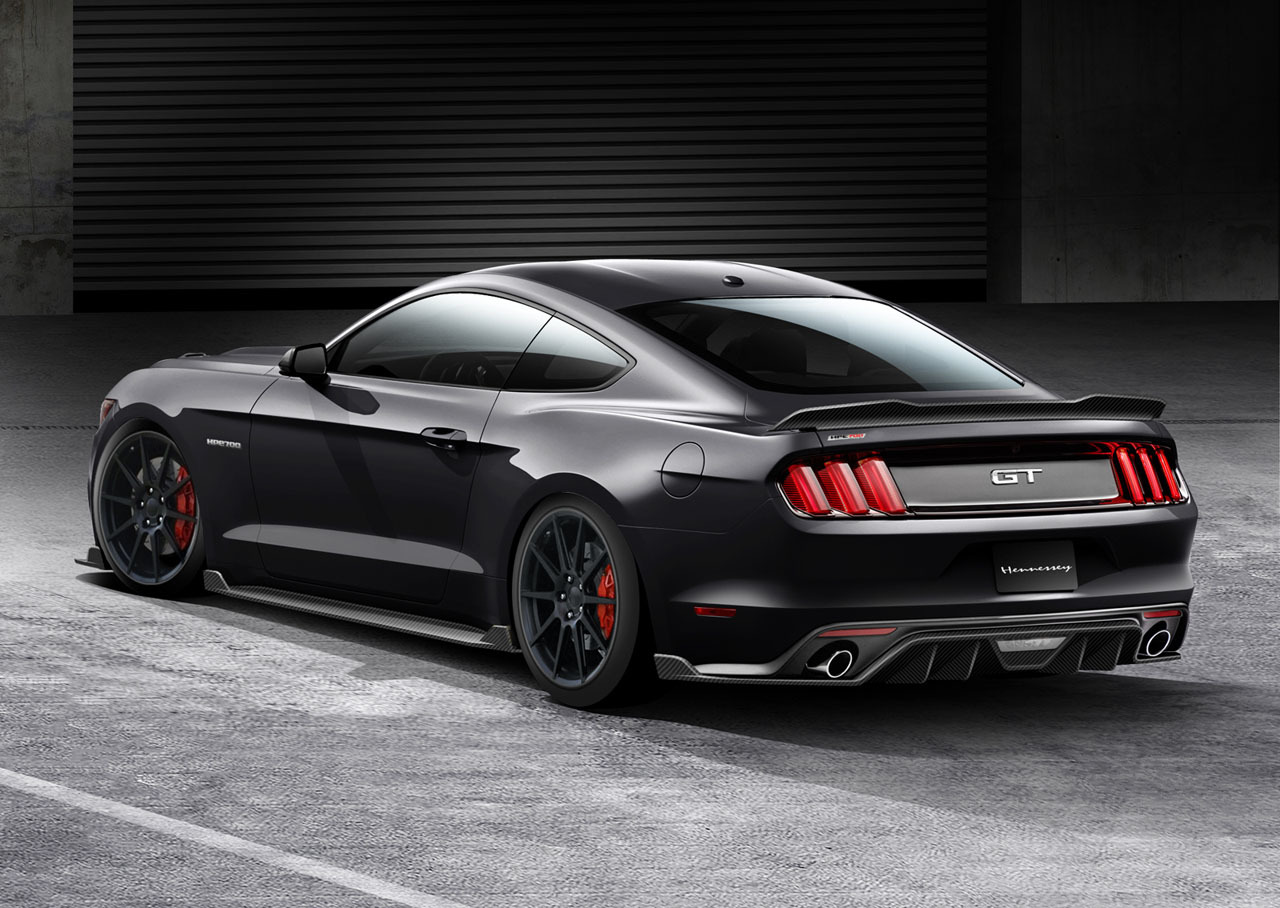 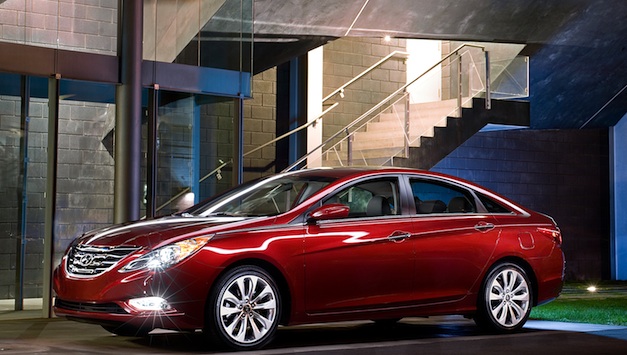 Report: Next gen Hyundai Sonata will maintain current core styling and evolve rather than change drastically

April 11, 2013 Omar Rana Comments Off on Report: Next gen Hyundai Sonata will maintain current core styling and evolve rather than change drastically