Bentley has confirmed to be revealing a new special edition of its Mulsanne flagship at this year’s Concours d’Elegance auto show and auction in Pebble Beach, California. It’s called the Bentley Mulsanne Le Mans Edition, and its more than just one really green Mulsanne.

It was designed to celebrate Bentley’s 90th anniversary of its first participation in the world-renowned Le Mans 24 Hours endurance race.

It also comes optioned out with a sports-tuned exhaust system, sport suspension, and bespoke five-spoke alloy rollers. On the inside, you’ll find diamond-patterned leather seats and drilled metal stop and go pads.

(Pebble Beach, 13 August 2013). The past meets the present for Bentley this year as California’s Monterey Peninsula is primed for a week of the world’s most coveted historic automobile displays and events. Bentley continues to celebrate the 90th Anniversary of the Le Mans 24 Hours endurance race, as it debuts the Le Mans Limited Edition Mulsanne. This model complements the Continental range of Le Mans Limited Edition models which are available exclusively to North America.

“2013 is the 90th Anniversary of the first Le Mans 24 Hours race, in which Bentley was the only British marque to participate, and also the 10th Anniversary of the most recent win for the Speed 8 in 2003,” said Christophe Georges, COO of Bentley Motors America. “Pebble Beach, for us, is the ideal place to debut and display our Le Mans Limited Edition Mulsanne model and to showcase our flagship vehicle

in its Limited Edition livery to a very knowledgeable audience of automotive enthusiasts and Bentley owners from around the world.”

The iconic Bentley Blower and the 2003 Le Mans winning Speed 8, along with its driver Guy Smith, join Bentley at The Quail, A Motorsports Gathering on Friday. The Flying Spur, Bentley’s new luxury four door sedan

and the Continental GT Speed, Bentley’s fastest production model ever, will also be on display at this exclusive gathering set upon the rolling greens of The Quail Lodge and Golf Club.

Following its world debut at Goodwood Festival of Speed in July, Bentley will present the Continental GT3 race car at The Rolex Monterey Motorsports Reunion held at the Laguna Seca Raceway. The car, together with members of the Bentley Motorsports team, will be on display in the Laguna Seca Raceway paddock from Friday 16th to Sunday 18th August. Following this appearance, the Continental GT3 will continue its programme of developmental track work ahead of the planned return to competitive racing in 2014.

Auctions of Vintage and Classic Cars

Pebble Beach is renowned for its car auctions and the highlight of the series of vintage Bentleys to be auctioned during the week is the 1931 Bentley 4½ Litre Supercharged Le Mans. This car is one of only three Original Le Mans Specification production Supercharged cars built and it is perhaps a quirk of fate that this car is to be auctioned at the same time as the new Le Mans Limited Edition debuts in the United States.

In 2013, the following classic Bentleys are being auctioned, including some of the most significant Bentleys in the marque’s history.

Bonhams will auction one Bentley on Friday, August 16th – 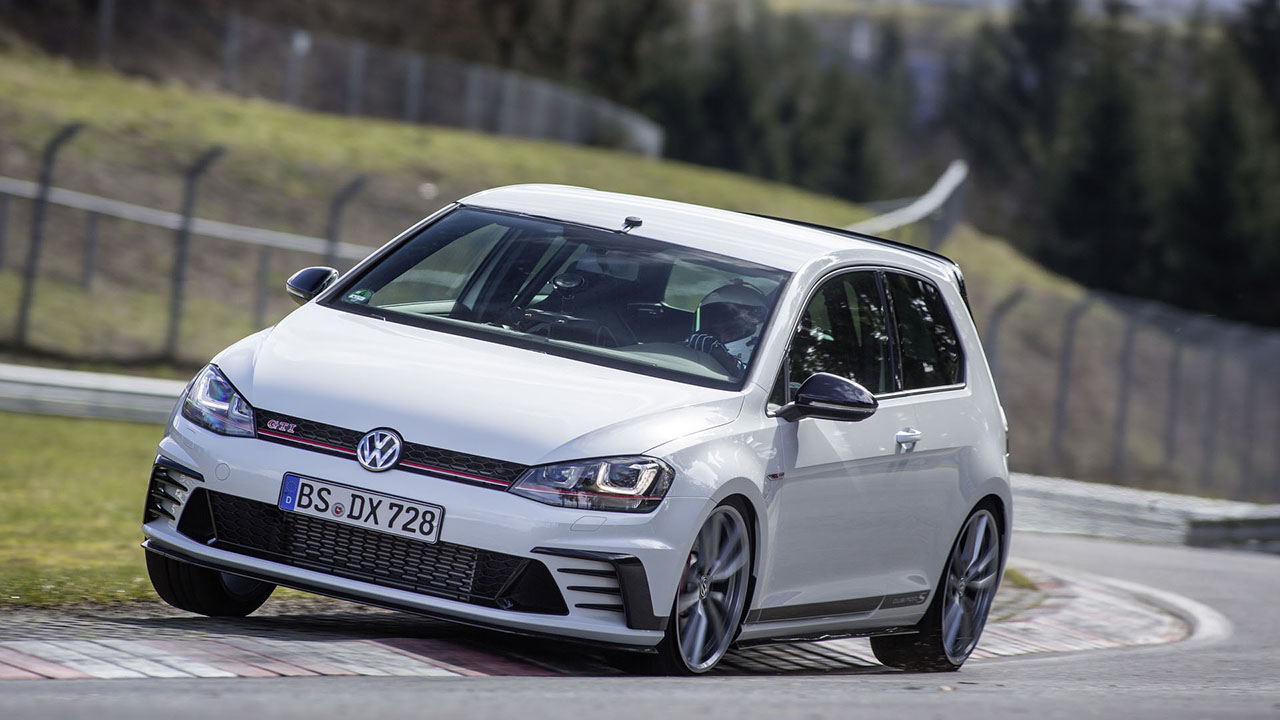 Video: Here’s some footage of Volkswagen beating the Nürburgring record with the Golf GTI Clubsport S

May 5, 2016 Chris Chin Comments Off on Video: Here’s some footage of Volkswagen beating the Nürburgring record with the Golf GTI Clubsport S

August 19, 2011 Omar Rana Comments Off on Video: Watch the 2013 Lexus GS 350 be unveiled along with some driving footage