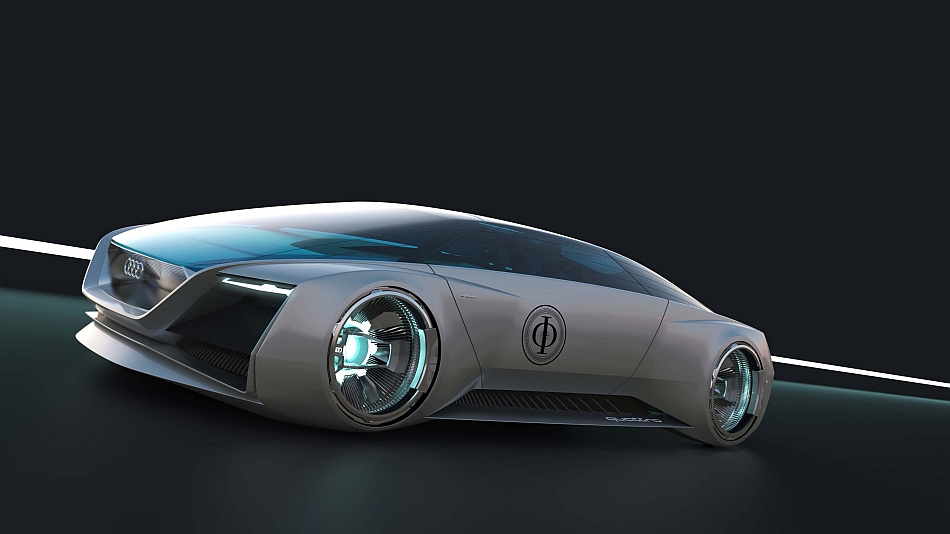 Audi and science fiction Hollywood have gone together quite well in the past decade or so. People may have not realized it then, but the current beloved Audi R8 received much of its inspiration from the Audi RSQ that was used in the Will Smith film, I, Robot, in conjunction with the Audi Le Mans Quattro Concept.

And now, Audi and the movie industry are back at it as the former Auto Union brand has confirmed to be the visionary involved with futuristic cars in the latest film, Ender’s Game, an adaptation of the award-winning novel and feature film, produced by Summit Entertainment.

The unique model is known as the Audi Fleet Shuttle Quattro and was used to truly accentuate Audi’s possible design direction for the future, in a 2013 perspective. Ender’s Game will debut in theaters on November 1, 2013.

And of course, Audi left us a little movie trailer to showcase what they’ve been working on. Check it out along with the press release after the jump.

The fictional Audi fleet shuttle quattro seen in the film “Ender’s Game” marks the first time the car company has unveiled a purely virtual Audi in a feature film. True to the company’s “Vorsprung durch Technik” philosophy, the brand with the four rings collaborated with director Gavin Hood and the production team to use the latest technology to digitally and seamlessly integrate the Audi Fleet Shuttle Quattro into the futuristic environment of the film.

The company noted that the technologically advanced world of “Ender’s Game” is reflected in the design of the model. “The Audi in the movie represents progress and it appears in key scenes that have a lasting impact on the life of the protagonist,” explained Florian Zitzlsperger, responsible for Brand Partnerships at AUDI AG. “With this, our Audi becomes a part of this fictional world.”

“Designing the Audi Fleet Shuttle Quattro was comparable to tailoring a made-to-measure suit,” said Frank Rimili, Chief Designer for the film project. “We adapted it to the requirements of the world in ‘Ender’s Game’ and, at the same time, ensured that we preserved our brand values. Ultimately, we were able to project our design philosophy perfectly onto the fictional world of the movie.”

Linda McDonough, a producer of “Ender’s Game,” added, “The Audi brand is already very forward thinking which made their inclusion in our film an organic fit.”

Based on the best-selling, award-winning novel, the feature film “Ender’s Game” is an epic adventure written for the screen and directed by Gavin Hood starring Asa Butterfield, Hailee Steinfeld, Ben Kingsley and Viola Davis with Abigail Breslin and Harrison Ford.

In the near future, a hostile alien race has attacked Earth. In preparation for the next attack, humans begin training the best students to find their future leader. Ender Wiggin, a shy but strategically brilliant young man, is pulled out of his school to join the elite. Arriving at Battle School, Ender quickly and easily masters the training, distinguishing himself and winning respect amongst his peers. He is soon ordained as the military’s next great hope and is charged to lead his fellow soldiers into an epic battle that will determine the future of Earth and save the human race. Summit Entertainment, which co-financed the film with OddLot Entertainment, will release the film in the United States.

Summit Entertainment, a LIONSGATE® company, will bring the film to theatres on November 1, 2013.

In 2012, the Audi Group delivered 1,455,123 cars of the Audi brand to its customers, generated revenue of €48.8 billion and achieved an operating profit of €5.4 billion. The Audi Group is globally present in more than 100 markets and produces vehicles in Ingolstadt and Neckarsulm (Germany), GyÅ‘r (Hungary), Brussels (Belgium), Bratislava (Slovakia), Martorell (Spain), Kaluga (Russia), Aurangabad (India), Changchun (China) and Jakarta (Indonesia). The brand with four rings will produce cars also in Foshan (China) as of late 2013 and in San José Chiapa (Mexico) starting in 2016. AUDI AG’s wholly owned subsidiaries include quattro GmbH (Neckarsulm), Automobili Lamborghini S.p.A. (Sant’Agata Bolognese, Italy) and the sports motorcycle manufacturer Ducati Motor Holding S.p.A. (Bologna, Italy). The Group currently employs more than 70,000 people worldwide, including around 50,000 in Germany. Total investment of approximately €11 billion is planned by 2015 – mainly in new products and sustainable technologies. Audi lives up to its corporate responsibility and has strategically established the principle of sustainability for its products and processes. The long-term goal is CO2-neutral mobility.

About Lionsgate
Lionsgate is a leading global entertainment company with a strong and diversified presence in motion picture production and distribution, television programming and syndication, home entertainment, family entertainment, digital distribution, new channel platforms and international distribution and sales. The Company has built a strong television presence in production of primetime cable and broadcast network series, distribution and syndication of programming and an array of channel assets. Lionsgate currently has 28 shows on 20 networks spanning its production, distribution and syndication businesses, including such critically-acclaimed hits as the multiple Emmy Award-winning Mad Men, Nurse Jackie, Anger Management, the network series Nashville, the syndication successes Tyler Perry’s House of Payne, its spinoff Meet the Browns and The Wendy Williams Show as well as the new series Orange Is The New Black.

Its feature film business has been fueled by such recent successes as the blockbuster first installment of The Hunger Games franchise, The Twilight Saga Breaking Dawn – Part 2, Now You See Me, Kevin Hart: Let Me Explain, Tyler Perry’s Temptation, Warm Bodies, Texas Chainsaw 3D, The Expendables 2, The Possession, Sinister, The Cabin in the Woods and Arbitrage.

Lionsgate’s home entertainment business is an industry leader in box office-to-DVD and box office-to-VOD revenue conversion rate. Lionsgate handles a prestigious and prolific library of approximately 15,000 motion picture and television titles that is an important source of recurring revenue and serves as the foundation for the growth of the Company’s core businesses. The Lionsgate and Summit brands remain synonymous with original, daring, quality entertainment in markets around the world.

About OddLot Entertainment
OddLot Entertainment is a Los Angeles-based film and television production company that develops, produces, finances and arranges distribution for quality, commercial properties for both the domestic and international markets.

OddLot’s next production to be released is ENDER’S GAME. OddLot also produced THE WAY, WAY BACK, a comedic drama from Academy Award®-winning writers Jim Rash and Nat Faxon, which was acquired by Fox Searchlight at the 2013 Sundance Film Festival and was released in theatres on July 5, 2013. The film stars Steve Carell, Toni Collette, Sam Rockwell, Allison Janney, Maya Rudolph, AnnaSophia Robb, Amanda Peet and Liam James.

The company is currently producing Ivan Reitman’s DRAFT DAY starring Kevin Costner which will be released by Summit Entertainment, and Jon Stewart’s upcoming directorial debut ROSEWATER. OddLot’s other credits include producing the critically-acclaimed DRIVE, RABBIT HOLE and FROM PRADA TO NADA. Past credits for Gigi Pritzker, OddLot’s CEO, include THE WEDDING PLANNER, GREEN STREET HOOLIGANS and MEAN CREEK 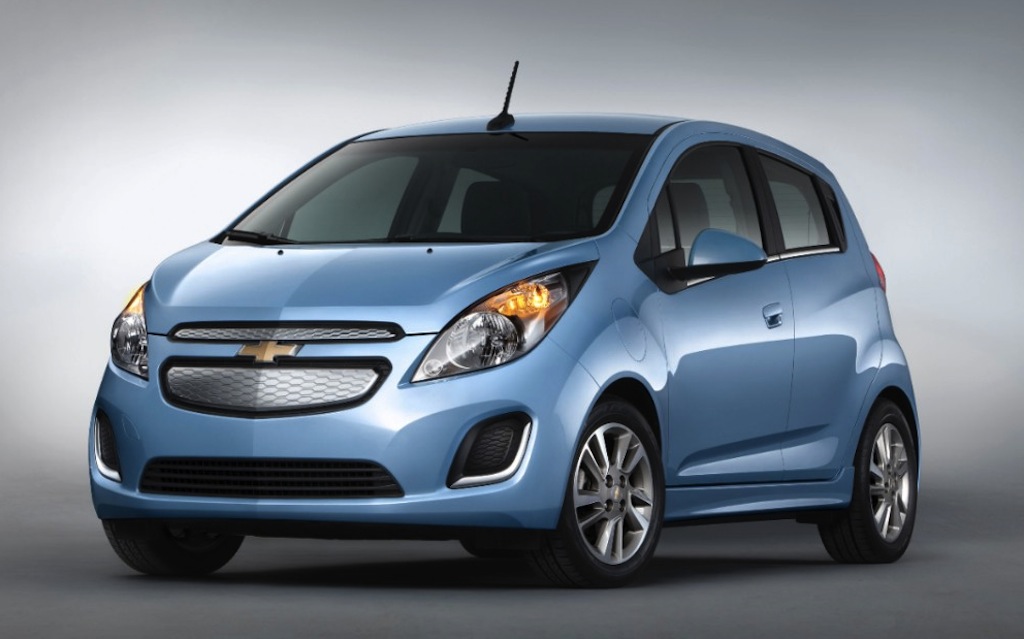 May 24, 2013 Chris Chin Comments Off on Chevrolet prices the new Spark EV’s leasing program at $199/month for 36 months

Rumor: 2012 BMW 6-Series Convertible to be featured in Mission Impossible 4

November 8, 2010 Omar Rana Comments Off on Rumor: 2012 BMW 6-Series Convertible to be featured in Mission Impossible 4

Video: Justin Bieber goes Arab money with his Fisker Karma, gets it chromed out

April 10, 2012 Omar Rana Comments Off on Video: Justin Bieber goes Arab money with his Fisker Karma, gets it chromed out