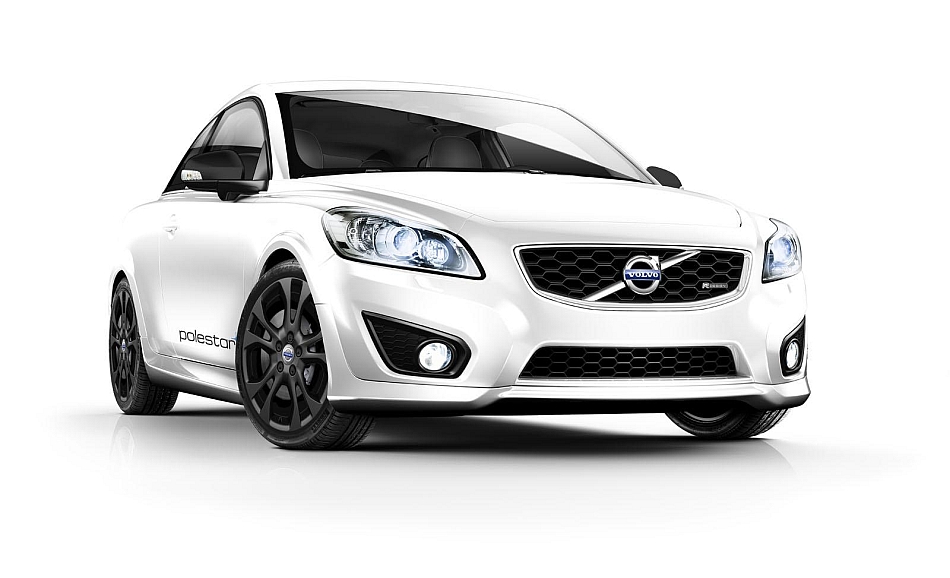 Volvo officially announced that they’ll be sending off the C30 compact off to the junkyard in the sky and by doing so, they’ll be raffling off the last ever C30 built to a lucky winner.

The last C30 will be an R-Design model, decked out in an Ice White paint job, complete with the Polestar upgrade package. It will also be right-hand drive as it will be offered only to the British market.

The Volvo C30 originally debuted at the 2001 North American International Auto Show in Detroit. And although the hatchback scored high amongst us journalist lot, sales never really met Volvo’s expectations. A total of approximately 210,000 C30s have been produced.

Though, it’s not like we didn’t see this coming…


FROM CONCEPT TO CULT – FAREWELL TO THE VOLVO C30

As the Volvo C30 comes to the end of the road, Volvo Cars

takes a look back and celebrates the success of the sporty hatchback that sold almost 210,000 cars worldwide – with one in seven sold in the UK.

On sale for just seven years, the visually arresting C30 was a major design departure for Volvo Cars when it launched in 2006 and as a result has developed a hardcore following achieving cult status, particularly among a younger audience.

Making Volvo Cars cool for the first time since the heady days of the design classic P1800, the sleek and sporty four-seat C30 was immortalised in the Twilight films with vampire R-Patz taking the wheel to demonstrate just what the powerful C30 was capable of when rescuing love-interest Kristen Stewart.

Film appearances have swiftly followed, with the striking C30 starring in the Abyss and She’s Out of my League as well as spots on TV shows Primeval, Fifth Gear and Top Gear. Even pop group JLS fell for the looks and charm of the C30, using it in one of their music videos.

With almost 210,000 C30s sold worldwide, if parked bumper to bumper, they would stretch almost 900km – from London to Munich. If they were stacked on top of each other, they would reach the Thermosphere – or as tall as 934 Eiffel Towers, or 1,916 Blackpool Towers.

And for fans wondering about the last ever C30 – log on to www.LastEverC30.co.uk for more information and your chance to win the car. It is a sporty and aggressive ice white R-design C30 with Polestar upgrade, up for grabs in an exciting Twitter competition.

The C30 started life in 2001 at the Detroit Motor Show, with the launch of the Volvo Safety Concept Car.

Fast forward five years and Volvo Cars launched a future classic in Paris in September 2006, clearly borrowing the shape and design of the instantly recognisable C30 from the Volvo Safety Concept Car.

The C30 was the starting point for Volvo Cars’ leadership in active safety. About 15 of the advanced technical solutions found in today’s Volvo models were first seen in the Volvo SCC, such as forward collision warning, BLIS (Blind Spot Information System) and lane Departure Warning and Driver Alert.

Mix a Formula One car with a C30 and you’ve got the idea behind the concept by Evolve Cars Inc. Created just a month after the Paris debut for the 2006 SEMA show in Las Vegas, Evolve created an enthusiast’s dream drawing on F1 technology and its renowned track record of maximising the performance potential of Volvo Cars with their stunning version of the C30.

Utilising the versatile C30 for another concept at the Frankfurt Motor Show in 2007, Volvo Cars launched the Volvo ReCharge Concept. A plug-in hybrid with individual electric wheel motors, this modified C30 had batteries that can be recharged via a regular electrical outlet for maximum environmental benefit and can be driven around 100km on battery power alone before a four-cylinder Flexifuel engine kicks in to power the car and recharge the battery.

In 2010, the team behind Volvo’s championship-winning Swedish Touring Car Team created a monster 400PS AWD road car version of their Volvo C30 Racer. The Performance Concept Prototype was the result of what happens when a Championship-winning team of race engineers and designers get free-rein to design and engineer a car.

A Volvo C30 Polestar testing at Nürburgring Nordschleife may be viewed at: https://www.youtube.com/watch?v=vRgNezdpmQU

The C30 has seen massive success in the four years that Polestar raced a version in the STCC, winning both the team and driver’s titles in 2009 and 2010. A similar version also raced for two years in the World Touring Car Championships.

A tribute to the Volvo C30 may be viewed at: https://www.youtube.com/watch?v=LheJMyBfquE

Celebrating the end of an era

Volvo Car UK is celebrating the success of the Volvo C30 by launching a three-day game on www.LastEverC30.co.uk which will see one lucky person become the proud owner of the #LastEverC30.

starts on Thursday 13th June at 07:00 when the C30 R-Design with Polestar upgrade departs from Gothenburg, Sweden, making its way to the UK and to a specific area over the next two days – but only with the help of the audience and through the power of their tweets. Each tweet posted using the hashtag #LastEverC30 not only brings the car closer to the UK but enters the person posting into a competition to win additional prizes along the way.

On Saturday 15th June 2013, the third and final day of the competition, participants will have to unlock the car’s exact location by solving four clues posted on www.LastEverC30.co.uk and then get there as fast as they can to complete one final task. Whoever does this first will be crowned the winner and owner of the last ever C30.

Follow the action, find out how to play and take part in the Last Ever C30 journey on www.LastEverC30.co.uk.