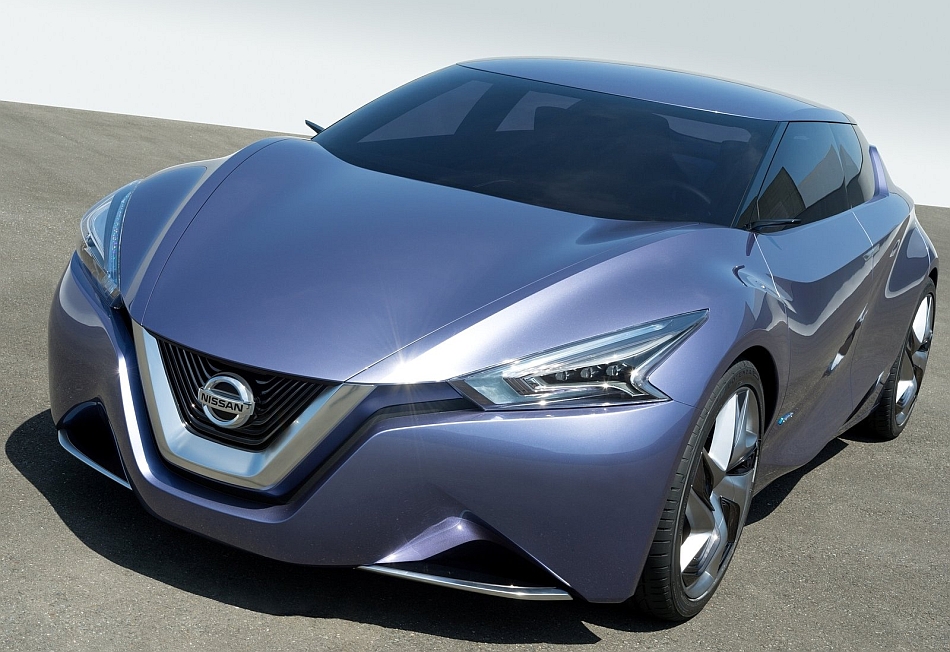 In a bid to seriously capture the minds of China’s rapidly emerging Facebook generation—we think quite literally—Nissan unveiled their interpretation of a modern and hip shooting brake city runabout called the Friend-ME Concept. It has four doors, but dons a very curvaceous body and an extended low-slung roof over the boot a la Hyundai Veloster.

And it appears Nissan even went as far as to truly observe Chinese culture as the dominate generation born in the 1980s—which Nissan claims to be around 240 million Chinese citizens—is its direct market, specifically with Chinese men in their mid-20s. This generation is known as the “Bālínghòu.”

“Bālínghòu males are a huge cohort in the world’s largest market, and they’re now reaching their prime,” said François Bancon, Nissan’s general manager for product strategy and planning. “Clearly, their tastes will shape automotive trends worldwide for decades to come. So we believe it’s important to listen with respect, and respond by putting dreams within their reach. That’s why Friend-Me is our first proposition in an ongoing dialogue.”

Under the front sits a 2.0L four-banger supposedly hooked up to Nissan’s newly developed PureDrive hybrid powertrain. Additionally, the Friend-ME concept promises to offer a revolutionary vehicle control and infotainment system where all occupants receive the same information as the driver, including speed, navigation, fuel economy et al. Additionally, everyone has an opportunity to control what’s jammin’ through the speakers via the two center console screens referred to as “the oracle stone.” But should you not like the music being played in throughout the car, you can resort to your own listening.

Additionally, the screens are all synched up with each other to provide one entire “desktop” much like a multi-monitor setup for your PC, where you can drag windows to other screens.

“Our console is like an oracle-stone that gives the Friend-Me crew the power to look down the road ahead, over the horizon, through walls… to anywhere in the online world,” said the vice president of Nissan Design China, whose name is ironically Taiji Toyota. “As they cruise through an entertainment district, the console reveals the scenes playing out in each building they pass. We’ve anticipated where automotive online is destined to go – and it’s bound to be exciting.”

SHANGHAI, China, April 20, 2013 -– Nissan today revealed its Friend-Me concept, a four-passenger sedan designed for a generation with a very different automotive outlook. With an assertive, imposing exterior featuring boldly flowing sculpted lines, Friend-Me is a confident creature of the night, meant to be seen in bright city lights. Inside is a carefully considered space designed to give four friends a sense of shared adventure without hierarchy.

The concept is applicable globally, but the genesis of Friend-Me was Nissan’s exploring the aspirations of customers destined to emerge as the world’s largest single market segment: the “Bālínghòu,” around 240 million Chinese born in the 1980s are known. Specifically, Friend-Me addresses the social dynamics of Chinese men in their mid-20s.

“Bālínghòu males are a huge cohort in the world’s largest market, and they’re now reaching their prime,” said François Bancon, Division General Manager of product strategy and advanced planning at Nissan. “Clearly, their tastes will shape automotive trends worldwide for decades to come. So we believe it’s important to listen with respect, and respond by putting dreams within their reach. That’s why Friend-Me is our first proposition in an ongoing dialogue.”

For a generation that grew up without siblings, leisure time shared with peers is treasured. That time – usually at night – tastes sweetest when four buddies are in their own private space. Yet they can share adventures by connecting virtually in a car where all feel equal.

Edgy, but mannered enough to go with the flow
Heads are bound to turn as the Friend-Me crew cruise the night-time streets, because this car asserts an imposing presence. Solidity and flowing lines give it an edgy muscularity that’s ‘bad’… but not evil. It’s definitely not your old man’s sedan, yet it’s mannered enough not to embarrass the family.

With its exterior design, Friend-Me addresses a fine balance that middle-class Bālínghòu youth must heed. “We call our solution ‘Distilled Da Qi,'” said Taiji Toyota, Vice President of Nissan Design China. “‘Da Qi is about casting an aura, about standing out, but at the same time going with the flow, fitting in. It’s a question of balance, and we’ve worked to refine it right down to the essence. The result adds an entirely new and youthful dimension to the sedan category.”

A low and wide stance with short front and rear overhang emphasizes more chunky, aggressive and sporty impression rather than authentic sedans. Together with this challenging proportion, distinctive design aspects are presenting one of the new directions of Nissan appearance. The energetic and fluid momentum which arises from ‘V-motion’ shaped grille streams through the hood to shoulder creates the impressive cadence with emotional aura.

The headlamps and rear combination lamps are accentuated by its unique boomerang shaped lighting signature.

The profile of the vehicle completely describes the progressive translation of ‘Distilled Da Qi’. The thin and light floating roof and kick-up shape around the C-pillar resonates well and produces sophisticated harmony. Likewise, the Neon Gray exterior color – specially developed to appeal to tech-savvy youthful tastes – show its lines to full effect at night.

‘Oracle stone’ empowers shared adventure
Inside, front and back, driver and passenger, all four seats are separate with the same high-tech style and status, because in this cabin all aboard are peers – equals. And all share the same information as the driver: speed, navigation, fuel remaining – everything. What’s more, the driver isn’t a ‘music dictator’ – everyone has the power to propose shared experiences… or go his own way.

Empowering all four adventurers is a unique center console stretching from the dash to between the rear seats – an iconic monolith in an onyx-black finish. Screens visible from each seat blend seamlessly with the surface, only becoming apparent as they display whatever contents the buzz of the moment demands. Whoever finds cool content can “toss” it from his mobile to the on-board screens so all can share in the fun.

“Our console is like an oracle-stone that gives the Friend-Me crew the power to look down the road ahead, over the horizon, through walls… to anywhere in the online world,” said Toyota. “As they cruise through an entertainment district, the console reveals the scenes playing out in each building they pass. We’ve anticipated where automotive online is destined to go – and it’s bound to be exciting.”

A dream within reach
Nissan Friend-Me has been carefully designed as a dream within reach of young customers in China. Based on an existing Nissan sedan architecture, it requires a minimum of unique components. And while the ecologically efficient PureDrive hybrid powertrain envisioned for Friend-Me would deliver more than enough zip for city driving, the engine is a modest 2.0-liter. Emphatically, the customers whose aspirations guided the design said it’s not highway performance they want, it’s a look that turns heads and a private-yet-connected space where just hanging out feels like an adventure.

That’s the dream Nissan Friend-Me delivers, thanks to the collaboration between design teams from Nissan Design China (NDC) – the Beijing studio established in 2011 – and Nissan Global Design Center (NGDC) under the leadership and direction of Shiro Nakamura, Nissan’s Senior Vice President and Chief Creative Officer. One of NDC’s most ambitious designs so far, Friend-Me is one of many in-depth explorations of China’s customer needs and aspirations now underway.

“If there’s one thing we want Nissan to be known for, it’s uniquely powerful insight into what excites and delights customers across China,” said Bancon. “Friend-Me is just the beginning.” 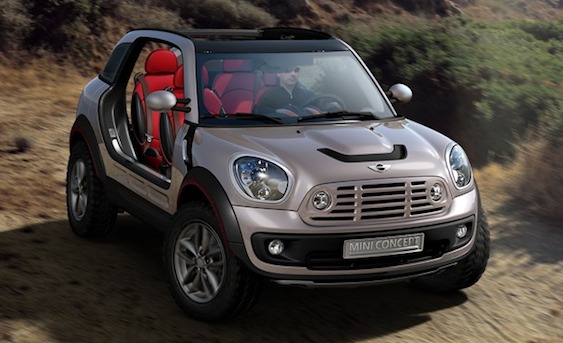 2010 Detroit Preview: Mini Beachcomber Concept, a crossover for the outdoors

December 15, 2009 Omar Rana Comments Off on 2010 Detroit Preview: Mini Beachcomber Concept, a crossover for the outdoors