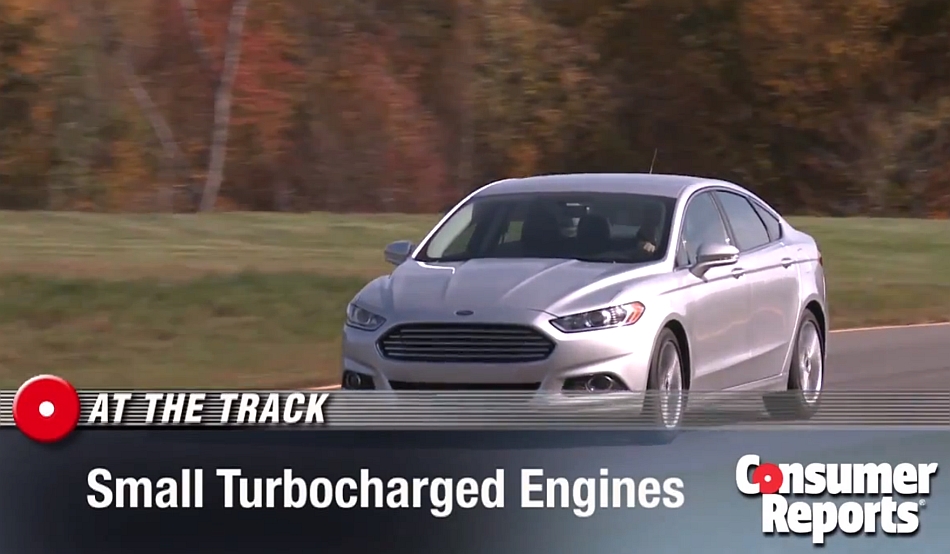 Automobile manufacturers have been heavily resorting to exhaust-driven forced induction, also known as turbochargers, as ways to boost fuel economy while maintaining and even boosting power. Not only are they quite fun in a performance aspect, in theory, they boost fuel economy while maintaining or increasing power because turbochargers are not always running at full boost, actively forcing more air and fuel into the combustion chamber.

As a result, a turbocharged engine while cruising isn’t using as much fuel as the turbocharger isn’t spinning that fast when compared to heavier throttle inputs. Again, in theory, the engine can solely rely on its own power production to keep a car at cruising speed and when a driver needs it, a quick depression of the right foot (and some downshifting, depending) will allow the engine to speed up, build up exhaust pressure to spool the turbocharger and voila, more power.

However, Consumer Reports reports that it’s all a sham and that many small turbo engines “fall short on fuel economy promises.”

“While these engines may look better on paper with impressive EPA numbers, in reality they are often slower and less fuel efficient than larger four and six-cylinder engines,” said Jake Fisher in the press release, Consumer Reports’ director of automotive testing.

CR also shared some results from their testing. For instance, they found that the 2013 Ford Fusion with the 1.6L EcoBoost turbocharged four-cylinder, although nominal in acceleration with others in its class similarly equipped, it received the worst exhibited fuel economy of just 25 mpg.

For more information about their findings, check out their press release and video below.

Fuel Economy, Acceleration No Better than in Conventional Powertrains

YONKERS, NY ― Although small turbocharged engines are marketed as delivering the power of a large engine, with the fuel economy of a smaller one, Consumer Reports tests have found that they often fall short of expectations. Many turbocharged cars tested by CR have slower acceleration and no better fuel economy than the models with bigger conventional engines.

“While these engines may look better on paper with impressive EPA numbers, in reality they are often slower and less fuel efficient than larger four and six-cylinder engines,” said Jake Fisher, director of automotive testing for Consumer Reports.

The full report can be found online at ConsumerReports.org.

Consumer Reports tests many cars with small, turbocharged engines, and lots of competitors with traditional, naturally aspirated engines, big and small. Based on the EPA fuel-economy estimates, which are calculated based on laboratory tests, some of these cars’ turbocharged engines look better. But CR’s engineers found those results don’t always translate to the real world driving and in Consumer Reports’ own fuel economy tests.

The latest example of underperforming small turbocharged engines is the collection of 2013 Ford Fusions with EcoBoost engines – small, turbocharged four-cylinders with direct injection -which were recently tested by Consumer Reports. The smaller engine – a 1.6-liter producing 173 hp – is a $795 option over the basic conventional 2.5-liter Four on Fusion SE models. But that car’s 0-60 mph acceleration time trails competitive family sedans, and it delivers just 25 mpg, placing it among the worst of the crop of recently-redesigned family sedans.

The most direct comparison among the vehicles Consumer Reports has tested is the Chevrolet Cruze. CR tested both a Cruze with the base 1.8-liter conventional four-cylinder, and one with the smaller 1.4-liter turbocharged Four. While the 1.4-liter feels marginally more powerful in daily driving, it was barely faster to 60 mph, and got the same fuel economy as the larger engine.

Consumer Reports has also found some turbocharged four-cylinder models that do deliver good fuel economy and acceleration: BMW’s new 2.0-liter turbocharged four gets 28 mpg in the new 328i Sedan and delivered improved mileage in the 2012 X3 SUV by one mpg, with essentially identical power and acceleration. Volkswagens using that company’s 2.0-liter turbo also return impressive mileage, though CR hasn’t tested any model variations with other engines that are directly comparable.

Consumer Reports notes that turbochargers pump extra air into the engine to deliver more power. But gasoline engines have to be operated at a very specific air-to-fuel ratio. So this extra air has to be augmented with extra fuel, which may offset any savings from shrinking engine sizes.

Consumer Reports is the world’s largest independent product-testing organization. Using its more than 50 labs, auto test center, and survey research center, the nonprofit rates thousands of products and services annually. Founded in 1936, Consumer Reports has over 8 million subscribers to its magazine, website and other publications. Its advocacy division, Consumers Union, works for health reform, product safety, financial reform, and other consumer issues in Washington, D.C., the states, and in the marketplace.

April 22, 2012 Omar Rana Comments Off on Report: Shelby planning for new signature halo car, could see versions of Focus/Fusion too 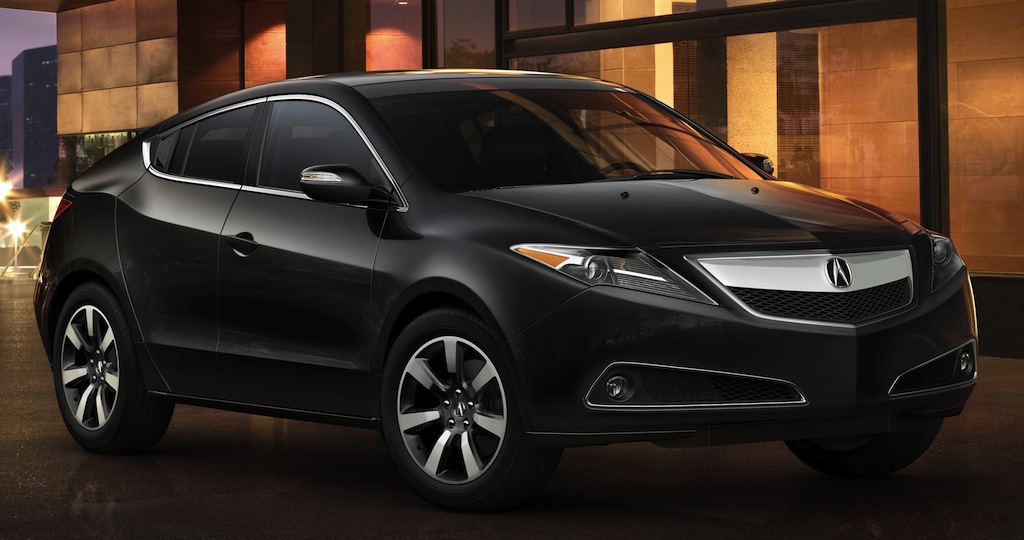 October 10, 2012 Omar Rana Comments Off on 2013 Acura ZDX will be the final model year for the crossover