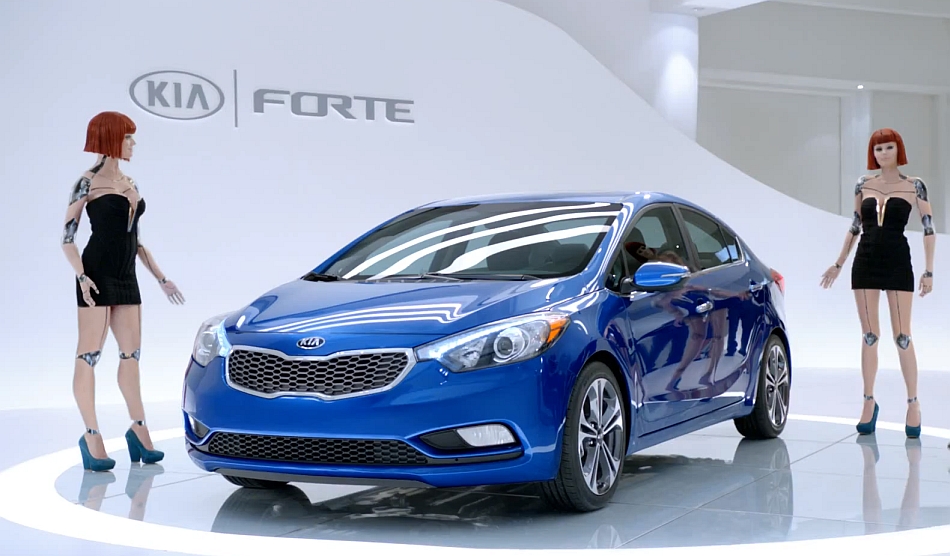 Kia passed a new car ad our way in the midst of the Super Bowl XLVII game earlier today, featuring former Miss USA Alyssa Campanella and the new 2014 Kia Forte sedan. The spot has been labeled “Respect the Tech,” and was entertaining enough to slap a smirk on my face…or perhaps that could’ve just been from Miss Campanella’s cameo appearance.

The Super Bowl’s audience of more than 100 million people has served as the perfect platform for launching many of Kia’s most memorable ad campaigns over the past three years, resulting in higher consumer awareness for our brand and record-setting sales,” said Michael Sprague in the press release, Kia’s executive vice president of marketing & communications. “Everyone can relate to ‘kicking the tires’ at an auto show or in a showroom, and ‘Hotbots’ is sure to bring a smile to the faces of youthful car buyers seeking the technologies, connectivity and premium features found on the all-new 2014 Forte.”

Check out the ad and the press release after the jump.

– “Hotbots” is scheduled to air in the third quarter of the big game and is now available at youtube.com/Kia

IRVINE, Calif., February 1, 2013 – Technology is an integral part of everyday life and advancing faster than ever. And when one unsuspecting auto enthusiast gets a little too touchy-feely with the all-new 2014 Kia Forte compact sedan in Kia Motors America’s (KMA) latest Super Bowl ad, a futuristic robot played by former Miss USA Alyssa Campanella springs into action to help him learn an important lesson: Always respect the tech. “Hotbots” is scheduled to air during the third quarter of Super Bowl XLVII on February 3 and introduces the technology-laden Forte, which will offer the next iteration of Kia’s hands-free infotainment and telematics system, UVO eServices, when it goes on sale in the coming months.

“The Super Bowl’s audience of more than 100 million people has served as the perfect platform for launching many of Kia’s most memorable ad campaigns over the past three years, resulting in higher consumer awareness for our brand and record-setting sales,” said Michael Sprague, executive vice president, marketing & communications, KMA. “Everyone can relate to ‘kicking the tires’ at an auto show or in a showroom, and ‘Hotbots’ is sure to bring a smile to the faces of youthful car buyers seeking the technologies, connectivity and premium features found on the all-new 2014 Forte.”

Created by David&Goliath, KMA’s advertising agency of record, a special expanded version of “Hotbots” can be viewed now at YouTube.com/Kia. As one of the fastest growing car companies in the U.S. over the last five years1, Kia returns as a Super Bowl advertiser for the fourth straight time, including the previously released “Space Babies” spot for the new 2014 Sorento CUV. “Hotbots” is a fully integrated marketing campaign incorporating TV, digital, print, social media and in-dealership components.

Available in LX and EX trims, the all-new Forte sedan is scheduled to arrive in retail showrooms in late-first quarter or early second quarter 2013 and will be followed later in the year by 5-door and Koup variants. Sitting on an all-new chassis that is longer, wider and lower than its predecessor, the all-new Forte will offer more room, more fun-to-drive performance, new cutting edge technology, several premium amenities and a choice of an efficient 1.8-liter engine (LX) or a more powerful 2.0-liter engine (EX). With an aggressive stance and broad shoulders, the all-new Forte’s modern aesthetic was influenced by European sport sedan styling and penned at Kia’s U.S. design studio in Irvine, Calif. Optional Flexsteer™ technology puts the driver firmly in control with a choice of three settings – Comfort, Normal and Sport – which vary steering feel and effort at the touch of a button.

Kia: One of the World’s Fastest Moving Global Automotive Brands

Kia Motors America is one of only three auto brands to increase U.S. sales in each of the past four years, and in 2012 the company surpassed the 500,000 unit mark for the first time. With a full line of fun-to-drive cars and CUVs, Kia is advancing value to new levels of sophistication by combining European-influenced styling – under the guidance of chief design officer Peter Schreyer – with cutting-edge technologies, premium amenities, affordable pricing and the lowest cost of ownership in the industry. Kia recently joined the exclusive ranks of Interbrand’s “Top 100 Best Global Brands,” and is poised to continue its record-breaking momentum with seven all-new or significantly redesigned vehicles arriving in showrooms in 2013. Over the past decade Kia Motors has invested more than $1.4 billion in the U.S., including the company’s first U.S. assembly plant in West Point, Georgia – Kia Motors Manufacturing Georgia (KMMG) – which is responsible for the creation of more than 11,000 plant and supplier jobs. The success of the U.S.-built* Optima and Sorento in two of the industry’s largest segments has fueled Kia’s growth and is complemented by Kia’s comprehensive lineup which includes the Sportage compact CUV, Soul urban passenger vehicle, Optima Hybrid, Forte compact sedan, 5-door compact hatchback and Forte Koup two-door coupe, Rio and Rio 5-door sub-compacts and Sedona minivan.

Kia Motors America is the marketing and distribution arm of Kia Motors Corporation based in Seoul, South Korea. KMA offers a complete line of vehicles through more than 765 dealers throughout the United States and serves as the “Official Automotive Partner” of the NBA and LPGA. In 2012, KMA recorded its best-ever annual sales total and gained U.S. market share for the 18th consecutive year. Kia is poised to continue its momentum and will continue to build the brand through design innovation, quality, value, advanced safety features and new technologies. 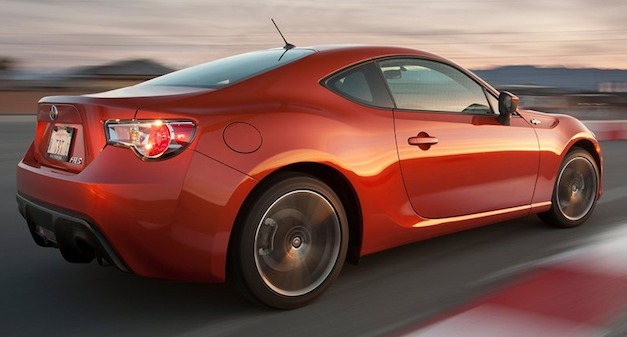