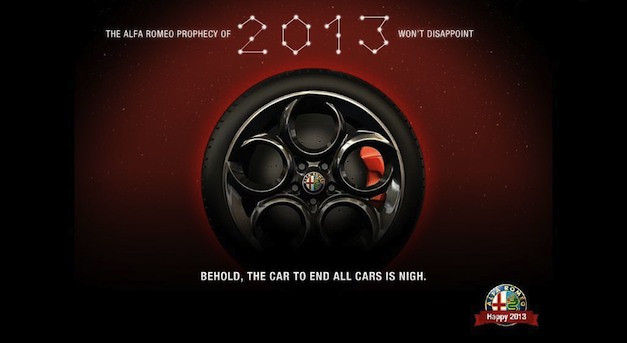 DetroitNews reportedly has once again confirmed with Fiat SpA CEO Sergio Marchionne that the much anticipated Alfa Romeo 4C lightweight sports car is heading our way by the end of this year.

“We’re finalizing the car now, so it should be here by the end of the year,” Marchionne told DetroitNews following this year’s North American International Auto Show events. “It’s ready in the sense of all the work with architecture and types of models.”

Marchionne also said that the 4C and other US-bound Alfa Romeos will be built in Italy rather than the United States—despite most other foreign brands’ interest in building US market cars on North American soil.

“I think it’s going to create a lot of support for Alfa coming back to the United States,” Marchionne said confidently. “It’s ready in the sense that a lot of work has gone on in terms of architectures and models. We need to make sure we hit the powertrains.”

Additionally, the 4C is also being built as a joint project with Mazda. So that means Mazda’s MX-5 successor is planned to be based on the same lightweight platform as the 4C. This agreement occurred in May of 2012.

So far, Fiat’s grand plan is to launch nine new Alfa Romeos by 2016.

GM awards Armando Galarraga a 2010 Corvette Convertible for his pain