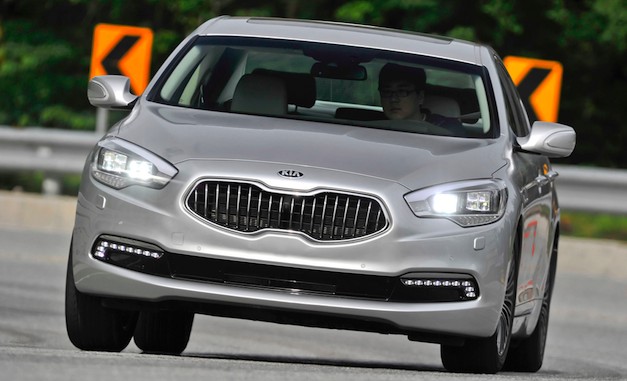 For the past decade, Hyundai’s main goal has been to get its Korean brand becoming a serious competitor among luxury brands like BMW, Lexus and Mercedes-Benz – well, it has really happened. Apparently, it’s Kia’s turn now- a brand owned by Hyundai.

According to Kia’s vice chairman Hyoung-Keun Lee, the automaker will become a premium global player over the next five years. He says that Kia’s lineup will eventually be on the same level in terms of style and sophistication as the top luxury German and Japanese brands.

Like Hyundai’s Equus, Kia offers a premium luxury vehicle called the K9 in Korea. The large luxury sedan will be making its way to the United States in 2014 under the ‘Quoris‘ name. Prices are expected to start around the $50,000 mark.

Can Kia do it? Even with Peter Schreyer, ex head of design at Audi, I think it’s practically impossible. What are your thoughts? Let me know in the comments section below.