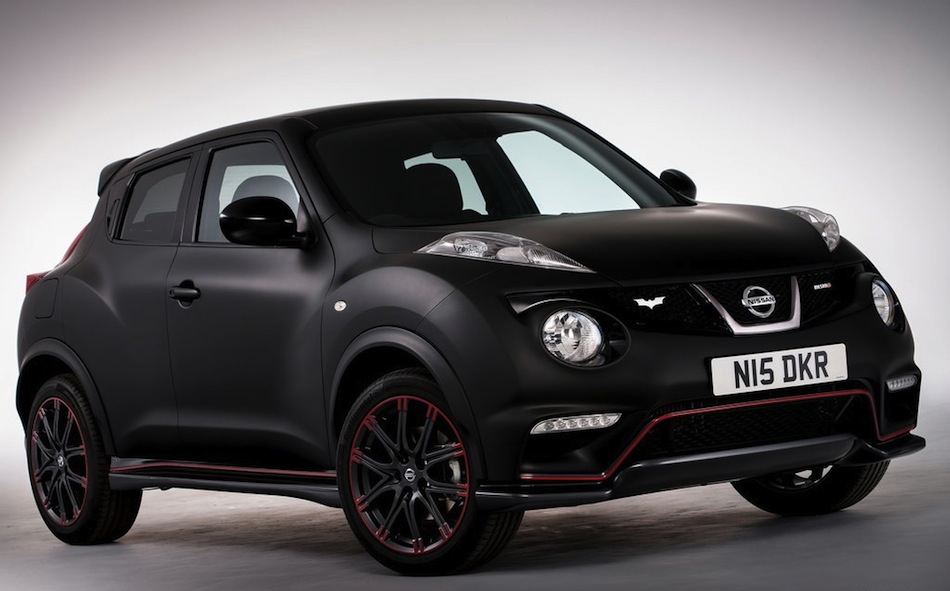 While Lamborghini usually gets top pick for brand placement in the new Batman series, Nissan is now jumping in on the action to celebrate the launch of the The Dark Knight Rises on Blu-Ray and DVD.

Check out more news on the Nissan Juke.

Nissan is offering a one-off Nissan Juke Nismo Dark Knight Rises model as a part of its partnership with Warner Bros and the release of the third film in Christopher Nolan’s Batman trilogy on DVD and Blu-Ray.

“Based on the new Juke Nismo, which goes on sale in January 2013, The Dark Knight RisesT Juke Nismo features the same 200PS 1.6-litre turbocharged engine driving the front wheels through a six-speed manual gearbox – giving it a 0-62mph time of 7.8 seconds – as well as a Nismo bodykit, uprated suspension and enhanced interior,” Nissan said in a statement.

Christina Aguilera arrested for being too drunk to drive Mustang

March 4, 2011 Omar Rana Comments Off on Christina Aguilera arrested for being too drunk to drive Mustang