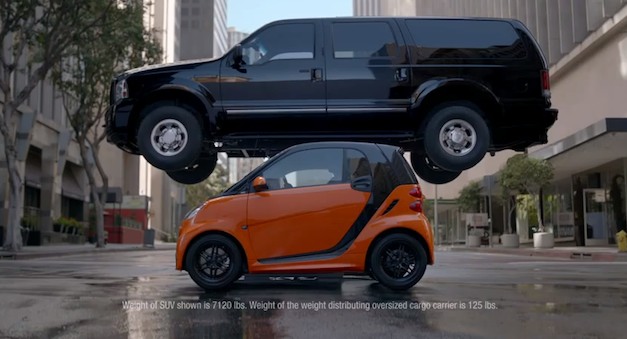 The ads will be running on TV, as well as online, with each of the three highlighting a differing feature of the car. One, called “Tough” shows off the model’s tridion safety cell, “Custom Made” brings all of the customization options to light, and “Joy Ride” shows off the car’s personality.

“We’re building on the extraordinary momentum we’ve had over the past year,” said Tracey Matura, General Manager of smart. “The last year was all about raising awareness of smart and the near-doubling of our sales volume shows that to know smart is to love it. Now we’re going to give people more to love.”

While the TV ads will be run during popular shows such as X Factor, Modern Family and Big Bang Theory, they will also be displayed online on equally notable sites such as BBC.com, CNN.com and NYTimes.com.

Hit the jump for the ads.

Volkswagen to team up with Suzuki for ultra compact car

June 25, 2009 Omar Rana Comments Off on Volkswagen to team up with Suzuki for ultra compact car