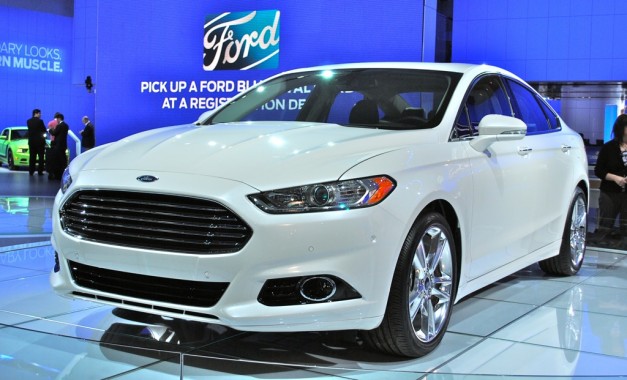 CARandDRIVER reports that the EPA has now assigned some fuel economy figures to the much anticipated 2013 Ford Fusion. Of course, we can expect the Fusion to be quite fuel efficient, especially since there’s no longer the offering of a V6 engine, just a variety of forced-induced four-bangers, one being a high-displacement naturally aspirated version, and one hybrid.

Speaking of which, the 2013 Ford Fusion Hybrid is the best choice for the fuel miser, as it’s been rated at a lofty 47/47 city/highway, which is not far off from the Toyota Prius’ 51/48.

The full gasoline powered Fusions however begin with the base 2.5L motor, then the turbocharged 1.6L and 2.0L EcoBoost four-bangers follow after as listed:

It was also noted that the 1.6L-equipped Fusions equipped with Ford’s optional engine stop-start system did not factor into the EPA ratings.

Video: This is how it looks on the inside when you crash an Aston Martin Rapide

April 20, 2011 Chris Chin Comments Off on 2013 Chevrolet Malibu ECO will be first to launch with others following