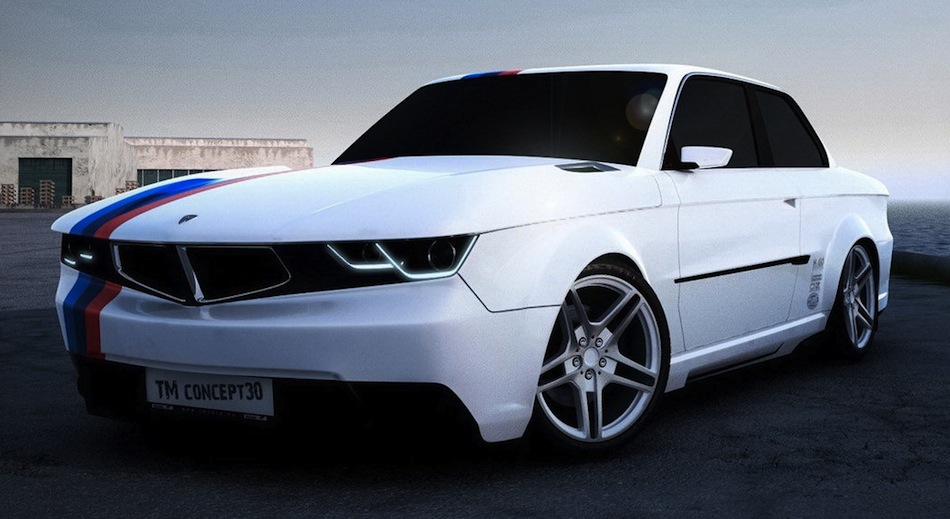 An interesting new styling kit has been revealed by Hungarian tuner TMCars for the BMW 3-Series, but it’s not for the new 2013 sedan.

The kit is for the E30 Coupe, the body style that ran from 1982-1990, and reflects the tuning house’s vision for what the car might be today had BMW continued to evolve upon this particular version instead of a complete redesign.

Dubbed the TM concept30, the E30 kit comes in time to celebrate the model’s 30th birthday, the kit completely updates the look of the car, and although slightly reminiscent of the updated muscle cars of today, still maintains the essence of the original.

TMCars achieved this by maintaining some of the key points of the E30’s design, they explain: “The shoulder line which runs from the headlamps along the sides to the taillamps. The line on the lower side of the body which connects the front intakes with the exhaust outlets, and the body wideline inbetween, which shapes the front and the rear bumpers, and runs along the sides as a fine edge.”

Two different versions were crafted for the TM concept30, a race version and a street version. Both are highlighted by their LED lamps shaped as intersecting trapezoids, the updated taillamps and the shark nose fascia that features satin black dividing inserts for the grille.

The street version keeps the glasshouse roof from the standard version, and maintains the original wheel arches and suspension, but offers up wider wheels.

The race version offers custom-fit wheel arches to accommodate wheels and suspensions of a driver’s choice, and keeps the glasshouse roof as well, but widens the C-pillar.

Both versions have been made to comply with European regulations and are street legal, but are waiting for customer response to see of the concept30 will actually make its limited production run.

September 9, 2011 Omar Rana Comments Off on 2012 Chevrolet Camaro ZL1 will make 580-hp, that makes it the fastest Camaro ever