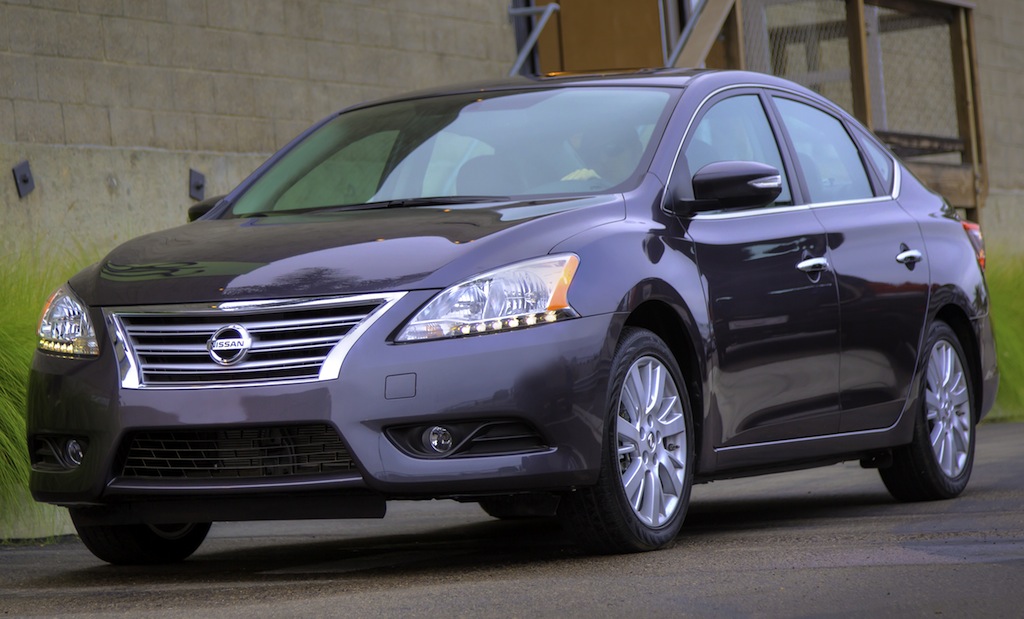 It has been totally redesigned inside-out, it has lost 150 pounds, it has received a new heart, new technology and better fuel-economy – it’s time to met the new 2013 Nissan Sentra.

“The 2013 Nissan Sentra is the most revolutionary design in the nameplate’s 30-year history, a worthy addition to what is without question the most innovative, highest quality, highest value sedan lineup in Nissan history,” said Al Castignetti, vice president and general manager, Nissan Division, Nissan North America, Inc. “With the complete redesign for 2013, Sentra is closer in look and feel to Altima than a typical compact sedan. Like Altima, the new Sentra offers best-in-segment attributes, such as high fuel economy and easy-to-use connectivity, that offer real customer value and convenience.”

Besides being better looking than ever before, the 2013 Nissan Sentra gets a bunch of upgrades on the inside including leather seats (depending on model), available Maple wood-tone trim, rear seat legroom of 37.4 inches, 60/40 folding design, Dual Zone Automatic Temperature Control, available sound system including a 6-speaker AM/FM/CD system with 4.3-inch color display, USB connection for iPod or a Bose Premium audio system with eight speakers and an amplifier. You also get SiriusXM Satellite Radio, Bluetooth, NissanConnect with Navigation including a Hands-Free Text Messaging Assistant, RearView, push-button start and more.

Power comes from a 1.8 liter DOHC 4-cylinder engine making 130-hp and 128 lb-ft of torque. When combined with a regular Xtronic CVT, fuel-economy comes in at 30/39 mpg (city/highway). If you opt for the FE+ models, the Sentra can get up to 40 mpg highway.

The 2013 Nissan Sentra is available in a range of models including S, FE+ S, SV, FE+ SV, SR and SL trim levels. All models come with standard Xtronic CVT, except the base Sentra S that is available with a choice of 6-speed manual or CVT.