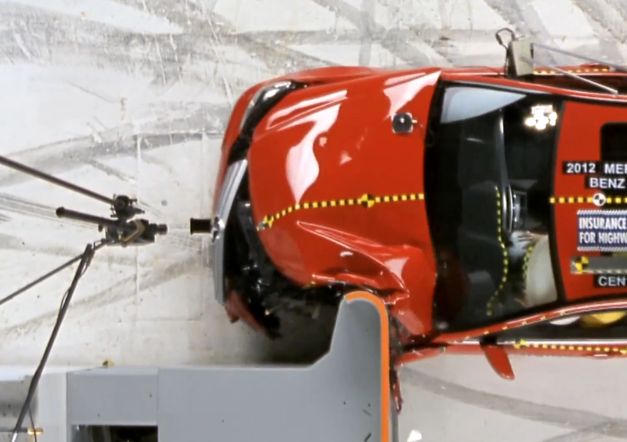 The Insurance Institute for Highway Safety has revealed a new frontal crash test method and is their first new method ever since 1995. The method is called the new “small overlap frontal crash test,” which tests vehicles traveling at 40 mph into barrier at the front driver-side ¾ panel.

“These are severe crashes, and our new test reflects that,” said IIHS President Adrian Lund in their press release. “Most automakers design their vehicles to ace our moderate overlap frontal test and NHTSA’s full-width frontal test, but the problem of small overlap crashes hasn’t been addressed. We hope our new rating program will change that.”

Though most of the cars put to the test rate fairly well across the spectrum in terms of safety guidelines dictated by the NHTSA and federal government, the IIHS’s new crash test hopes to invoke change to the already preexisting automobile safety rating system.

Check out the videos after the jump along with supplied video.