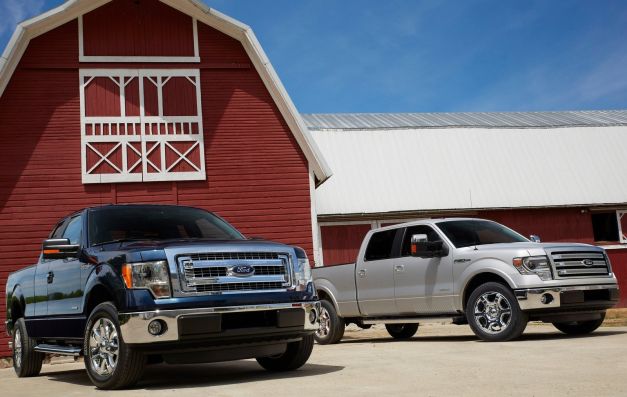 Ford is planning its next generation F-150 pickup truck, and is leaning towards using aluminum for the majority of the body. This move, according to Edmunds.com, would ‘petrify‘ the competition, as it would lighten the curb weight and improve the fuel economy.

“The competitors are petrified by the breakthroughs that Ford might make in weight reduction and fuel economy,” said Edmunds.com Senior Analyst Michelle Krebs. “The F-150 is already the dominant truck in the marketplace, and if Ford can convince its customers that an aluminum truck can withstand the same paces that their current trucks endure, then this could shake up the segment even more than when Ford introduced EcoBoost in 2011.”

Pricing and EPA ratings are still unavailable, but we do know it should improve over the current model’s 3.50liter V6 engine’s 16/22 city/highway mpg average. As for pricing, that may go up from the 2012’s starting price of $24,495, as analysts are predicting an estimated $1,500 increase in cost for trucks built with the aluminum material.

A further incentive for Ford to pick up the material for its next F-150 is the consumer response to improved fuel economy in large vehicles. For example, the 2011 F-150 with EcoBoost, considerations for the model went up 10 percent in the few months preceding its sale date. In addition, improving the fuel economy will help meet the new 35.5 mpg fleet average now required by CAFÉ for 2016.