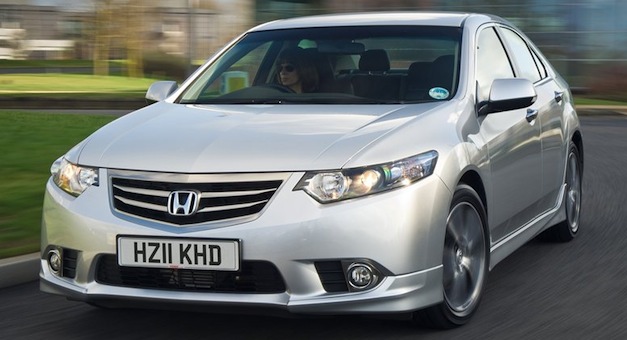 With so many factors working against the Honda Accord in the UK, Honda has yet to develop a plan for the model’s next generation.

Accord sales figures have taken a hard hit recently, dropping from around 10,000 a year to roughly 2,500 per year. Given that kind of decline, Honda is considering the possibility of pulling the model out of its UK line-up.

High tax penalties issued to automakers in the UK based on CO2 are largely to blame for the dip. Automakers are pushing out smaller units like the Golf to compensate, making it more difficult to sell cars in the D-segment and keeping the competition fierce.

Honda also imports its Accord into the UK from Japan, narrowing its profit margin with the yen’s exchange rates.

Still, Britain holds 93 percent of Honda’s auto sales in the UK, so Honda’s next move will have to be chosen carefully to shift sales figures.

Video: Chevrolet boasts 2016 Malibu is insanely tested with four decades worth of data

March 17, 2015 Chris Chin Comments Off on Video: Chevrolet boasts 2016 Malibu is insanely tested with four decades worth of data

Bugatti Galibier Concept Unveiled: It’s one of the “several” concepts under consideration for the next Bugatti