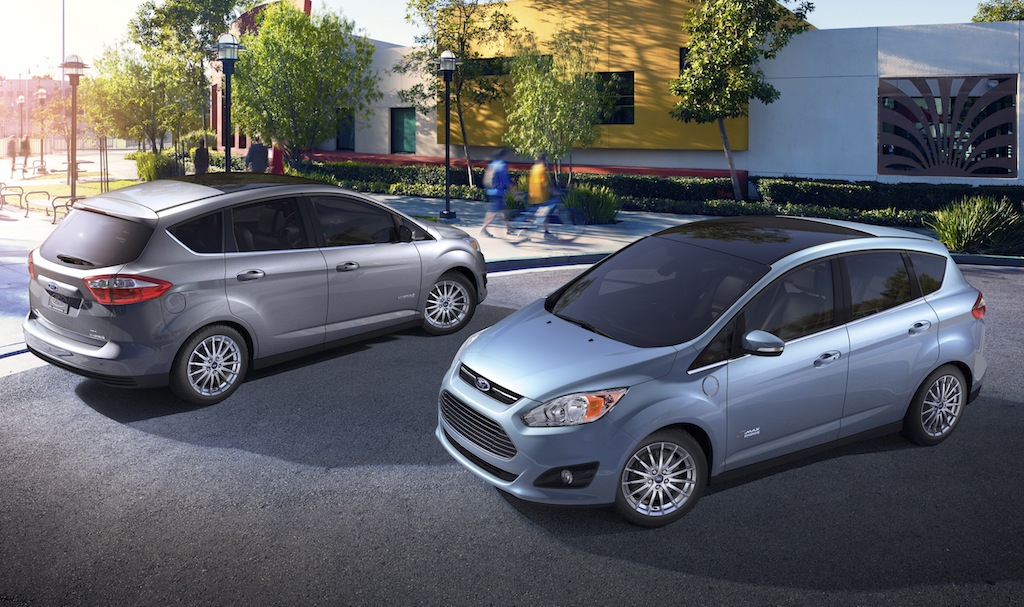 Ford’s latest economical people carrier, the 2013 C-Max Energi plug-in electric hybrid, has been making quite the buzz as of recent, touting great potential for being more powerful, yet more economical than the industry’s pinnacle, the Toyota Prius Plug-In Hybrid. That said, some official results are reportedly out from Ford themselves and it seems that they may be living up to their expectations.

Ford has apparently revealed that the C-Max Energi will be able to drive on battery power for 20 miles, while the C-Max Energi’s total distance was recorded to be around 550 miles altogether. For comparative purposes, the EPA says that the Prius Plug-In Hybrid can drive for 11 miles on just electric power, while only being able to travel a total of 540 miles.

As a refresher, the 2013 Ford C-Max Energi is powered by a hybrid powertrain featuring a 2.0L four-banger, an electric motor/generator, and some laptop batteries. Total output is rated at 188hp.