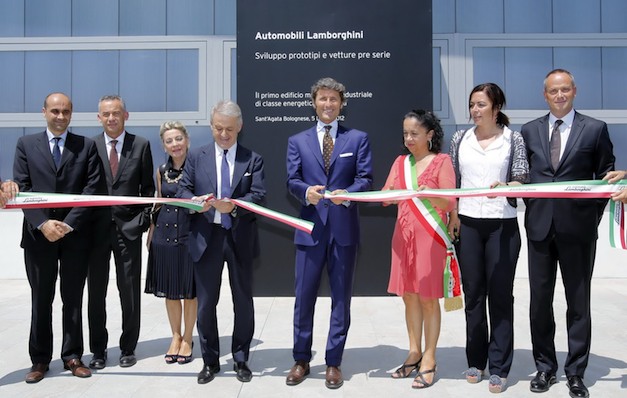 Volkswagen Group has opened up a new facility in the Sant’Agata Bolognese just for the Lamborghini brand.

The new location houses multiple stores, and will handle aspects of concept model production including design, development, and a very small assembly line that reflects what the assembly steps would be for a model in production. In addition, the Sesto Elemento, and other small series models will be produced using the ‘mini’ line.

“The miniature line will be used to carefully study the steps in assembling pre-series models, so that high standards of quality can be reached during subsequent industrial production,” said Lamborghini in a statement.

Lamborghini noted that its new structure earned a Class A energy certification, making it the first in its likeness to keep yearly energy consumption below 8 Kwh/m3.

The supercar company also revealed at the inaugural ceremony that it will be donating part of its 50th anniversary celebration proceeds to help rebuild the Emilia area that suffered damages to significant landmarks and cultural artifacts during May’s earthquake.

Looks like the VW Group has exciting things brewing for the Lamborghini brand.