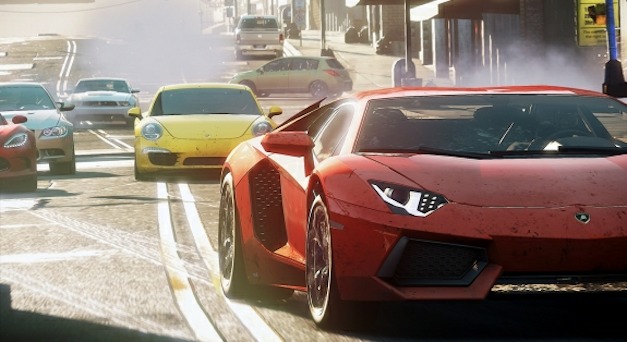 The Fast and Furious crew better keep looking in its rear-view-mirror – DreamWorks Studios has just confirmed that it will be producing a feature film based on EA Games Need for Speed franchise.

The original story was developed by Brothers George and John Gatins with George writing the film’s screenplay. EA will produce the movie along with John Gatins and Mark Sourian. The team has tapped into Scott Waugh (Act of Valor) to direct the movie. DreamWorks said in a statement that the project is fas-tracked with a target production start date for early next year, for a 2014 release.

“I’m excited about getting back into the creative trenches with John and George Gatins and my partners at EA to bring to life an exhilarating script based on an epic video game that seems to have been made for the movies,” said Steven Spielberg, DreamWorks Chairman. “This is a big piece of business for DreamWorks and we are grateful to Frank Gibeau, Pat O’Brien, Kevin Maher and John and George for choosing us to deliver their goods.”

The Need for Speed franchise has a huge following in the video game world with more than 140 units sold since the release of the first title. The series has generated an estimated $4 billion in retail revenue.

April 8, 2011 Omar Rana Comments Off on Anderson Germany’s Ferrari 458 Italia Black Carbon Edition is as stealth as it gets