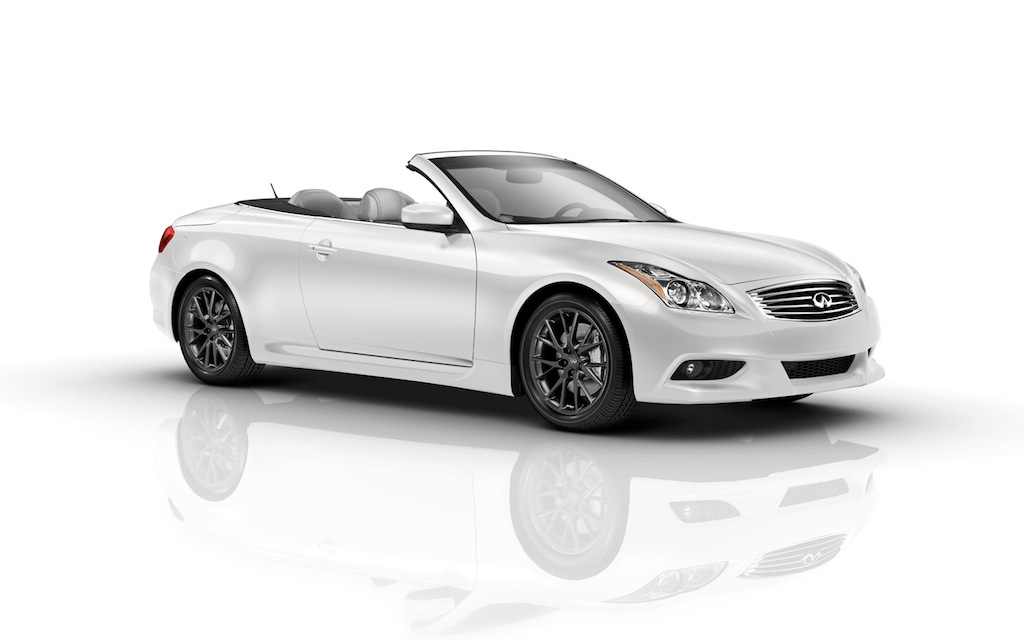 Infiniti has been tightening their aim at the proverbial sports luxury segment against the likes of BMW, Mercedes-Benz, Lexus, and Audi. As part of this process, Infiniti introduced their Infiniti Performance Line, or IPL, which is supposed to be synonymous to Lexus’s F-Line, BMW M-Division, Mercedes-Benz AMG, and Audi S.

The latest addition to the IPL line is the IPL G Convertible and just recently, its price was announced!

Beginning at $61,495, it may seem a bit steep for an Infiniti. But there’s more to it as the IPL G Converitble’s 3.7L VQ V6 was upped to 343hp while being mated to a seven-speed automatic. Additionally, the IPL G comes with a specially tuned sports exhaust, a folding hardtop, 19-inch wheels and climate-controlled seats.

In the same bit of news, Infiniti also celebrated their recent win at the Monaco Grand Prix. To add, Infiniti had F1 driver Marc Webber rendezvous with Red Bull Air Force Manager Jon DeVore at a wind tunnel in Montreal, Canada. There, they both taught each other about their own respective fields and as a result, Webber piloted an IPL G Convertible while DeVore jumped out of a plane at 5,000 feet and successfully landed in the IPL G Convertible.

According to both Webber and DeVore, the stunt was successful.