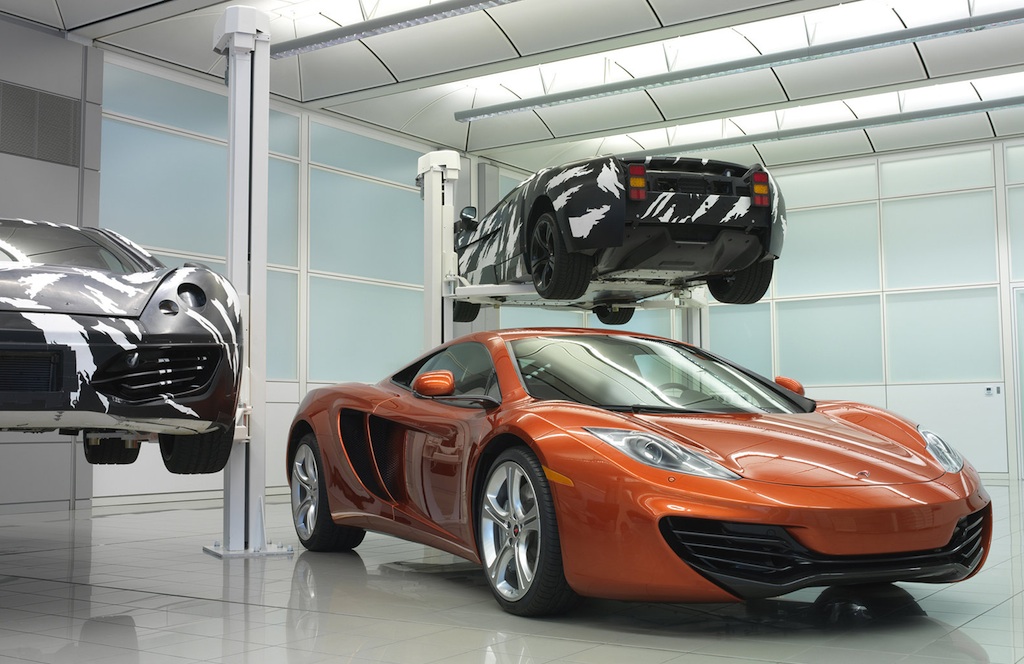 Although the McLaren MP4-12C has only been with us in production form for about a year, after some widespread criticism when compared to its rivals, McLaren sought to update its only production car to curtail those complaints. For those of you who follow BBC’s Top Gear UK, you may recall Jeremy Clarkson criticizing the MP4-12C for its lack of “pizzazz” and theatrics when compared to the likes of the Ferrari 458 or the Lamborghini Aventador, despite the clever suspension and neck snapping handling and speed.

The result is an updated MP4-12C. Beginning with the most important part, the MP4-12C’s twin-turbocharged 3.8L V8 had its electronic brain reprogrammed. The result squeezed an extra 25hp out of the V8 for a grand total of 618hp. In tandem, McLaren also flashed the cog swapper’s computer as well. Additionally, the updated ECU allows for more engine noise to enter the cabin via a valved sound tube that’s connected to the intake. Owners will also be able to adjust the valve themselves.

Inside, the MP4-12C gets a reworked infotainment system, which now incorporates a navigation function and Bluetooth connectivity. The reason why navigation is a big addition for the supercar is because upon its first release, the software was not ready, though the MP4-12C’s equipment was.

Added as an option is a new suspension lift mode that allows the ride height of the car to be raised at low speeds for the more difficult maneuvers. Solving the complaint about the MP4-12C’s radio reception is a new antenna.

To make sure that customers are happy, McLaren also apparently said that they’ll retrofit all of the aforementioned upgrades to existing MP4-12C’s at no charge, excluding the optional suspension lifty mode.

The new 2013 McLaren MP4-12C will hit the local showrooms later this year in September, while the retrofitting will begin in the following month of October. Prices will come closer to those dates.

Video: BMW Vision ConnectedDrive caught on the streets of Berlin

May 17, 2011 Omar Rana Comments Off on Video: BMW Vision ConnectedDrive caught on the streets of Berlin