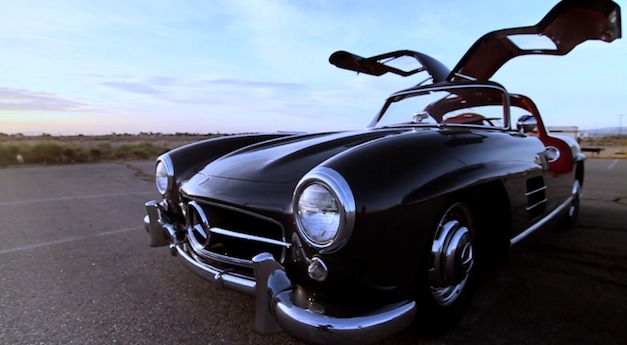 The Mercedes-Benz 300SL Gullwing is by far one of the most iconic cars in all of history; there’s no doubt about it and to tell you guys is like reminding you that the sky is blue on a clear day. Though, not everyone wholly understands why the 300SL, to this day, remains a classic that everyone should be familiar with. It’s simply a case of respecting your elders.

The reasons why the 300SL is so remarkable can be found by a simple Google search, so I won’t beat a dead horse. But simply put, its engine was enough of a statement, displacing three directed-injected liters to produce 215hp and 203 lb-ft of torque. That’s right, you read correctly, a mechanically direct-injected 3.0L straight-six in 1957—most manufacturers have just started standardizing direct injection in the last decade.

Synonymously, the 300SL Gullwing is Germany’s Jaguar E-Type, only the SL preceded the E-Type by four years.

It is certainly a short film that was well put together and very much worth the watch. Not only does it serve as a reminder as to how I became a guy to love Mercedes-Benzes, but it should remind us all of the cars that made us into the petrolheads that we are and the stories that follow.

Mercedes-Benz SLC Gullwing will be badged as an AMG model

August 7, 2008 Omar Rana Comments Off on Mercedes-Benz SLC Gullwing will be badged as an AMG model

Mercedes-Benz Gullwing coming in 2010, production to run only 2 years

September 23, 2008 Omar Rana Comments Off on Mercedes-Benz Gullwing coming in 2010, production to run only 2 years