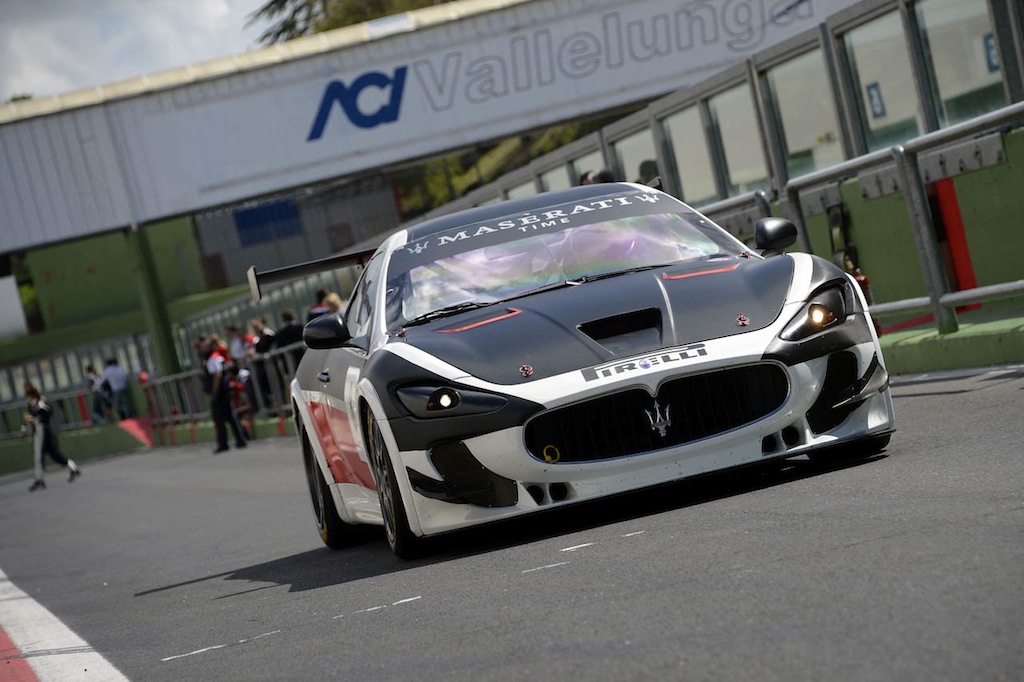 A new version of the Maserati GranTurismo is out! But, no, it’s not for production, but rather for some competition in the 2012 Trofeo MC World Series. Where as Ferrari has their Challenge racers, Porsche their Carrera Cup, and so on, Maserati’s version is called the Trofeo World Series.

Featuring a more aerodynamic bodykit and reduced weight, the new GranTurismo MC’s test results lapped 2.5 seconds better than the previous setup in 2011. So for its third year in action, the GranTurismo MC is sure to provide some high-speed entertainment when looping around the world’s greatest racing circuits.