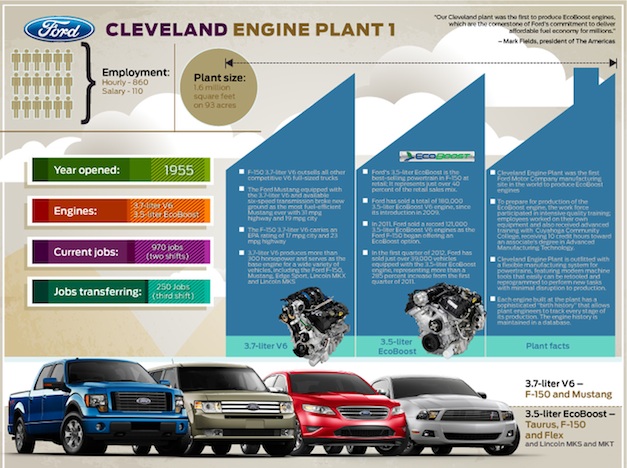 FoMoCo announced today that demand for its 3.5 liter EcoBoost and 3.7 liter V6 engine is so strong that the company will be adding a third shift to its Cleveland Engine Plant to meet the growing need.

The third shift, requiring approximately 250 jobs, primarily will be filled by employees transferring from Cleveland Engine Plant No. 2, which is ending production.

“Our engine plant in Cleveland is the first and only facility in North America to produce EcoBoost engines, and we are tripling production capacity to meet customers’ growing needs for fuel-efficient engines,” said Mark Fields, president of The Americas, at an employee celebration at the plant today.” EcoBoost engines are a key part of our plan to give customers the power of choice – from EcoBoost-powered vehicles and hybrids to plug-in hybrids and full electrics.”

November 16, 2011 Omar Rana Comments Off on A look into how GM’s stock lost third of its value after going public