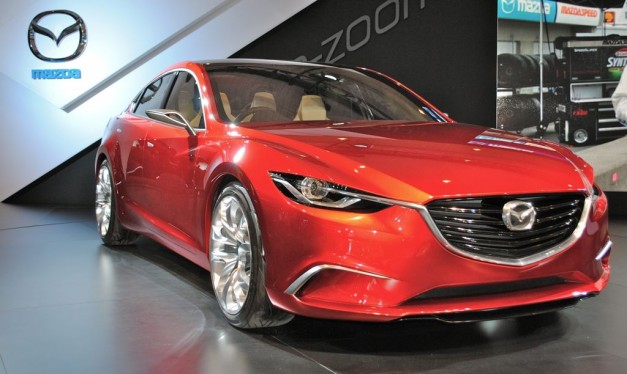 Auto shows tend to be followed by a series of news reports that give the world some details regarding the futures of automobile manufacturers. In the spotlight now is the Mazda brand, which after an interview with Robert Davis, Mazda’s senior vice president of US operations, announced some new plans for their future lineup, including details about a possible new rotary engine.

Beginning with the news about the rotary, Davis made sure to emphasis that the Mazda brand will not do away with the rotary engine as Mazda clearly embraces the unique motor design as part of the brand’s soul. Mechnically however, Davis also said that Mazda’s new Skyactiv technology could find its way to being paired up with the brand’s new rotary design. The updated tech includes reduced internal friction, reduced rotating mass, and pairing with more-efficient transmissions.

He added that the rotary’s top refinement, low torque and low weight give it the ideal advantages to being paired up with an electric generator.

In other Mazda news, the CX-7 crossover gets the axe in the US considering that the new mid-sized CX-5 is more fuel and space efficient than the latter. The CX-7 was hard to compare to the competition because it was sized between compact and mid-sized crossovers. But because the CX-5 isn’t replacing the CX-7 like Mazda had planned due to an overlap in production contracts, some have pondered a CX-7 replacement that would be better fitted between the CX-5 and CX-9 in the lineup.

Additionally, Mazda has no plans to continue producing a V6 engine. While only two models—the Mazda6 sedan and the CX-9—are the only ones to feature a V6, Davis told reporters that the next generation Mazda6 sedan will be light enough to make do with just four-cylinders with a potential hybrid version in the mix. The CX-9 could possibly see the same treatment, except with beefier turbocharging.