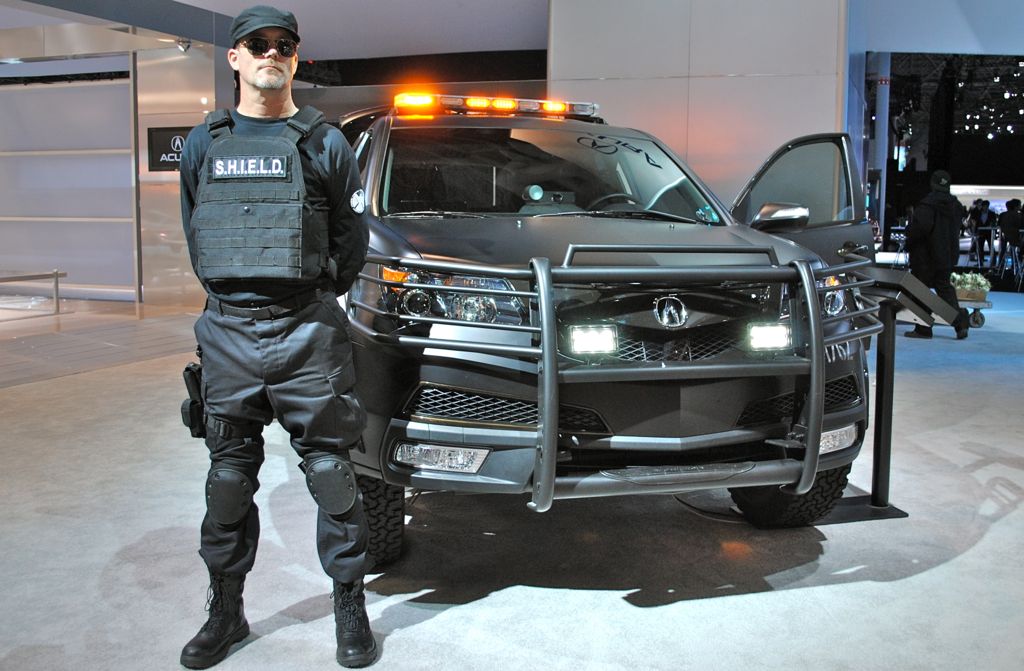 In lieu of the epic looking Marvel film, The Avengers, Acura teamed up with the film producers to feature some of their recent products in the much anticipated comic book based-film. Starring in the film, beside the group of famous actors and actresses, are the new 2013 RDX, the MDX, ZDX, and the TL, which are driven by special S.H.I.E.L.D. Agents, the international peacekeeping agency in the Marvel Universe. Additionally, Acura also announced ‘an Acura convertible sports car was created specifically for the film.’ Can anyone guess what car that is?

One of examples seen in the film was put on display here today at the 2012 New York International Show, featuring the Acura MDX full-size crossover.

You can check out the decked out Acuras at http://www.SHIELDops.com, and there you can enter for our chance to win movie passes, S.H.I.E.L.D. gear, a replica of the “Acura convertible sports car,” which by the way, if you haven’t figured it out, it’s the new NSX Convertible Concept, and a virtual keyboard. The grand prize however is an all-expense-pad Tony Stark-inspired trip to New York City.