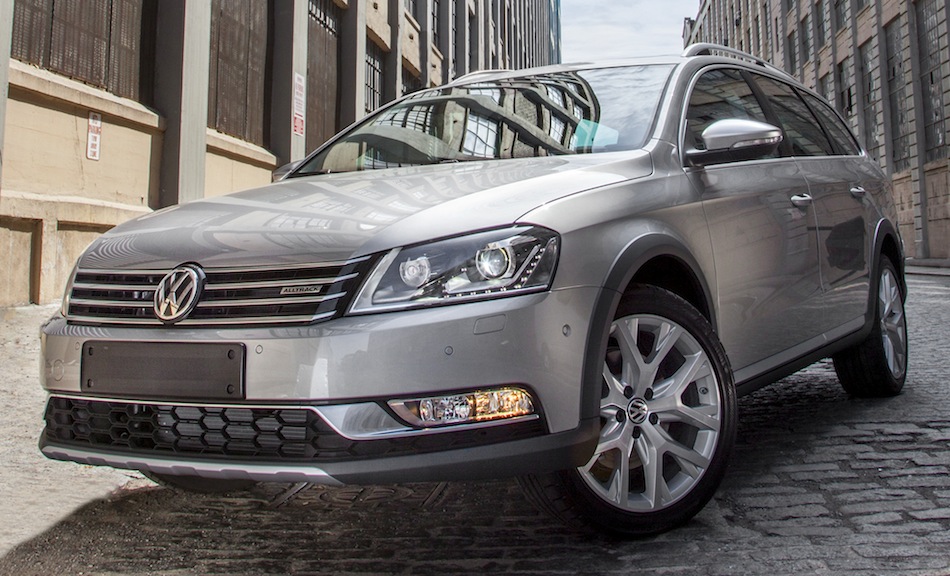 For those that want the utility of an SUV without the size of an SUV, the choices are quite limited in the United States. To gauge the desire of such a vehicle for the North American market, Volkswagen will show its Passat Alltrack Concept at the 2012 New York Auto Show.

“This car closes the gap between passenger car and SUV,” Volkswagen said in a statement. “With chunky bumpers and flared side skirts, as well as a raised ride height, the Alltrack shows that it’s as comfortable off the beaten path as it is in the city.”

Power for the Volkswagen Alltrack Concept comes from a 2.0 liter turbocharged TDI Clean Diesel engine making 140-hp and 236 lb-ft of torque. The engine is mated to a 6-speed dual-clutch automatic transmission and a 4Motion all-wheel-drive system.

Don’t think for a second that the Volkswagen Alltrack Concept has no offloading capabilities. The model includes the following features to make it an off-loading king (or prince if you take into account the size):

Volkswagen is quick to point out that there are currently no plans to bring the vehicle to the United States. However, ‘the concept is set to gauge market reaction to a potential future model that is similarly sized and combines offroad ability with wagon versatility,’ V-dub said in a statement.