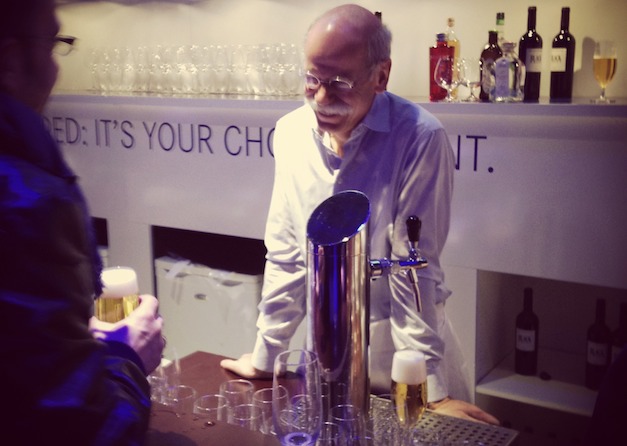 When you first see a picture of Dr. Dieter Zetsche, the Chairman of Daimler AG and Head of Mercedes-Benz Cars since 2006, you would expect him to be a very serious individual – I mean he’s the head of one of the most prestigious company’s in the world.

Basically, Zetsche is no joke – however, at the launch of the new 2013 Mercedes-Benz A-Class, Dieter Zetsche was full of laughs. Throughout his speed during the launch, Zetsche told jokes, took shots at his competitors and even threw on an apron and served his guests delicious German beer.

I happened to catch a short clip of Zetsche bar tending which you can see after the jump.