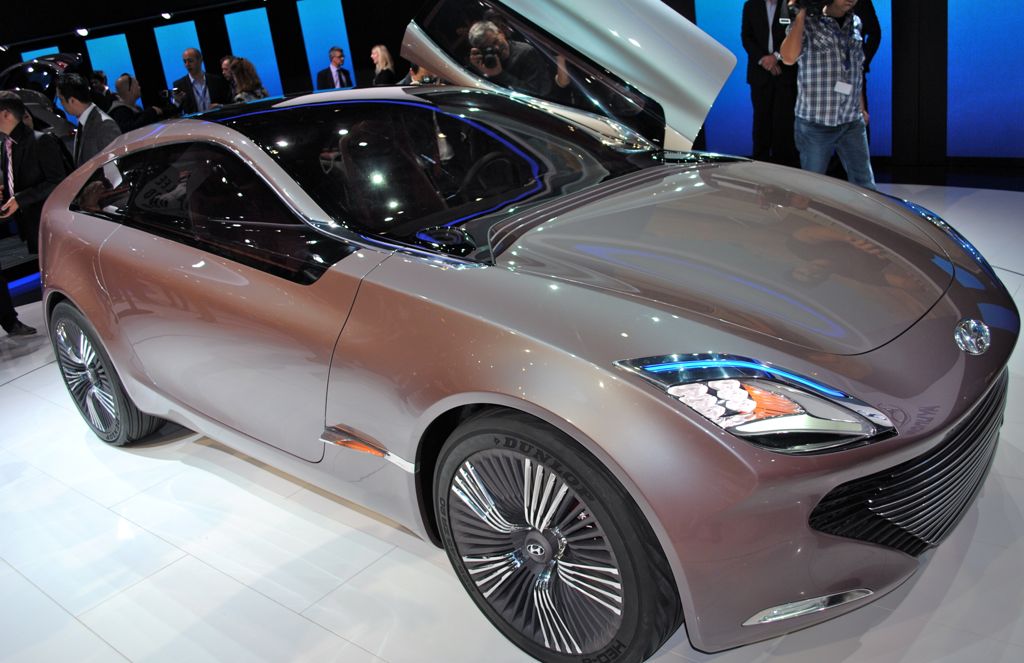 Making its public debut at the 2012 Geneva Motor Show is the new Hyundai i-oniq Concept, a study that showcases new technology and design that shows what the Korean automaker has in the works for the future. Measuring 4.4 meters long, the Hyundai i-oniq is considered an electric sports hatchback with a range-extending gasoline engine.

Hyundai says that the i-oniq Concept, which was designed at its European R&D centre in Germany, is an evolution of the company’s signature design language, fluidic sculpture.

“Two arched curves are the key theme behind i-oniq, creating a strong and playful contrast between sharp character lines and soft but muscular features,” said. Thomas Bürkle, Chief Designer at the Hyundai Motor Europe Technical Center. “The profile lines of the front fender run from front to back, emphasising i-oniq’s coupé appearance, while offering maximum visibility to occupants.”

Power comes from a 1.0 liter 3-cylinder gasoline engine producing 60-hp and a 79-hp electric-motor that gets its power from a lithium-ion battery back. The Hyundai i-oniq Concept can go 74 miles on electric-only mode with a total range of 435 miles. Top speed comes in at 90 mph.