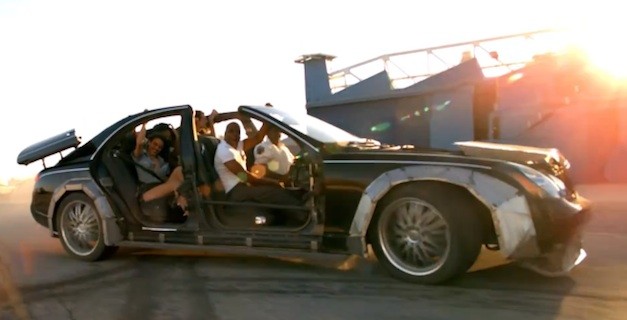 Last year, following the release of their ‘Watch the Throne’ album, rappers Jay-Z and Kanye West released a video for their single ‘Otis.’ The video featured a destroyed $350,000 Maybach in which they went joy riding along with a bunch of models.

Well, that exact Maybach is now going up for auction and is expected to bring in around $100,000 – or less than a third of its original worth. Proceeds from the action will go to benefit the Save The Children foundations.

“Jay-Z and Kanye West are towering figures in contemporary culture,” the auction house said in a statement. “They have greatly contributed to the artificial barriers between art, music, fashion, and cinema to come down. Their video for Otis became an instant classic. The Maybach they have transformed for it has the starring role.”

President and CEO of Save the Children, Carolyn Miles, said that money from the Maybach sale will go to families in East Africa.

You can check out the Otis video after the jump.

2012 Mercedes-Benz S-Class to get coupe and convertible variants